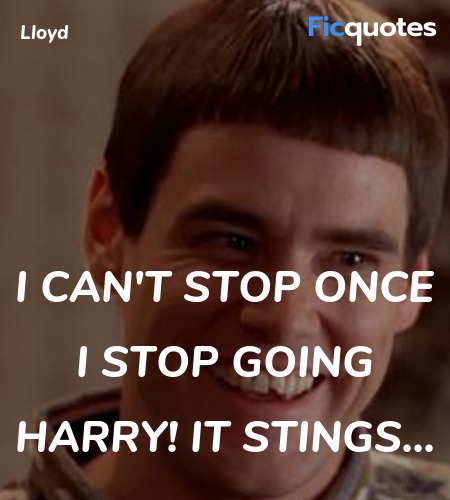 I can't stop once I stop going Harry! It stings... 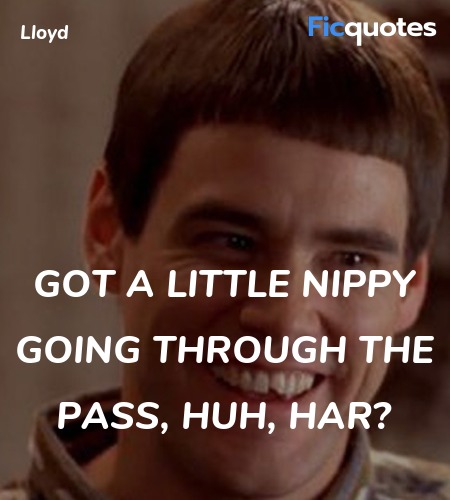 Got a little nippy going through the pass, huh, Har? 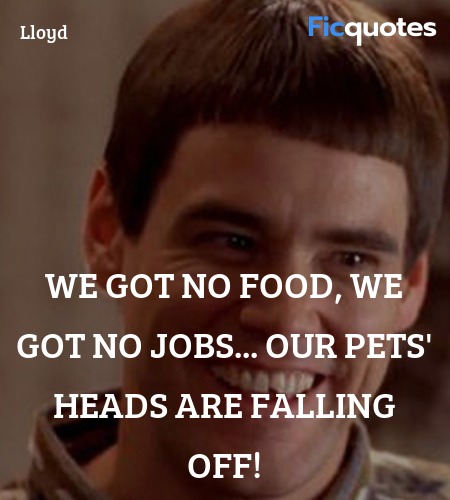 We got no food, we got no jobs... our PETS' HEADS ARE FALLING OFF! 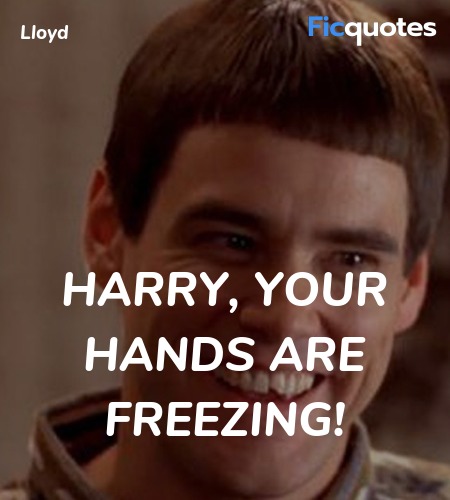 Harry, your hands are freezing!

They got the Monkees. They were a major influence on the Beatles.

Wanna hear the most annoying sound in the world?

Airport Clerk : Sir, you can't go in there!
Lloyd Christmas : It's OK, I'm a limo driver!

Gas man. How the hell did they know that I got gas?

Shut up! Now we don't even know who the hell they are! You don't kill people you don't know. That's a rule.

Who are these sick people?

According to the map, we've only gone 4 inches.

Who's got the foot long?

OK, gang, you know the rules, no humping, no licking, no sniffing hineys.

What are you, a camel?

She gave me a bunch of crap about me not listening to her, or something. I don't know, I wasn't really paying attention.

You know, Lloyd, just when I think you couldn't possibly be any dumber, you go and do something like this... and totally redeem yourself!

You know, on second thought, you might just want to run a comb through 'em.

How about you go over and introduce yourself, build me up, that way I don't have to brag about myself later.

Joe Mentalino : Briefcase ain't here, they must've taken it with them.
J.P. Shay : Well, he's gotta come home sometime.
Joe Mentalino : Maybe we should trash the place, send them a little message.
J.P. Shay : I don't think he's gonna get that message Joe, I mean, the guy's got worms in his living room.

Some people just aren't cut out for life on the road.

We have plenty of towels - thanks!

Excuse me. Could you tell me how to get to the medical school? I'm supposed to be giving a lecture in 20 minutes, and my driver's a bit lost.

We don't usually pick up hitchhikers. But I'm-a gonna go with my instincts on this one. Saddle up, partner!

Harry, you're alive. And a horrible shot!

I get 70 miles to the gallon on this hog.

If I know Mary as well as I think I do, she'll invite us right in for tea and strumpets.

Husband? Wait a minute. What was all that "one in a million" talk?