Directed by: Sydney Pollack
Written by: John Grisham, David Rabe
Starring: Tom Cruise, Jeanne Tripplehorn, Gene Hackman
Released on: June 30, 1993
Taglines: They made him an offer he should have refused 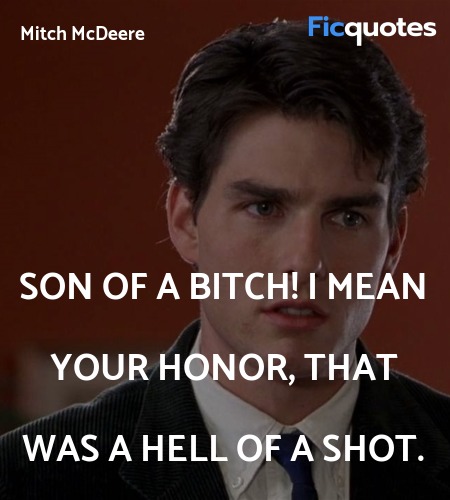 Son of a bitch! I mean your Honor, that was a hell of a shot. 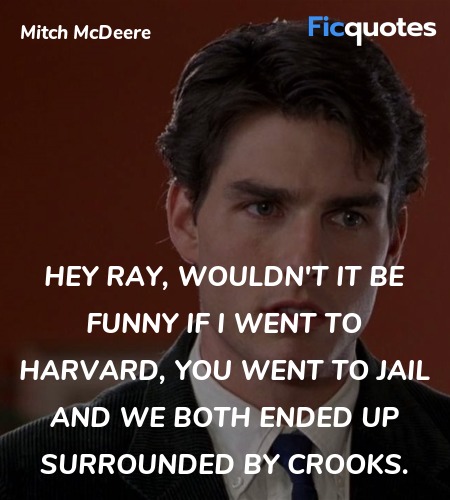 Hey Ray, wouldn't it be funny if I went to Harvard, you went to Jail and we both ended up surrounded by crooks. 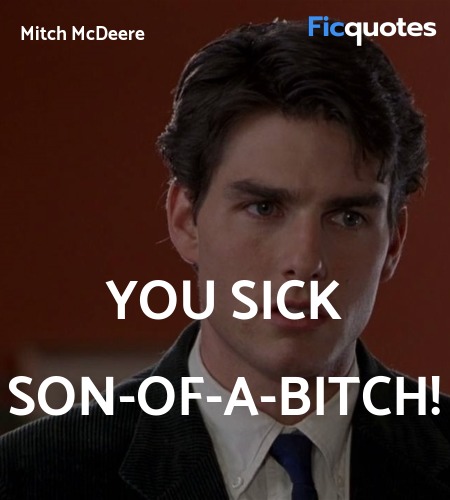 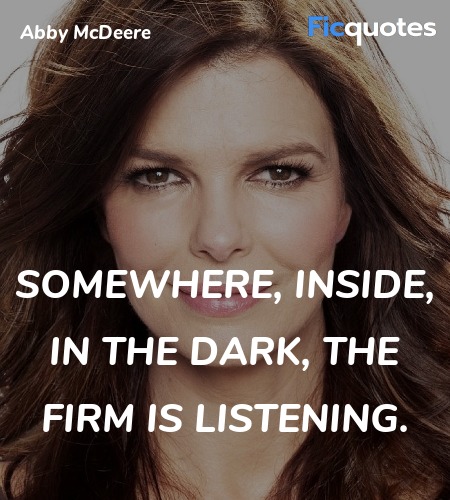 Somewhere, inside, in the dark, the firm is listening.

Abby, the girl on the beach was a setup. They do things like that, in case the other enticements don't work.

Being a tax lawyer's got nothing to do with the law. It's a game. We teach the rich how to play it so they can stay rich. The IRS keeps changing the rules so we can keep getting rich teaching them. It's a game...

Wayne Tarrance : How about you get down on your knees and kiss my ass for not indicting you as a co-conspirator right now, you chickenshit little Harvard cocksucker?
Mitch McDeere : I haven't done anything, and you know it!
Wayne Tarrance : Who gives a fuck? I'm a federal agent! You know what that means, you lowlife motherfucker? It means you've got no rights, your life is mine! I could kick your teeth down your throat and yank 'em out your asshole, and I'm not even violating your civil rights!

Wayne Tarrance : Man, I don't understand you. What'd you do it for? You didn't win a thing.
Mitch McDeere : Oh, yes I did. I won my life back. YOU don't run me, and THEY don't run me!

Avery Tolar : Do you think l'm talking about breaking the law?
Mitch McDeere : No, I'm just trying to figure out how far you want it bent.
Avery Tolar : As far as you can without breaking it.

You want to know something funny? You actually made me think about the law. I managed to go through three years of law school without doing that.
Mitch McDeere : It's you at the track. I could have gone public with it.
Wayne Tarrance : Then why didn't you?
Mitch McDeere : It's against the law.

We hope you enjoyed reading The Firm quotes. Browse other movie quotes on Ficquotes also. If you think we missed any quote from The Firm, please send it to us so we can expand our collection of the best The Firm quotes.