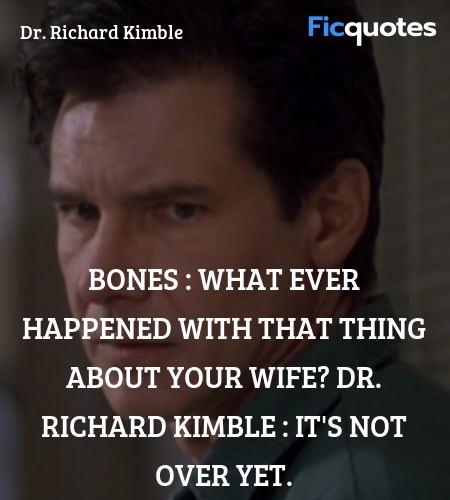 Bones : What ever happened with that thing about your wife?
Dr. Richard Kimble : It's not over yet. 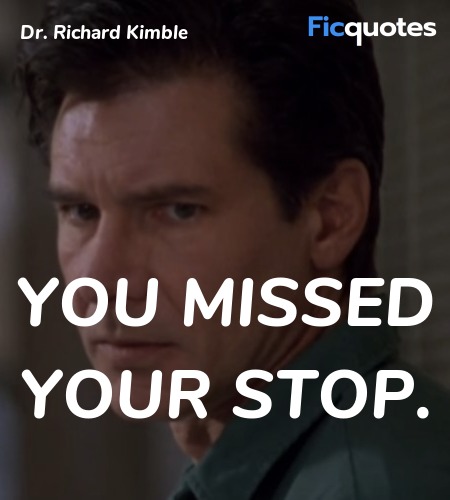 You missed your stop.

All right, listen up, ladies and gentlemen, our fugitive has been on the run for ninety minutes. Average foot speed over uneven ground, barring injuries, is 4 miles per hour. That gives us a radius of six miles. What I want from each and every one of you is a hard-target search of every gas station, residence, warehouse, farmhouse, henhouse, outhouse and doghouse in that area. Checkpoints go up at fifteen miles. Your fugitive's name is Dr. Richard Kimble. Go get him. 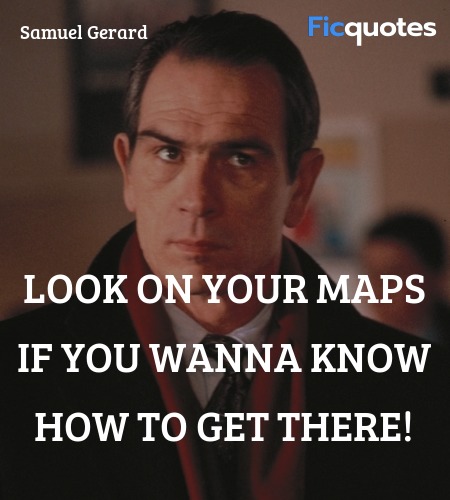 Look on your maps if you wanna know how to get there! 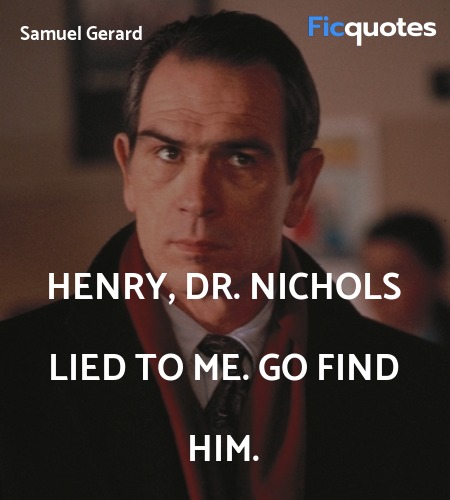 Henry, Dr. Nichols lied to me. Go find him.

Give it up. It's time to stop running.

Cosmo Renfro : When I die, I wanna come back just like you.
Deputy Marshal Samuel Gerard : Oh, you mean happy and handsome?

Dr. Richard Kimble : Alright you guys, knock it off, there's nothing to see here and you come with me.
Helen Kimble : Excuse me
Helen Kimble : thank you, I was just down to my last joke.

We got a gopher.

Marshal Biggs : Sam, are you out of your mind? He's dead.
Deputy Marshal Samuel Gerard : That ought to make him easier to catch.

No kidding? Armed robbery? He's where? The Kimble character's response and ironic surprise to finding out that one of his one-armed suspects, Clyde Driscoll, has be arrested for 'armed' robbery.

Dr. Richard Kimble : Tell the attending he's got a puncture in the epigastric area.
Paramedic : How the hell could he tell that by looking at his face?