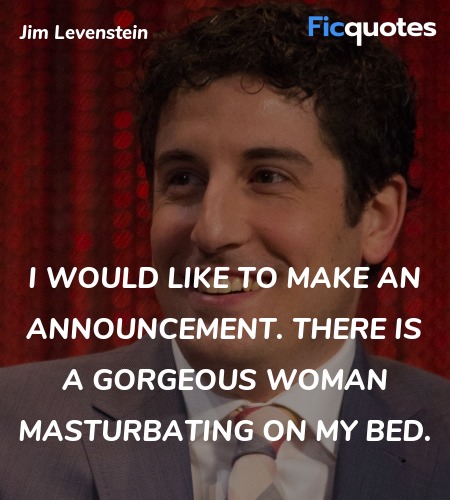 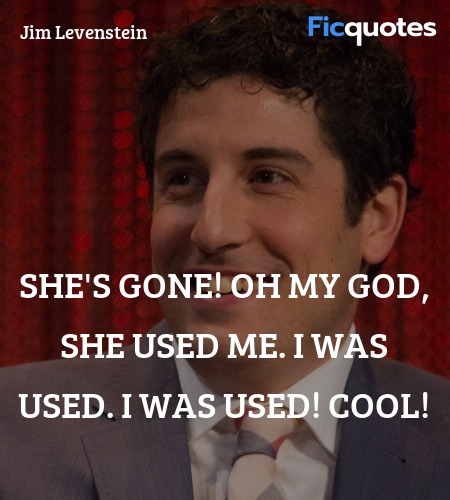 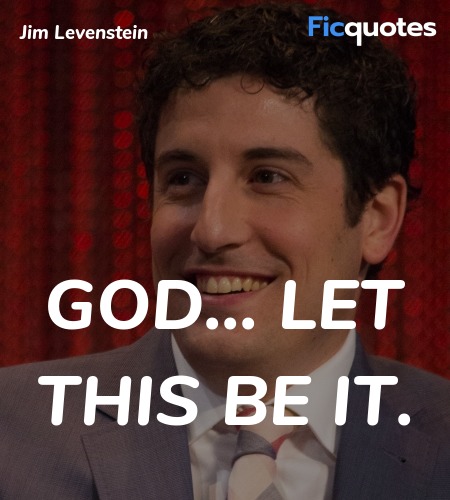 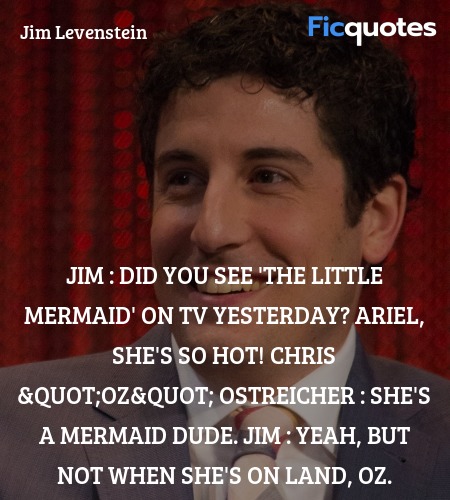 Jim : Did you see 'The Little Mermaid' on TV yesterday? Ariel, she's so hot!
Chris "Oz" Ostreicher : She's a mermaid dude.
Jim : Yeah, but not when she's on land, Oz.

Finch : So, ah, would you object if I said you were quite striking?
Stifler's Mom : Mister Finch, are you trying to seduce me?
Finch : Yes ma'am, I am.

So uh, "shaved" is the expression?

You realize we're all going to go to college as virgins. They probably have special dorms for people like us.

Jim : You have something going tonight, Sherman?
Chuck Sherman : You see that Central chick, Bernette?
Jim , Kevin : No.
Chuck Sherman : She's around. It seems she's taken a liking to me. Fellas, it's time she experienced: the Shermanator.