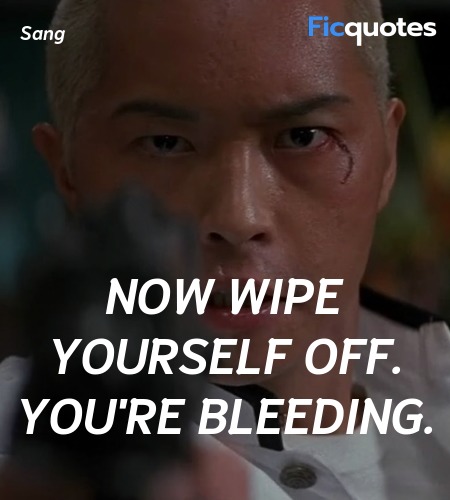 Now wipe yourself off. You're bleeding. 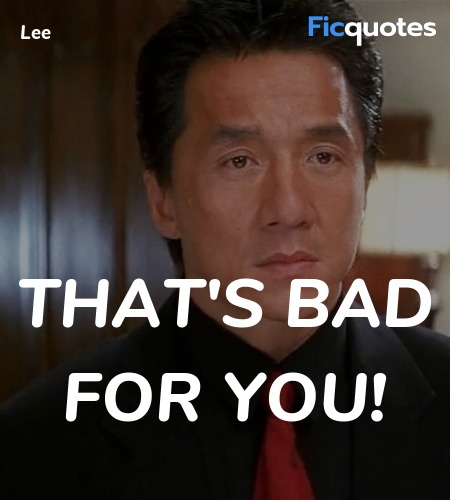 That's bad for you!

Lee : You must take me to see Consul Han right away.
Carter : Man, just sit there and shut up! This ain't no democracy.
Lee : Yes, it is.
Carter : No, it ain't. This is the United States of James Carter. I'm the president, I'm the emperor, I'm the king. I'm Michael Jackson, you Tito. Your ass belongs to me.

Lee : Juntao.
Lee : Juntao! JUNTAO!
Thomas Griffin : [holds the remote towards Lee, Consul Han, and the agents] Consul Han, six pounds of C-4 are wired to your daughter in a car outside.
Thomas Griffin : You know, before the takeover, most of these works were in the hands of a single private collector: me. I mastered my life to acquire and catalog these priceless piece that you see before you. And then in one fell swoop, it was taken away from me. But tonight, I shall be paid in full. Don't move! She dies if I press this button. Just be patient. My transportation will arrive shortly. Stay calm.

We hope you enjoyed reading Rush Hour quotes. Browse other movie quotes on Ficquotes also. If you think we missed any quote from Rush Hour, please send it to us so we can expand our collection of the best Rush Hour quotes.