Dr. John Watson is played by Martin Freeman in Sherlock. 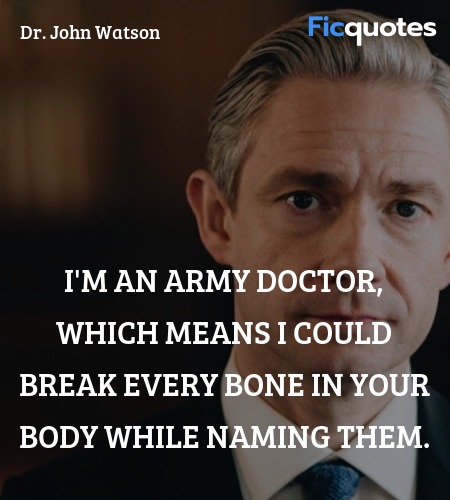 I'm an army doctor, which means I could break every bone in your body while naming them.

Dr. John Watson: Um... Mmm, right, you... You told me once... that you weren't a hero. Umm, there were times I didn't even think you were human but let me tell you this, you were, uh, the best man and the most human... human being that I've ever known and no one will ever convince me that you told me a lie. That so... there.
Dr. John Watson: I was... I was so alone. And I owe you so much.
Dr. John Watson: Oh, please, there's just one more thing, right? One more thing. One more miracle, Sherlock, for me. Don't... be... dead. Would you, just for me, just stop it? Stop this. 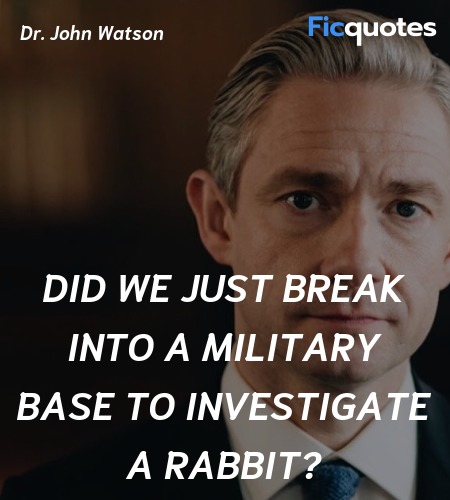 Did we just break into a military base to investigate a rabbit?

Mrs. Hudson: I'll make you that cuppa, you rest your leg.
Dr John Watson: Damn my leg! Sorry, I'm so sorry. It's just sometimes this bloody thing...
Mrs. Hudson: I understand, dear, I've got a hip.

I mean, obviously, "normal" and "fine" are both relative terms when it comes to Sherlock and Mycroft. 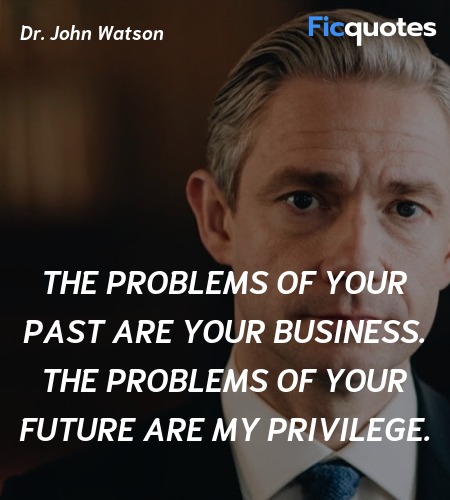 There's nothing the matter with me! Imagine I said that without shouting.

Holmes, against absolutely no opposition whatsoever, I am your closest friend.

Is this a game? A bloody game.

You might wanna close that window. There is an east wind coming.

Don't you dare. You made a vow. You swore it.

Well! Glad to see you've pulled, Sherlock, what with murderers running riot at my wedding.

We hope you enjoyed reading our collection of Dr. John Watson quotes. You can also browse other Sherlock quotes . If you think we missed any quote from Dr. John Watson or Sherlock, please send it to us.