Directed by: John McTiernan
Written by: Jim Thomas, John Thomas
Starring: Arnold Schwarzenegger, Carl Weathers, Kevin Peter Hall
Released on: June 1987
Taglines: Nothing like it has ever been on earth before. 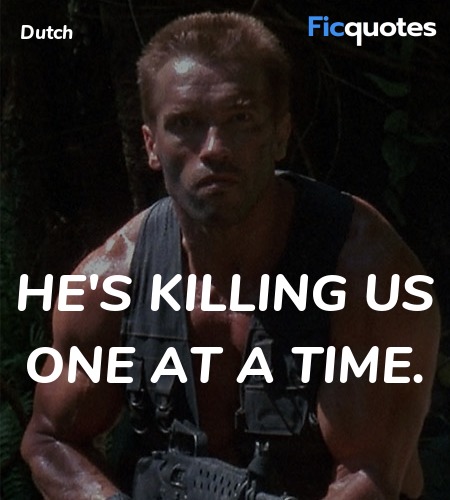 He's killing us one at a time.

When I was little, we found a man. He looked like - like, butchered. The old women in the village crossed themselves, and whispered crazy things, strange things. "El diablo cazador de hombres". Only in the hottest years this happens. And this year, it grows hot. We begin finding our men. We found them sometimes without their skin... and sometimes much, much worst. "El que hace trofeos de los hombres" means "the demon who makes trophies of men". 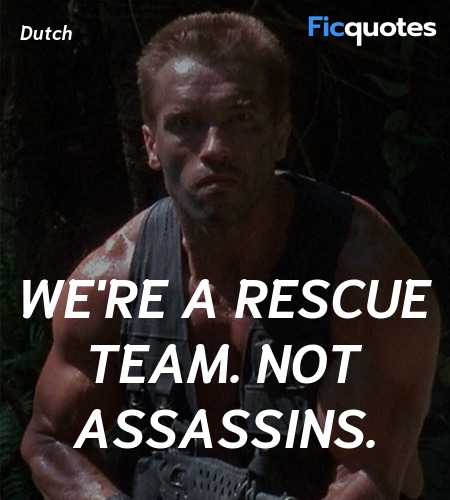 We're a rescue team. Not assassins. 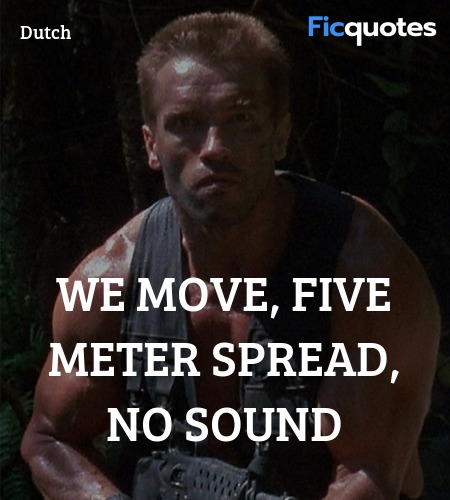 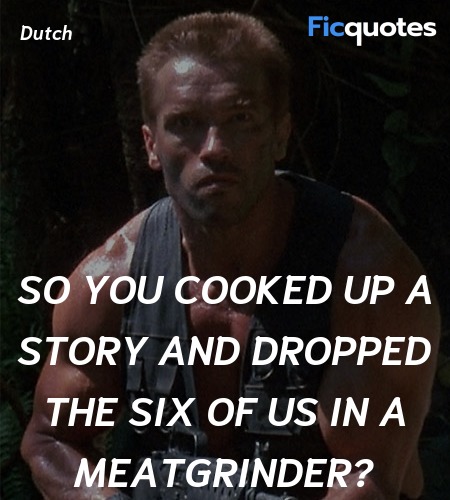 So you cooked up a story and dropped the six of us in a meatgrinder?

My team works alone, you know that.

Get to the chopper!

Leave it. He didn't kill you because you weren't armed. No sport.

You still don't understand, Dillon, do you? Whatever it is out there, it killed Hopper, and now it wants us.

Goddamn jackpot. This is more than we ever thought we'd get. We finally got those bastards. We got 'em.

Run! Get to the chopper!

So, what are you gonna try next? Cheese?

I don't know, Dutch. This is inhuman.

That's a real nasty habit you got there.

She's your baggage. You fall behind, and you're on your own.

You set us up. It was bullshit, all of it.

My men are not expendable. And I don't do this kind of work.

Dutch : He came to get the body. He's killing us one at a time.
Billy : Like a hunter.
Dutch : He's using the trees.

If it bleeds, we can kill it.

You're one... ugly motherfucker!

We hope you enjoyed reading Predator quotes. Browse other movie quotes on Ficquotes also. If you think we missed any quote from Predator, please send it to us so we can expand our collection of the best Predator quotes.