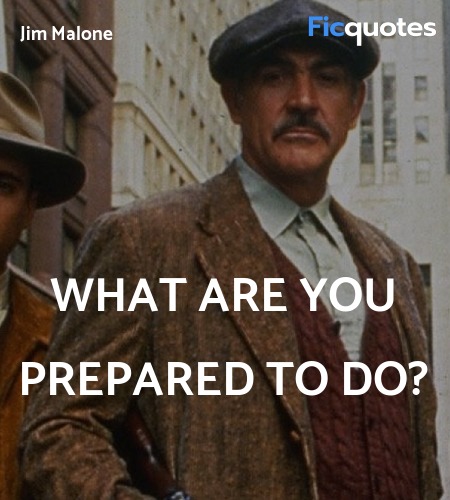 what are you prepared to do? 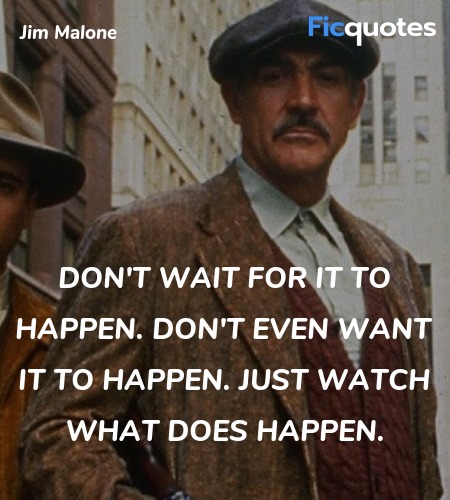 Malone : [to Ness] There goes the next chief of police. 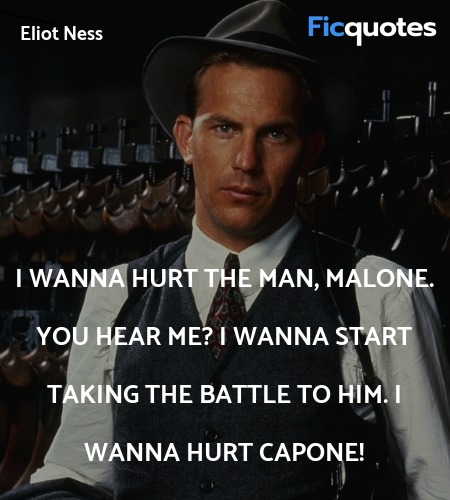 I wanna hurt the man, Malone. You hear me? I wanna start taking the battle to him. I wanna hurt Capone! 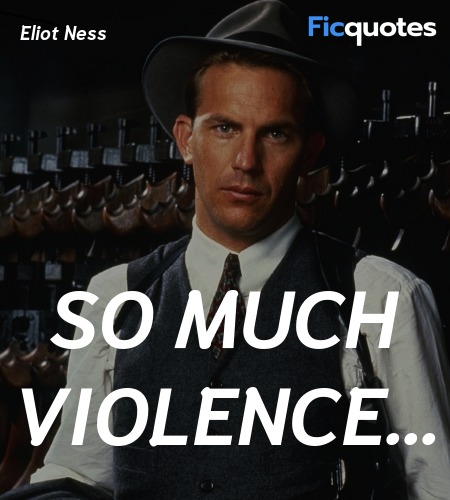 Didn't you hear what I said? What are you, deaf? What is this, a game?

All right now, let's do some good!

Welcome to Chicago.This town stinks like a whorehouse at low tide.

All right! Enough of this running shit!

Oh what the hell? You gotta die of something.

You're muckin' with a G here, pal!

If you're afraid of getting a rotten apple, don't go to the barrel. Get it off the tree.

Scoop : Word is they're going to repeal Prohibition. What'll you do then?
Ness :I think I'll have a drink.

I have foresworn myself. I have broken every law I have sworn to uphold, I have become what I beheld and I am content that I have done right!

Mountie Captain : I do not approve of your methods!
Ness : Yeah, well... You're not from Chicago.

George Stone : Where is Nitti?
Ness : He's in the car.