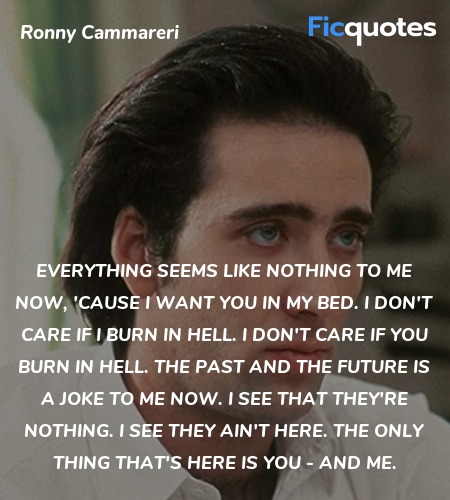 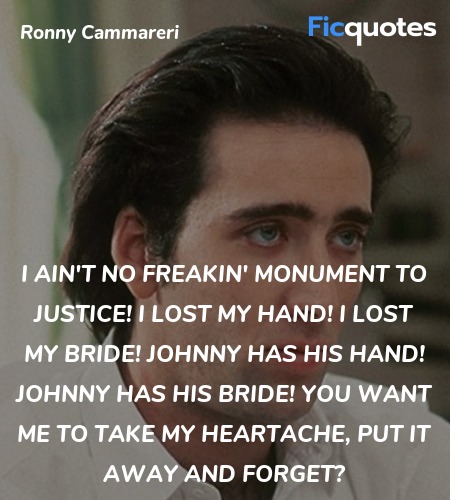 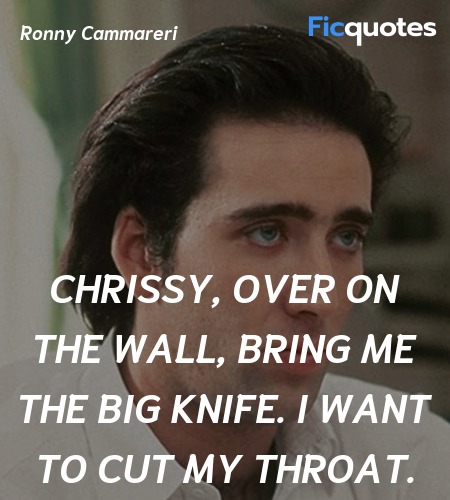 Chrissy, over on the wall, bring me the big knife. I want to cut my throat. 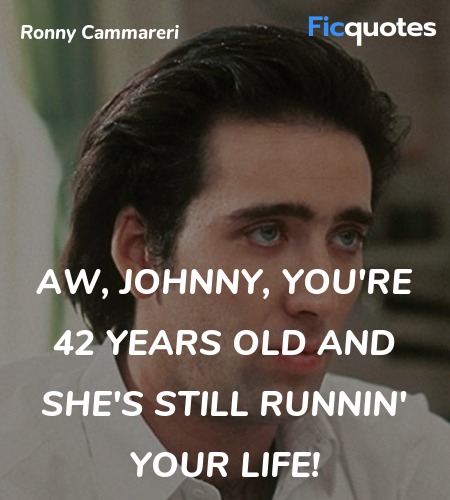 They say bread is life. And I bake bread, bread, bread. And I sweat and shovel this stinkin' dough in and out of this hot hole in the wall, and I should be so happy! Huh, sweetie?

Johnny : In time you will see that this is the best thing.
Loretta Castorini : In time you'll drop dead and I'll come to your funeral in a red dress!

I can't sleep any more. It's too much like death.

Rose : How's the mother?
Loretta Castorini : She's dying. But I could still hear her big mouth.

Rose : I just want you to know no matter what you do, you're gonna die, just like everybody else.
Cosmo Castorini : Thank you, Rose.

Loretta, I love you. Not like they told you love is, and I didn't know this either, but love don't make things nice - it ruins everything. It breaks your heart. It makes things a mess. We aren't here to make things perfect. The snowflakes are perfect. The stars are perfect. Not us. Not us! We are here to ruin ourselves and to break our hearts and love the wrong people and die. The storybooks are bullshit. Now I want you to come upstairs with me and get in my bed!

I have a feeling this is going to be just delicious.