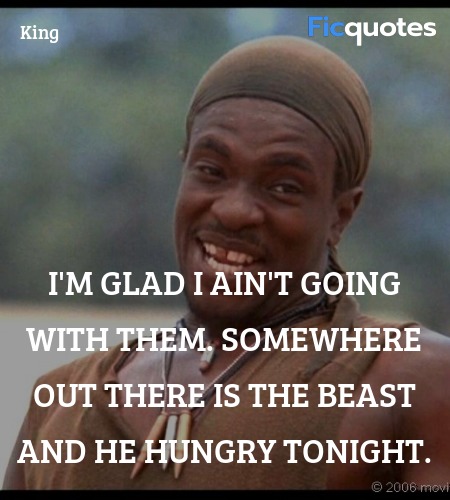 I'm glad I ain't going with them. Somewhere out there is the beast and he hungry tonight. 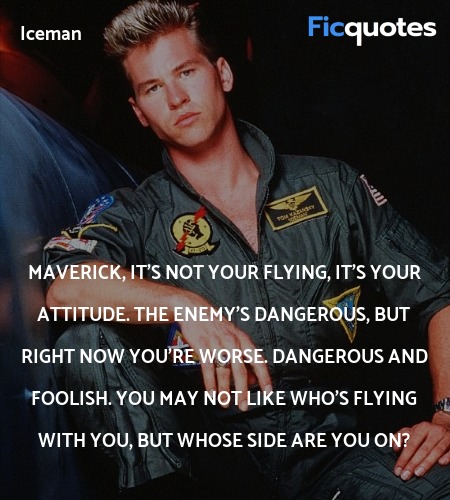 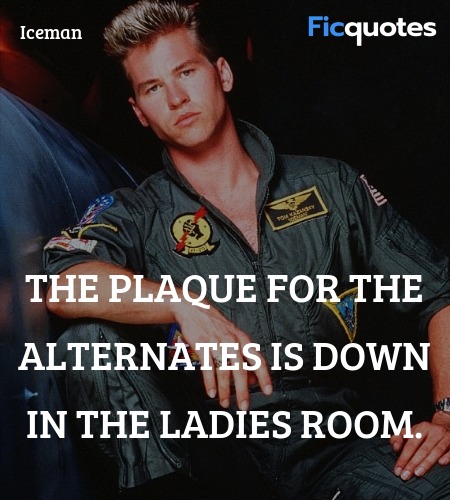 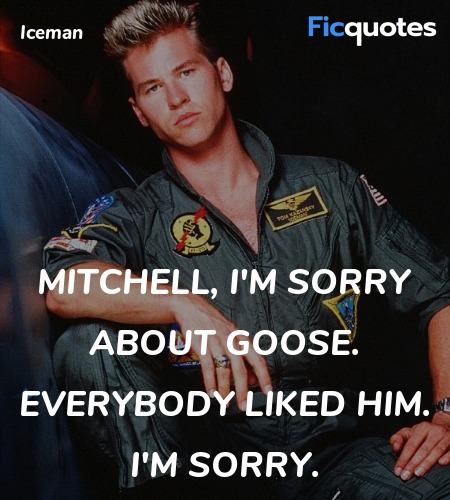 Chris Taylor : It's the way the whole thing works. People like Elias get wasted. People like Barnes just go on making up the rules any way they want. So what do we do? Sit in the middle and suck on it. We just don't add up to dry shit, King.
King : Whoever said we did, man? All you got to do is make it out of here, and it's all gravy. Every day, the rest of your life, gravy.

I don't know brothers, but I'm hurting real bad inside.

Elias didn't ask you to fight his battles for him. And if there's a heaven, and, God, I hope there is, I know he's sitting up there drunk as a fucking monkey and smoking shit, 'cause he done left his pains down here.

Francis : It ain't D-E-R-E, it's D-E-A-R. And "Sarah" ain't got no two R's, King. Damn, you dumb!
King : It don't make no difference. She know what I mean. She don't read too good nohow.
King : I'm too short for this shit, man. 39 and a wake-up, a pause for the cause and I'm a gone motherfucker. Back to the world!
Crawford : Hey, I broke a hundred the other day, 92 left to go. April 17th, home to California, checkin' out the babes on the beach... the surfin's gonna be good.
King : March, man, in Tennessee... sniff the pines... sniff that cross-mounted pussy down by the river, hot damn! Hey Taylor, how many days you got left? Three hundred and what?
Chris Taylor : Thirty two. 332 days.
Crawford : Shit, I can't even remember when I was 332, man. You gotta like, count backwards or something, you know like you got 40 days in? Think positive, dude.

We hope you enjoyed reading Platoon quotes. Browse other movie quotes on Ficquotes also. If you think we missed any quote from Platoon, please send it to us so we can expand our collection of the best Platoon quotes.