Read all Top Gun Quotes here from the flick featuring Tom Cruise. Released in 1986, Top Gun is the journey of United States Naval Aviator LT Pete "Maverick" Mitchell at the United States Navy's elite fighter weapons school. Maverick learns some tricks from his instructor Charlie that aren't taught in the school. The film features the fight between the pilots to prove themsleves best of the best and win the Top Gun trophy.

Even after 30+ years Top Gun's quotes are on everyboody's mind. Beautiful lines like "I feel the need... need for speed!" by maverick and "Take me to bed or lose me forever." by Charlie sure helped the movie become memorable for decades. You can read all the best Top Gun quotes here. Don't forget to share them with your wingman. 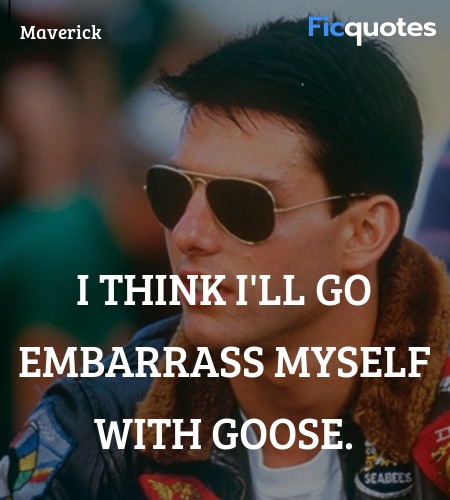 I think I'll go embarrass myself with Goose. 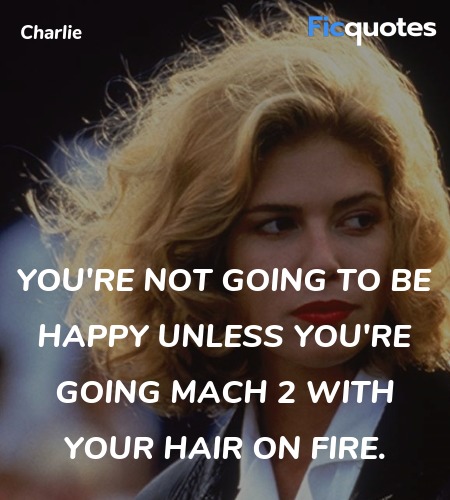 You're not going to be happy unless you're going Mach 2 with your hair on fire.

Come on, Mav, do some of that pilot shit!

The defense department regrets to inform you that your sons are dead because they were stupid.

Slider : Goose, whose butt did you kiss to get in here anyway?
Goose : The list is long, but distinguished.
Slider : Yeah, well so is my Johnson.

Thanks, Mav, that was really great. Oh, shit! Maybe I should become a truck driver. Mav, do you remember the number of that truck driving school that was on TV the other night, Truck America or something like that?

Talk to me, Goose. 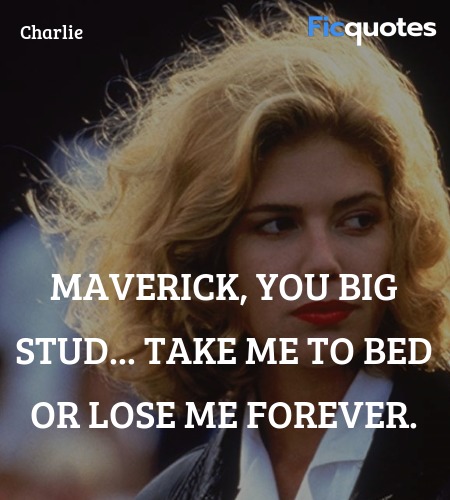 Maverick, you big stud... Take me to bed or lose me forever. 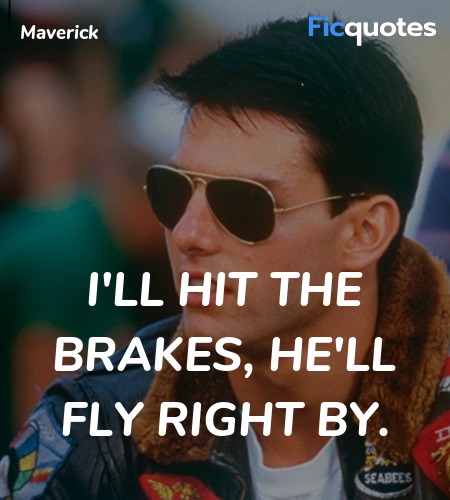 You don't have time to think up there. If you think, you're dead.

Any of you boys seen an aircraft-carrier around here?

That son of a bitch cut me off!

Charlie: Sit down. I love that song! How long have you two been doing this act?
Maverick: Oh, since...
Charlie: Puberty?
Maverick: Right, puberty.

Stinger: Son, your ego is writing checks your body can't cash.
[to Maverick]

Is this your idea of fun, Mav?

Radio Operator : Maverick, you're at 3/4 of a mile. Call the ball.
Maverick : Roger. Maverick has the ball.

Too close for missles, I'm switching to guns.

Stinger : Maverick, you just did an incredibly brave thing. What you should have done was land your plane! You don't own that plane, the tax payers do! Son, your ego is writing checks your body can't cash. You've been busted, you lost your qualifications as section leader three times, put in hack twice by me, with a history of high speed passes over five air control towers, and one admiral's daughter!
Goose : Penny Benjamin?
you asshole, you're lucky to be here!
Goose : Thank you, sir.
Stinger : And let's not bullshit Maverick. Your family name ain't the best in the Navy. You need to be doing it better, and cleaner than the other guy. Now what is it with you?
Maverick : Just want to serve my country, be the best pilot in the Navy, sir.
Stinger : Don't screw around with me Maverick. You're a hell of an instinctive pilot. Maybe too good. I'd like to bust your butt but I can't. I got another problem here. I gotta send somebody from this squadron to Miramar. I gotta do something here, I still can't believe it. I gotta give you your dream shot! I'm gonna send you up against the best. You two characters are going to Top Gun.

We hope you enjoyed reading Top Gun quotes. Browse other movie quotes on Ficquotes also. If you think we missed any quote from Top Gun, please send it to us so we can expand our collection of the best Top Gun quotes.