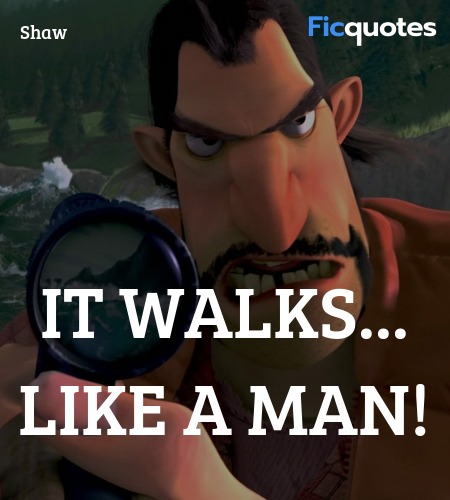 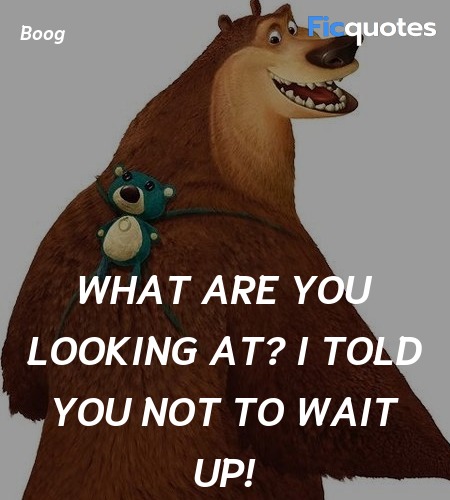 What are you looking at? I told you not to wait up!

Yeah, and the giraffes taste almost exactly like the elephants. That's messed up. 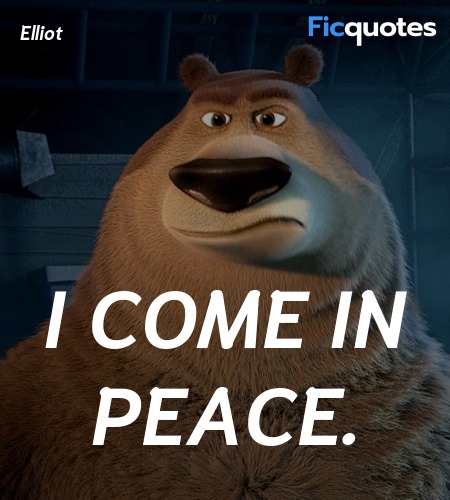 I come in peace.

Gordy : Shaw, open season isn't for three days. What is that buck doing on your hood?
Shaw : It ain't my fault. I hit him while driving.
Gordy : Where, on the interstate?
Shaw : Sorta. 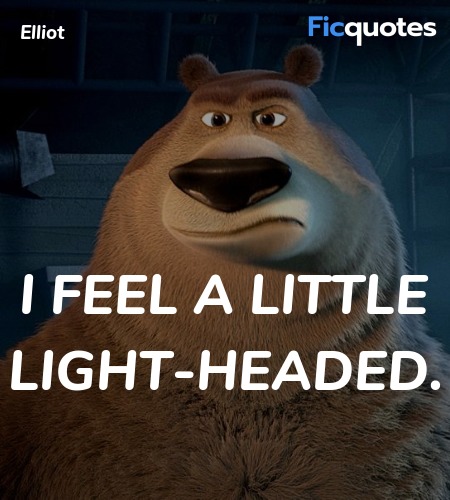 I feel a little light-headed.

Okay, Forest 101: These tall stick things are called trees. The big rocks are called mountains and the little rocks are their babies.

Yuck. Yuck. Yuck! It's terrible and wonderful at the same time! It's like freedom in a cup!

Once there was a magical elf who lived in a rainbow tree/ He lived downstairs from a flatulent dwarf who constantly had to pee/ One day the elf could take no more/ so he went to bang on the rude dwarf's door/ and what do you know, they suddenly both were marrrrried.

The woods is no place for a bear!

The Woo-Hoo bar. She's my lady. Smooth and creamy. So bad, I shouldn't, yet I will.

Where's home? It's gone! Someone stole it!

Gordy : You're not his mother.
Beth : I'm not mothering him.
Beth : Excuse me a moment. Go to bed, Boog!

How far does this conspiracy go? How many animals are in on it? God bless America! I hope the bald eagle hasn't turned!
Shaw : Don't trust him. Pets are double agents. the moment you turn your backs, he'll shiv you.
Bobbie : Oh, no he can't. We had him fixed.

All right, fish. Give it up for Boog!

When I'm a bear-skin rug, they can walk all over me. Until then, I ain't going down without a fight.