Directed by: Brian De Palma
Written by: Bruce Geller (television series), David Koepp
Starring: Tom Cruise, Jon Voight, Emmanuelle Béart
Released on: May 22, 1996
Taglines: One man has one chance to do the impossible. 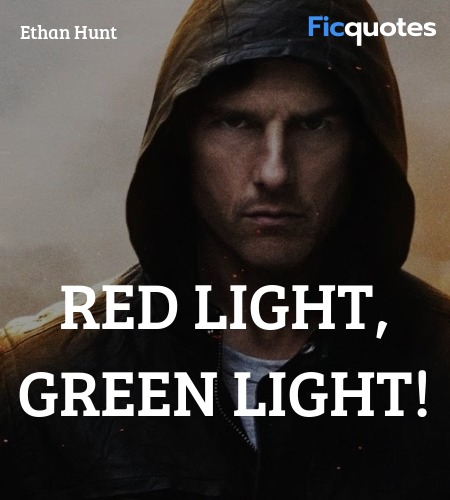 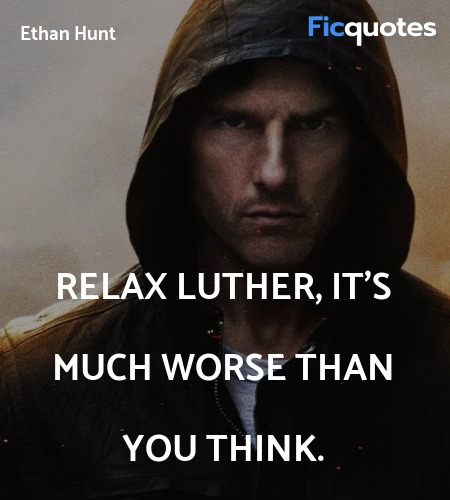 Relax Luther, it's much worse than you think. 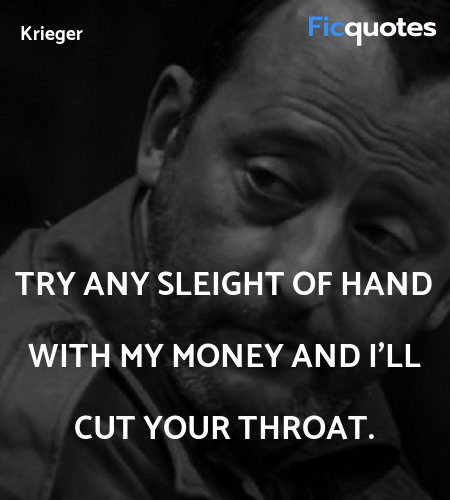 Try any sleight of hand with my money and I'll cut your throat. 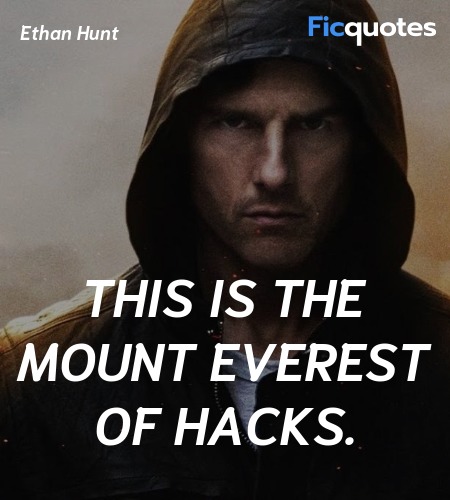 This is the Mount Everest of hacks.

Krieger, from this point on... absolute silence!

: If we're going to Virginia why don't we drop by Fort Knox? I could fly a helicopter through the lobby and set it down right inside the vault. And it would be a hell of a lot easier than breaking into the goddamn CIA.

Can I ask you something, Kittridge? If you're dealing with a man who has crushed, shot, stabbed, and detonated five members of his own IMF team, how devastated do you think you're gonna make him by hauling Mom and Uncle Donald down to the county courthouse?

Eugene Kittridge : What, can we do Barnes... put a guy at the airport? How many identities do you think Hunt has? How many times has he slipped past customs and in how many countries? These guys are trained to be ghosts... we taught them to do it for Christ's sake.
Frank Barnes : Well what do you suggest?
Eugene Kittridge : Let's not waste time chasing after him, just make him come to us. Everybody has pressure points, Barnes. You find something that's personally important to him and you... squeeze.

Eugene Kittridge : Hello, Max.
Max : My lawyers are going to have a field day with this. Entrapment, jurisdictional conflict...
Eugene Kittridge : Well, maybe we'll just leave the courts out of this one.
Max : I'm sure we can find something I have that you need.

Eugene Kittridge : You and I know about this, that's where it stops. You understand? It never happened.
Frank Barnes : What about him?
Eugene Kittridge : I want him manning a radar tower in Alaska by the end of the day; just mail him his clothes.

Claire Phelps :Just give me the money.
Ethan Hunt :You've earned it.

Ethan Hunt : Why Jim? Why?
Jim Phelps : Well, you think about it Ethan, it was inevitable. No more cold war. No more secrets you keep from yourself. Answer to no one but yourself. Then, you wake up one morning and find out the President is running the country without your permission. The son of a bitch, how dare he. Then you realize, it's over. You are an obsolete peice of hardware, not worth upgrading, you got a lousy marriage, and 62 grand a year.

Jim Phelps : Of course he knew. Just *when* he knew is something of a mystery. You mind telling me, Ethan? Was it before or after I showed up in London?
Ethan Hunt : Before London. But after you took the Bible from the Drake Hotel in Chicago.
Jim Phelps : They stamped it, didn't they? Those damn Gideons.

Wake up, Claire! Jim's dead! He's dead! They're all dead!

Luther Stickell : You really think we can do this.
Ethan Hunt : We're going to do it.

Ethan Hunt : The disk Job sold you is worthless. Bait. Part of an internal mole hunt.
Max : And how would you know? Are you another company man?
Max : Like Job?
Max : We're asking about you
Ethan Hunt : I'm NOC, Was. Now, disavowed.
Max : Why, may I ask?
Ethan Hunt : That's the question I want to ask Job.

Sarah Davies : Tell me, Senator, do you all have someone on your staff named Jack?
Ethan Hunt : Jack... I believe we did have a Jack. An unreliable fellow as I recall. Constantly late, and behind in his work. I was forced to tie him behind one of my best stallions and drag him around my barn for a few days.
Jack Harmen : Relax your crack, Foghorn. I'm working on it

Ethan Hunt : I thought I was going to see Max.
Matthias : You misunderstood. No one sees Max.
Ethan Hunt : Then what am I doing here?
Matthias : Allowing Max to see you and hear what you've got to say.
Ethan Hunt : I don't communicate very well through a shroud.
Matthias : If Max doesn't like what you have to say, you will be wearing that shroud indefinitely.

Ethan Hunt : [Ethan narrates someone getting into the vault] The only person allowed inside has to pass through a series of security checks. First is voiceprint identification
CIA Analyst William Donloe : William Donloe.
Ethan Hunt : Then, he has to put in a 6 digit code.
Ethan Hunt : That only gets him into the outer room. Next, he is positively identified by retinal scan.
Ethan Hunt : Finally, the security measures are only deactivated after insertion of a double electronic keycard... which we won't have.
Ethan Hunt : Once inside the vault, there are 3 security systems in operation whenever the technician is out of the room. First is sound sensitive; anything above a whisper will set it off. The second is temperature-sensitive. Even the body heat of an unauthorized person inside the vault can trigger the alarm if the temperature rises just a single degree. And that temperature is controlled by an air conditioning vent 30 feet above the vault floor. That vent is guarded by a laser net.
Ethan Hunt : The third one is on the floor, and it's pressure sensitive. Just the slightest increase in weight will set it off. And any of these systems, if set off, will trigger an automatic lockdown. Now believe me when I tell you, gentlemen, that all 3 systems, are state of the art.

How The Last Jedi Defies Expectations About Male Heroes