Tom cruise is back as Ethan Hunt the latest edition of Mission Impossible film series. A fast-paced action thriller with a gripping story and some amazing quotes. 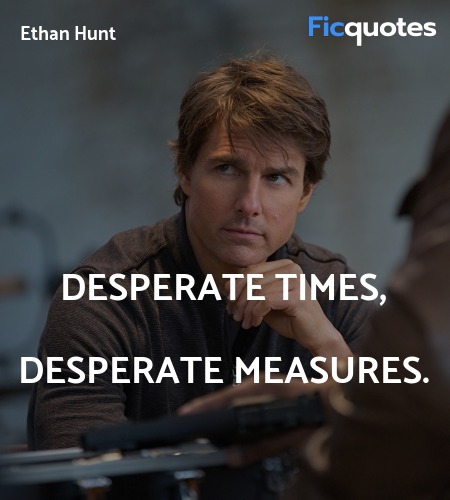 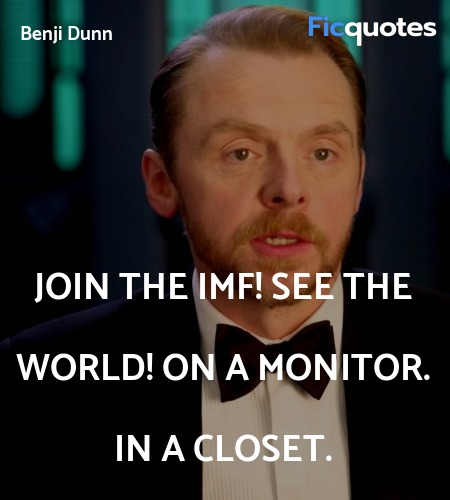 Join the IMF! See the world! On a monitor. In a closet. 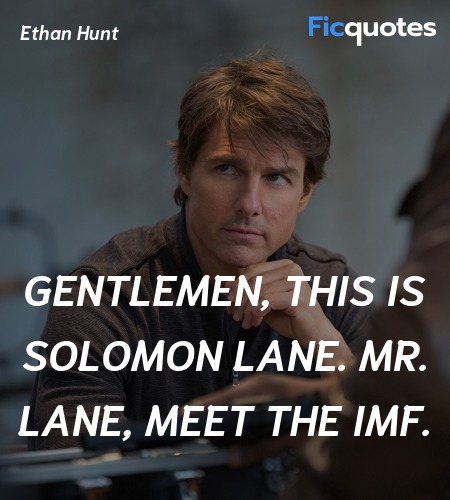 Gentlemen, this is Solomon Lane. Mr. Lane, meet the IMF. 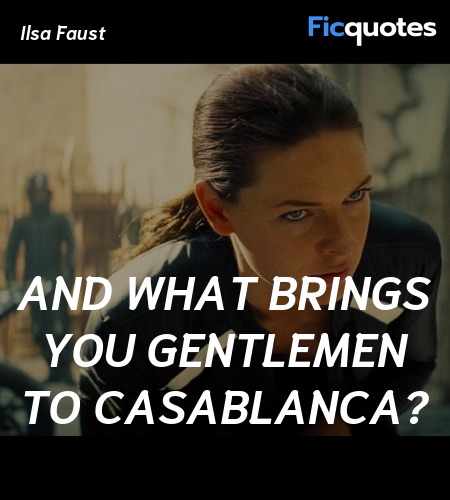 And what brings you gentlemen to Casablanca?

You have everything you need to find me.

You see? What did I tell you? Difficult? Absolutely. But certainly not... Jesus. Is he all right? What happened?

Benji? Benji, are you there?

Welcome to the IMF, Mr. Secretary

Chairman : And you Mr. Brandt, how can you justify this deception?
William Brandt : I can neither confirm nor deny details of any operation without the Secretary's approval.

I know you, Lane. Somewhere along the line you had a crisis of faith. Human life didn't matter anymore, or maybe it never really did. Either way, you killed too many innocent people without ever asking who was giving the orders or why. You blamed the system for what you are, instead of yourself. You wanted revenge, but Rome wasn't destroyed in a day. You needed help, you needed the money, a lot of it. And you'll stop at nothing to get it. That's how I know I'm going to put you in a box.

You lost your faith in what you were doing of course naturally you blamed the system.

Lane : Twice now you've let him slip away. Curious.
Ilsa Faust : Are you questioning my loyalty or my ability?
Lane : Can't decide.
Ilsa Faust : I've told you before: Trust me, or kill me. But if you're gonna kill me be a man.
Ilsa Faust : Do it yourself.

Ilsa Faust : If we're being honest, you're a terrorist.
Lane : If that were true, then my goal would be to spread fear. But my methods are far more surgical.
Ilsa Faust : You kill innocent people.
Lane : I helped my government kill many innocent people and more, so much more. Killing to keep things as they were. And now I'm killing to bring about change.

Luther Stickell : You need to understand something. Ethan is my friend. And if I have one SECOND of doubt whose side you're on...
William Brandt : I believe you.