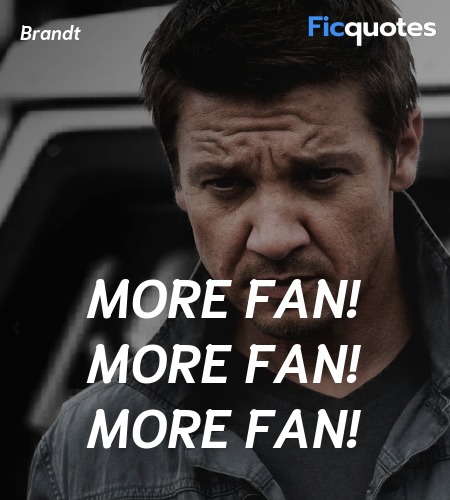 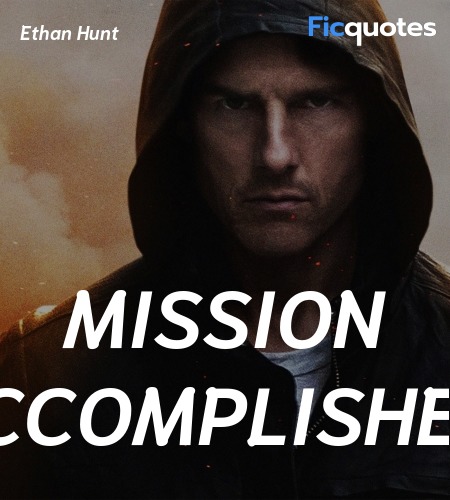 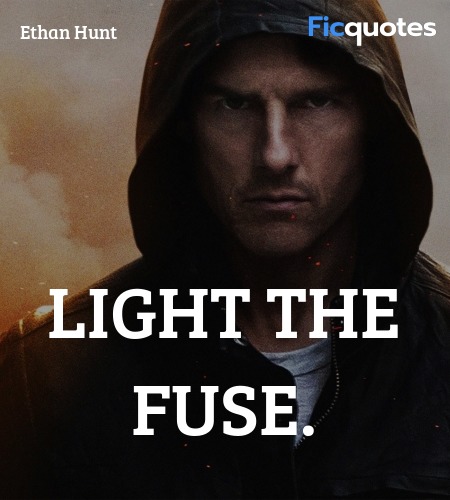 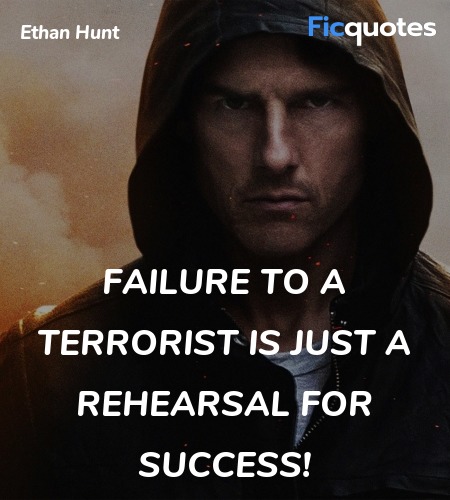 Failure to a terrorist is just a rehearsal for success!

May there be peace on Earth.

The Secretary is dead. The President has invoked Ghost Protocol. We're shut down. No satellite, safe house, support, or extraction. The four of us and the contents of this car are all that remains of the IMF.

It was my op. I put him in the field. And she left him just alive enough for me to see him die.

Ethan Hunt : IMF's been looking for an emerging extremist, code name Cobalt. He's determined to detonate a nuclear weapon however he can. We know Moreau's worked for him before.
Jane Carter : What else does IMF know about him?
Ethan Hunt : As much as you do now.

And I catch you.

I have arrived at the party!

It's not like any mission is gonna be rougher than the last one, is it?

Next time, I get to seduce the rich guy.

We all have our secrets. Don't we, Ethan?

How will the world finally end? It is my job to predict the unthinkable. To treat the deaths of billions as a game. After 20 years of this, I was numb. Until a new question crossed my mind. What happens after the end of the world? Every two or three million years, some natural catastrophe devastates all life on Earth. But life goes on. And what little remains is made stronger. Put simply, world destruction is an unpleasant but necessary part of evolution. What happens then, I wondered, when mankind faces the next end of the world. I looked to Hiroshima, Nagasaki... thriving cities rebuilt from the ashes, monuments to the unimaginable, dedicated to the concept of peace. It occured to me here that nuclear war might have a place in the natural order. But only if it could be controlled. Only if it touched every living soul equally.