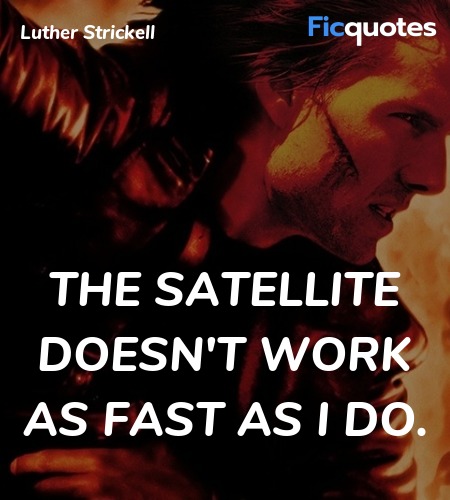 The satellite doesn't work as fast as I do. 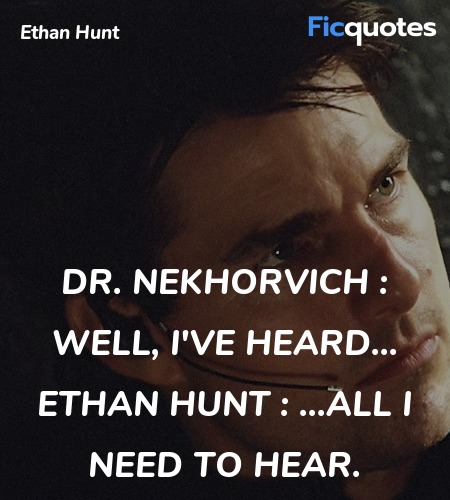 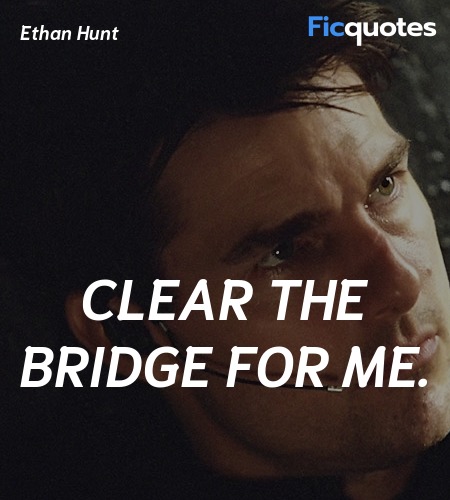 Clear the bridge for me. 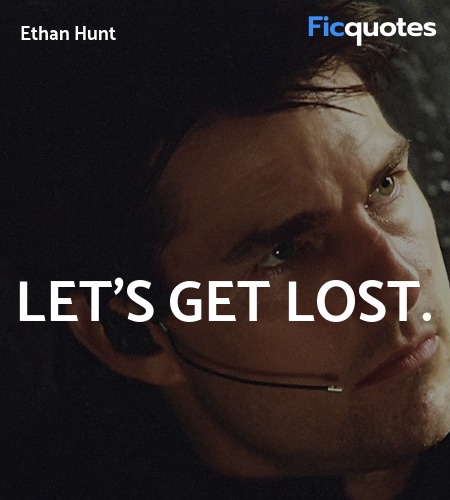 The ball's in your court, Mr. Hunt.

This is what's known as getting your gun off.

If you look at Hunt's operational history, and I have, you'll notice that he invariably favors misdirection over confrontation.

Hugh Stamp : Why do you think she's really here?
Sean Ambrose : From her point of view or mine?
Hugh Stamp : Well, she wasn't exactly gagging for it when she left you six months ago.

Billy Baird : You OK, mate?
Luther Stickell : That punk put a hole in my Versace.

You're not gonna shoot me Sean, not this BITCH, cuz she's worth thirty seven, million pounds.

Put a sock in it.

Go ahead, Hunt. Use it. It's not a bad way to go. A lot better than the way that bitch is going to die.

In just a few hours you can be assured of going down in history as the typhoid Mary of "Aus". G'day.

You know women, mate. Like monkeys, they are - won't let go of one branch until they've got hold of the next.

You know, that was the hardest part about having to portray you, grinning like an idiot every fifteen minutes.

We've got 19 hours and 57 minutes. I'll get Bellerophon into your system by then. Just stay alive. I'm not going to lose you.


We just rolled up a snowball and tossed it into hell. Now lets see what chance it has.

Mission Commander Swanbeck : Good morning, Mr. Hunt. Your mission, should you choose to accept it, involves the recovery of a stolen item designated "Chimera." You may select any two team members, but it is essential that the third member of your team be Nyah Nordoff-Hall. She is a civilian, and a highly capable professional thief. You have forty-eight hours to recruit Miss Hall and meet me in Seville to receive your assignment. As always, should any member of your team be caught or killed, the Secretary will disavow all knowledge of your actions. And Mr. Hunt, the next time you go on holiday, please be good enough to let us know where you're going. This message will self-destruct in five seconds.
Ethan Hunt :I let you know where I'm going, I won't be on holiday.

Mission Commander Swanbeck : You were under specific instructions to bring back a living sample of the Chimera virus. I'd be very interested to know how, after you'd managed its recovery intact, it subsequently got destroyed.
Ethan Hunt : By fire. That's the best way, really.