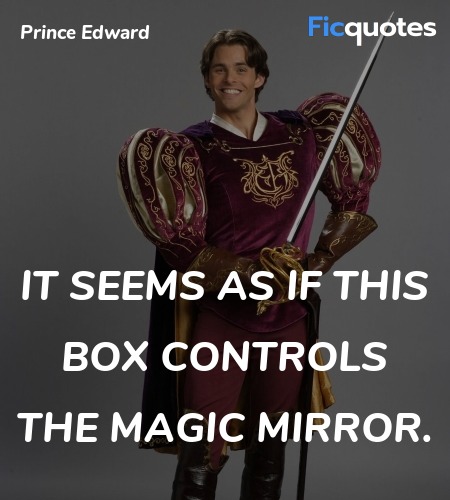 It seems as if this box controls the Magic Mirror. 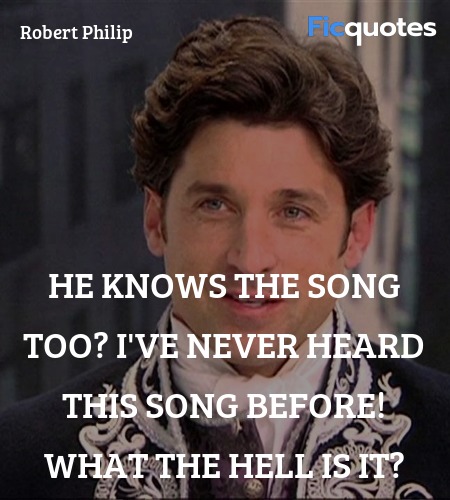 He knows the song too? I've never heard this song before! What the hell is it? 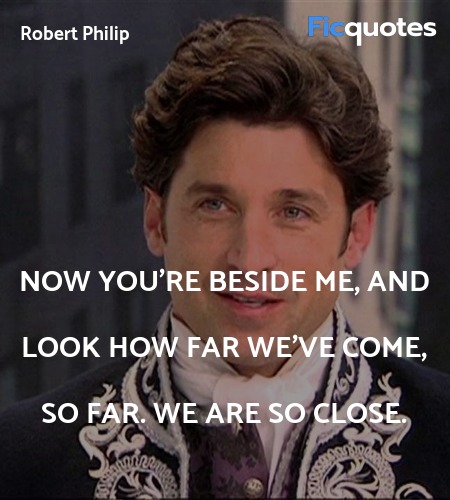 Now you're beside me, and look how far we've come, so far. We are so close.

Queen Narissa : If I'm to remain queen I'll need a story for when I go back to Andalasia. What about "a giant, dangerous monster appeared and killed everyone, and poor Queen Narissa she just couldn't save them!" Let's start with the girl who started it all!
Robert : Over my dead body!
Queen Narissa : Alright, I'm flexible. 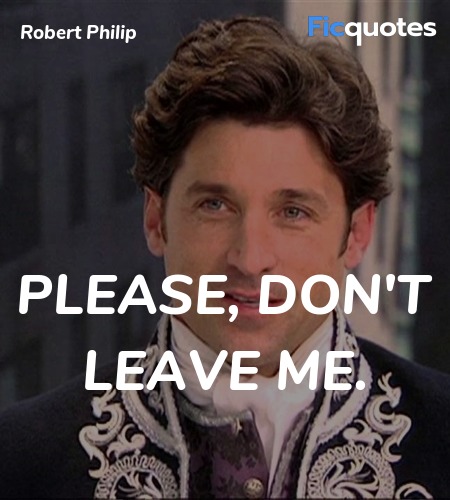 I knew it was you.

I'm handsome even when I sleep?

Nathaniel likes the way I leap?

Thank you for taking care of my bride, peasants.

Morgan Philip : But I think she might be a real princess!
Robert Philip : Morgan honey, just because she has on a funny dress doesn't mean she's a princess. She's a seriously confused woman who's fallen into our laps.

Prince Edward : I seek a beautiful girl. My life partner, my one coquette, the answer to my love's duet.
Arty : I-I'd like to find one of them too, you know?

Queen Narissa : Why would I ever align myself with that buffoon? I mean, think about it. Why...?
Prince Edward : Silence! You lying, murderous wretch! When we return home, Andalasia shall know of your treachery. Your days as queen will be over!
Queen Narissa : Take my crown? Don't you think that's a bit melodramatic, dear?
Prince Edward : I don't know what "melodramatic" means, but you'll be removed from the throne, Narissa. I will see to it.

Morgan Philip : Remember, when you go out not to put too much makeup otherwise the boys will get the wrong idea and you know how they are...
Morgan Philip : They're only after one thing.
Giselle : What's that?
Morgan Philip : I don't know. Nobody will tell me.

Arty : Let me guess. You're looking for a beautiful girl, too?
Nathaniel : No, actually, I'm looking for a prince.
Arty : Riiiight.

We hope you enjoyed reading Enchanted quotes. Browse other movie quotes on Ficquotes also. If you think we missed any quote from Enchanted , please send it to us so we can expand our collection of the best Enchanted quotes.