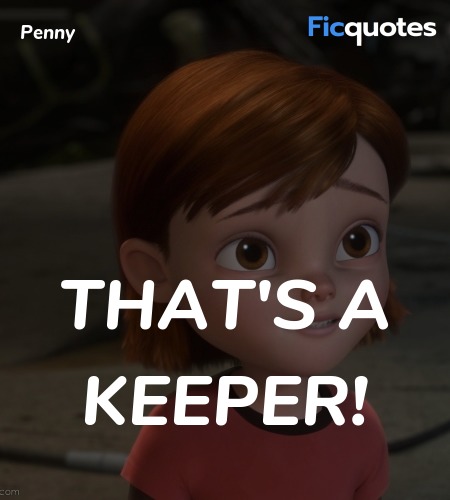 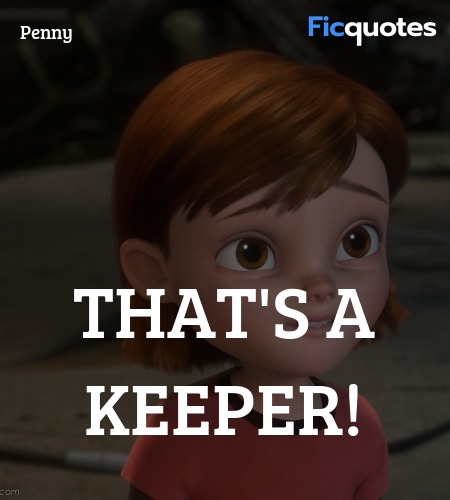 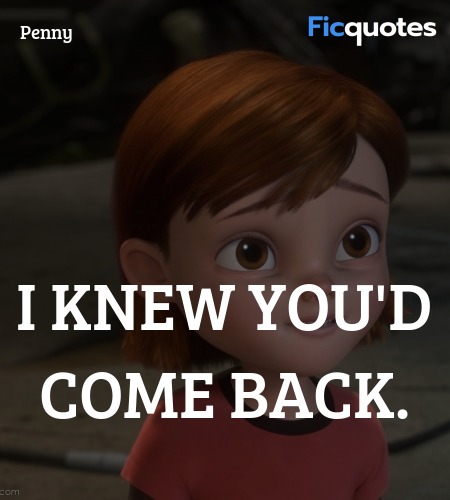 I knew you'd come back. 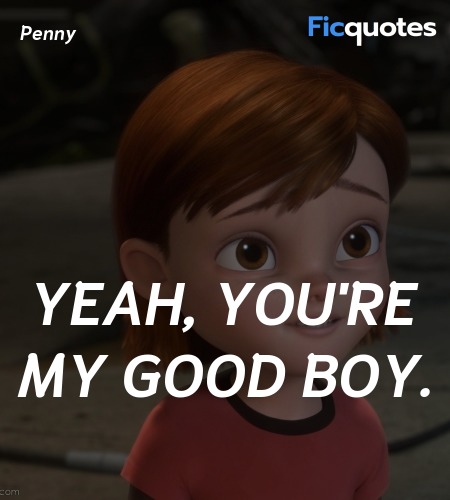 Yeah, you're my good boy.

Hey! Look! My stomach's distended! How great is that?

How do you say "No way I'm doing this" in crazy?

I can not be contained in any container!

You saved me again, Bolt.

The real world hurts, doesn't it? But you wouldn't know anything about that, would you?

I'm going to beat your pancreas with your spleen!

They always pick the cute ones, the ones that look like you, Bolt, but the rest of us never come back out.

There's no truck that I know that can keep in Bolt and Rhino!

I'll get a ladder.

Ring, ring! Who's there? Destiny? I've been expecting your call.

That meat lover's pizza is NOT loving me back at all!

Slow down! You're scraping the fur off my...

I don't know what's going on here, but I'm just a little bit concerned about the number of lunatics on this trip. My limit is one.

Look, I'm gonna let you in on a little secret, okay? A little-known cat secret. You know why we hate dogs? 'Cause we wanna be dogs! We have dog complexes.

That's a weird place to put a piano.

They pretend they're going to always be there for you, and then one day they pack up and move away and take their love with them, and leave their declawed cat to fend for herself! They leave her, wondering what she did wrong.

Are you mad? You don't know the power of Styrofoam!

We hope you enjoyed reading Bolt quotes. Browse other movie quotes on Ficquotes also. If you think we missed any quote from Bolt, please send it to us so we can expand our collection of the best Bolt quotes.