Directed by: Jason Reitman
Written by: Diablo Cody
Starring: Ellen Page, Michael Cera, Jennifer Garner
Released on: December 25, 2007
Taglines: A comedy about growing up... and the bumps along the way. 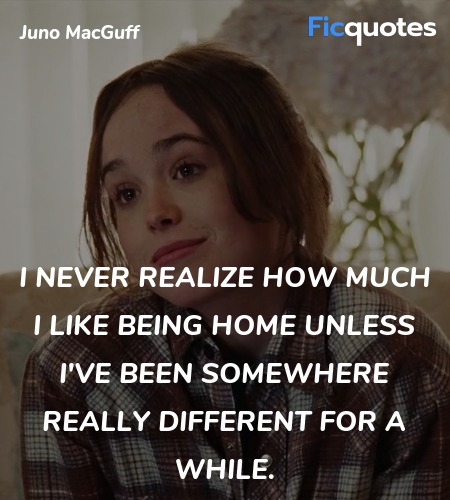 I never realize how much I like being home unless I've been somewhere really different for a while. 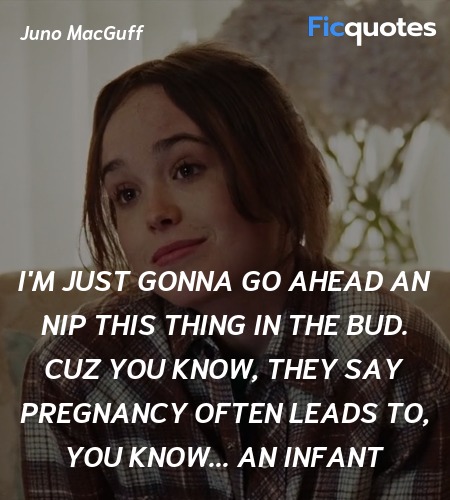 I'm just gonna go ahead an nip this thing in the bud. Cuz you know, they say pregnancy often leads to, you know... an infant 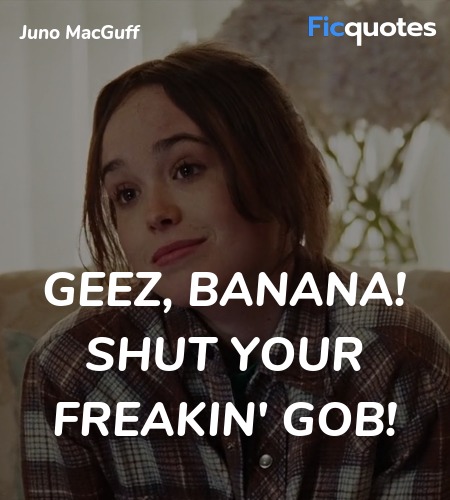 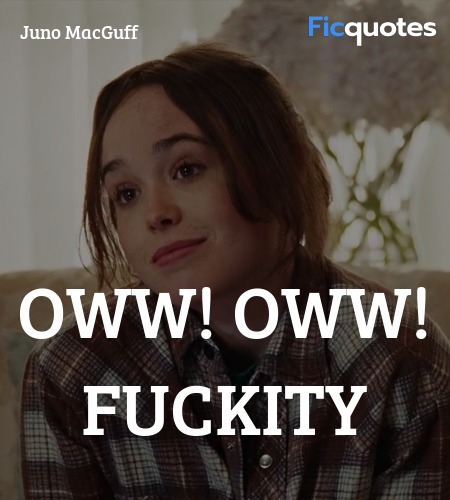 ...like it would be friggin' sweet if no one hit me.

When I see them all running like that, with their things bouncing around in their shorts, I always picture them naked, even if I don't want to. All i see is pork swords.

Can I use the facilities? Because being pregnant makes me pee like Seabiscuit!

Oh and you know what? I bought another Sonic Youth album and it sucked... it's just noise.

Bleeker's mom was possibly attractive once, but now she looks like a Hobbit. You know, the fat one that was in the Goonies.

You're quite the sellout, Mark. I mean... what would the Melvins say?

I need to know that it's possible that two people can stay happy together forever.

And Paulie is actually great... in chair.

You seem to be getting pregnanter these days.

Can we make out now?

Vanessa Loring : How do I look?
Bren : Like a new mom. Scared shitless.

Mark Loring : It's not an apartment, it's a loft.
Vanessa Loring : Well, aren't you the cool guy?

Mark Loring : You could just wait a couple months. It's not like the baby's going to storm in here any second and demand dessert-colored walls.
Vanessa Loring : What to Expect says that readying the baby's room is an important process for women. It's called "nesting."
Mark Loring : Nesting, huh? Are you planning to build the crib out of twigs and saliva?

I am giving you the gift of life, screaming, pooping life, and you don't even have to be there when it comes out all covered in blood and guts

It ended with a chair.

You should try talking to it. 'Cause, like, supposedly they can hear you even though it's all, like, ten-thousand leagues under the sea.

It started with a chair.

They were Mark and Vanessa Loring. And they were beautiful even in black and white.

Yeah, I'm a legend. You know, they call me the cautionary whale.

Orange Tic-Tacs are Bleeker's one and only vice. When we made out, the day I got pregnant, his mouth tasted really tangy and delicious.

This is the most magnificent discarded living room set I've ever seen.

Uhhh, I hate it when adults use the term "sexually active." What does it even mean? Am I gonna like deactivate some day or is it a permanent state of being?

Yeah I came as soon as I got that ultrasound goo off my pelvis. It was crazy actually, my step-mom verbally abused the ultrasound tech and we got escorted off the premises.

I named my guitar "Roosevelt"-not Ted, Franklin. You know, the hot one, with polio.

Juno MacGuff : ...and the receptianist tried to get me to take these condoms that looked like grape suckers and was just babbling away about her freaking boyfiends pie balls! Oh an Su-Chin was there and she was like, "Hi babies have fingernails." Fingernails!
Leah : Oh, gruesome. I wonder if the baby's claws could scratch your vag on the way out?

You should've gone to China, you know, 'cause I hear they give away babies like free iPods. You know, they pretty much just put them in those t-shirt guns and shoot them out at sporting events.

Oh, and she inexplicably mails me a cactus every Valentine's Day. And I'm like, "Thanks a heap coyote ugly. This cactus-gram stings even worse than your abandonment."

We hope you enjoyed reading Juno quotes. Browse other movie quotes on Ficquotes also. If you think we missed any quote from Juno , please send it to us so we can expand our collection of the best Juno quotes.