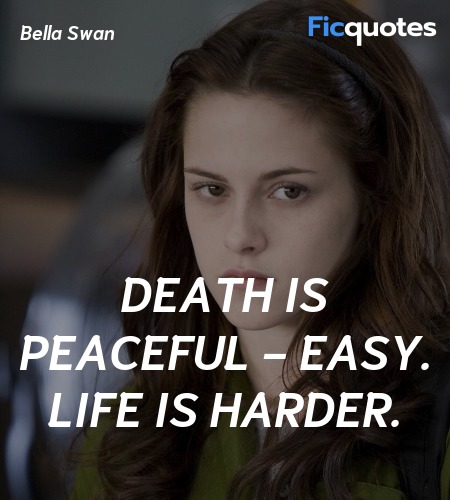 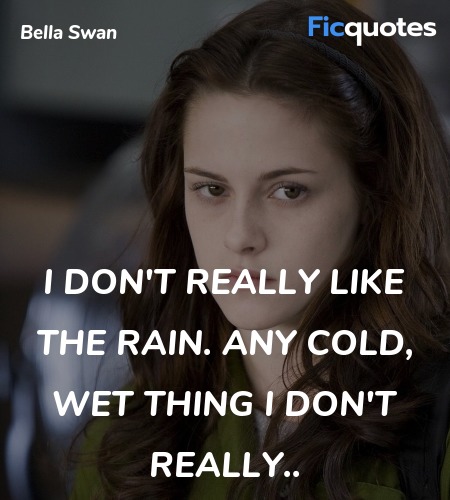 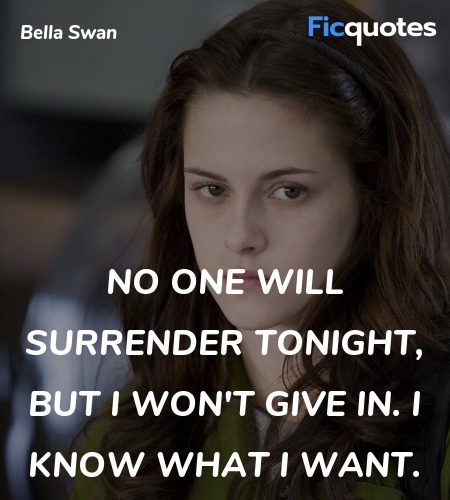 No one will surrender tonight, but I won't give in. I know what I want. 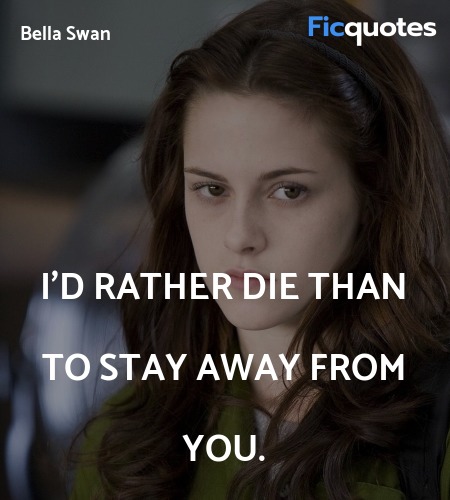 I'd rather die than to stay away from you.

I'd never given much though to how I would die. But dying in place of someone I love, seems like a good way to go. I can't bring myself to regret the decisions that brought me face to face with death. They also brought me to Edward.

Isabella Swan : Are you going to tell me how you stopped the van?
Edward Cullen : Yeah. Um... I had an adrenaline rush. It's very common. You can Google it.

About three things I was absolutely positive: First, Edward was a vampire. Second, there was a part of him-and I didn't know how dominant that part might be-that thirsted for my blood. And third, I was unconditionally and irrevocably in love with him.

Looks like the Newton boy's got a big smile for ya'

Isabella Swan : I've never given much thought to how I would die. But dying in the place of someone I love seems like a good way to go. So, I can't bring my self to regret the decisions to leave home. I would miss Phoenix, I would miss the heat... I would miss my loving, erratic, hare-brained mother, and her new husband.
Phil Dwyer : Come on, guys! I love you both, but we have a plane to catch!
Isabella Swan : But they want to go on the road. So, I'm gonna spend some time with my dad... and this will be a good thing... I think.

Edward Cullen : My family, we're different from others of our kind. We only drink animal blood, but it's your scent. It's like a drug to me. It's like you're my own personal brand of heroin.
Isabella Swan : Why did you hate me so much when we met?
Edward Cullen : I did, only because of wanting you so badly. I still don't know if I can control myself.
Isabella Swan : I know you can.

Edward Cullen : I don't have the strength to stay away from you anymore.
Isabella Swan : Then don't.

Isabella Swan : Mom, can I talk to you later?
Renee Dwyer : Come on, we gotta talk boys! Are you being safe?

Billy Black : I'm down with the kids.
Charlie Swan : Oh yeah, you're the bomb.