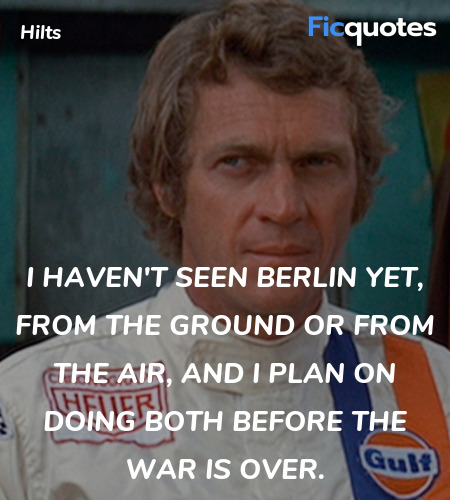 I haven't seen Berlin yet, from the ground or from the air, and I plan on doing both before the war is over. 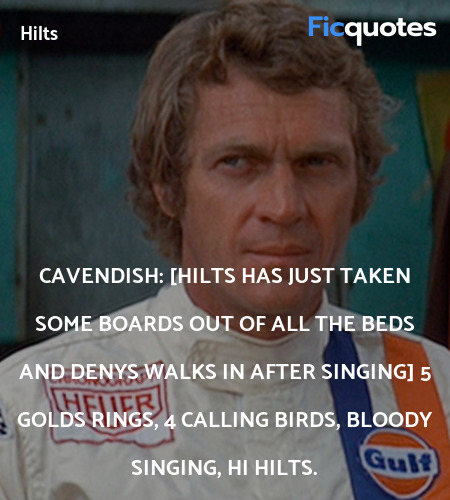 Cavendish: [Hilts has just taken some boards out of all the beds and Denys walks in after singing] 5 golds rings, 4 calling birds, bloody singing, hi Hilts. 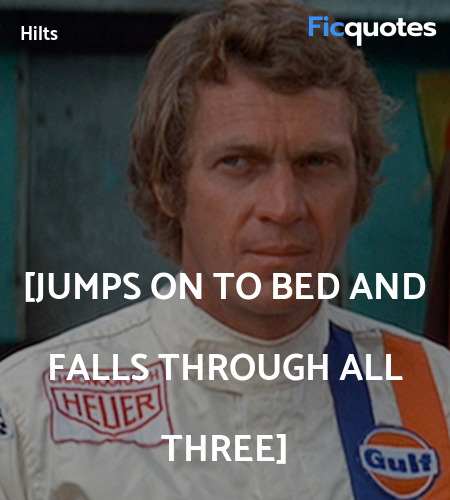 [jumps on to bed and falls through all three] 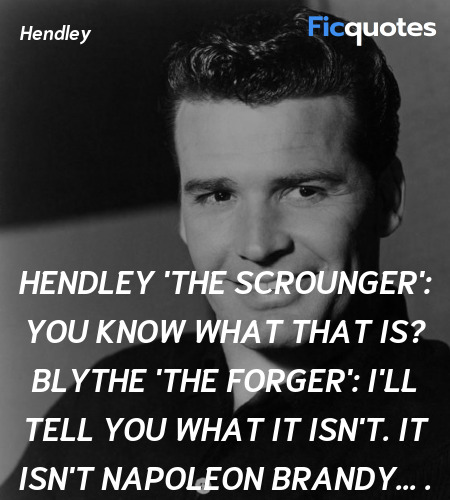 Hendley 'The Scrounger': You know what that is?
Blythe 'The Forger': I'll tell you what it isn't. It isn't Napoleon Brandy... .

Colin's not a blind man as long as he's with me. And he's going with me!

There's madness in their method.

One has to ask some very strange things in the job I have.
Bartlett: In the three years, seven months and two weeks that I've been in the bag, that's the most extraordinary stuff I've ever tasted. It's shattering!
MacDonald: Well, I think it's rather good... Well, with your permission, sir, I think I'll all on kives. Er, call on Ives.

Ashley-Pitt: I didn't think he'd get caught so soon.
Bartlett: He wasn't caught.

Hilts: Wait a minute. You aren't seriously suggesting that if I get through the wire... and case everything out there... and don't get picked up... to turn myself in and get thrown back in the cooler for a couple of months so you can get the information you need?
Bartlett: Yes.

Ramsey: Roger's idea was to get back at the enemy the hardest way he could, mess up the works. From what we've heard here, I think he did exactly that.
Hendley: Do you think it was worth the price?
Ramsey: Depends on your point of view, Hendley.

Hilts: [sees that Denys has fallen through bed] Never mind.