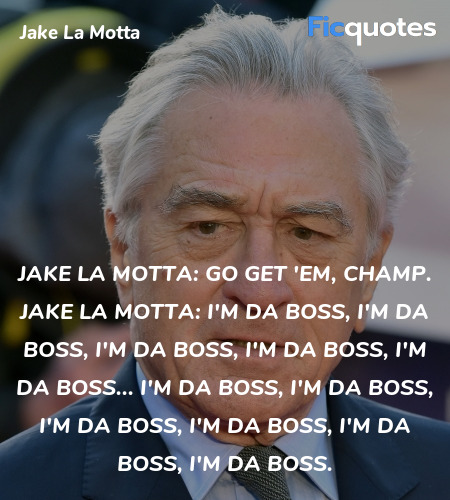 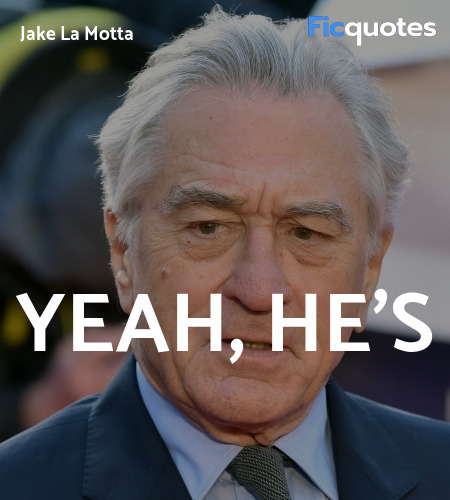 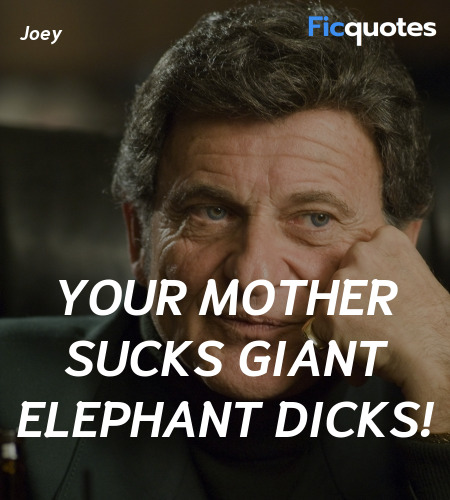 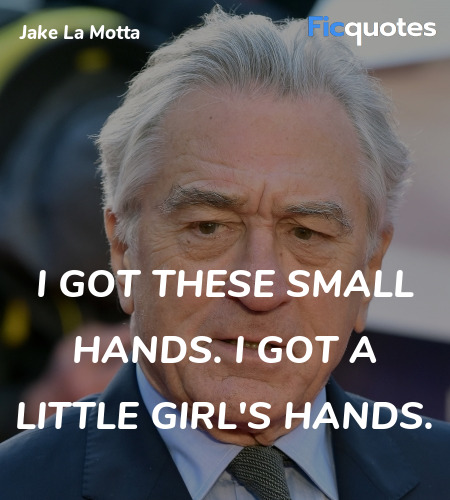 I got these small hands. I got a little girl's hands.

What are ya thinkin' about? Ya keep lookin'. Where the fuck you going? You're dead! You're married! You're a married man, it's all over. Leave the young girls for me.

If you win, you win. If you lose, you still win.

Shut up. You just shut up. I'll fucking take care of you later.Larry!

Jake La Motta: I remember those cheers / They still ring in my ears / After years, they remain in my thoughts. / Go to one night / I took off my robe, and what'd I do? I forgot to wear shorts. / I recall every fall / Every hook, every jab / The worst way a guy can get rid of his flab. / As you know, my life wasn't drab. / Though I'd much... Though I'd rather hear you cheer / When you delve... Though I'd rather hear you cheer / When I delve into Shakespeare / "A horse, a horse, my kingdom for a horse", I haven't had a winner in six months.
Jake La Motta: Though I'm no Olivier / I would much rather... And though I'm no Olivier / If he fought Sugar Ray / He would say / That the thing ain't the ring, it's the play. / So give me a... stage / Where this bull here can rage / And though I could fight / I'd much rather recite /... that's entertainment.

They robbed you. They're miserable because their mothers take it up their fucking ass.

Who is this? Sal, is that you. I can hear you breathing you fuck. You listening, your mother sucks fucking big fucking elephant dicks, you got that?

Friends. They're in a huddle. Big business meeting. By the pool, they sit around and talk. Big deals. They make sure she can hear. Big Man. Get the fuck outta here. Big shot. Get 'em all in a back room, smack 'em around, no more big shot, without his gun. They're tough guys. They're all tough guys.

I get ya's both in the ring, I'll give ya both a fuckin' beatin', ya both can fuck each other.

You punch like you take it up the ass.

a nice kid, pretty kid, don't know whether to fuck him or fight him.

You didn't get me down, Ray.