The Secret in Their Eyes Quotes

Best The Secret in Their Eyes Movie Quotes

The Secret in Their Eyes

The Secret in Their Eyes Quotes 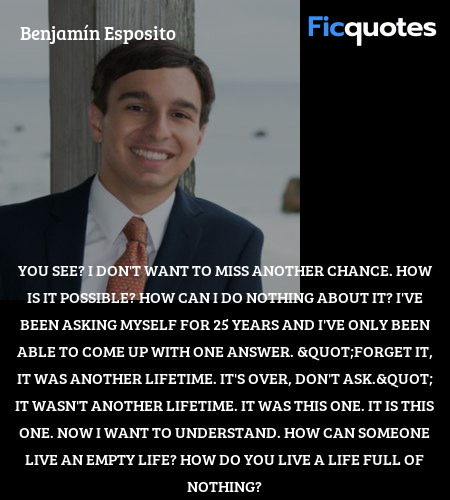 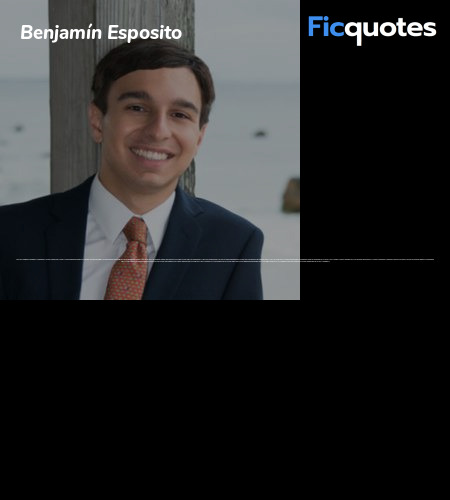 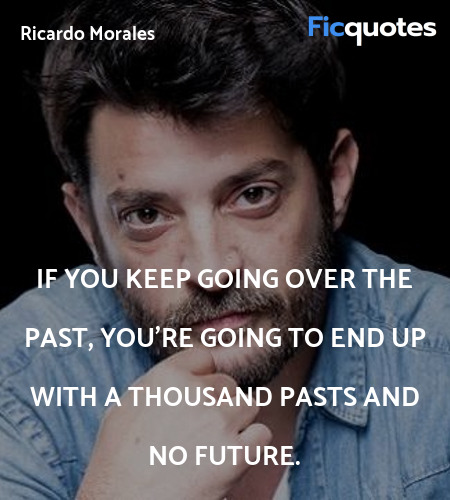 If you keep going over the past, you're going to end up with a thousand pasts and no future. 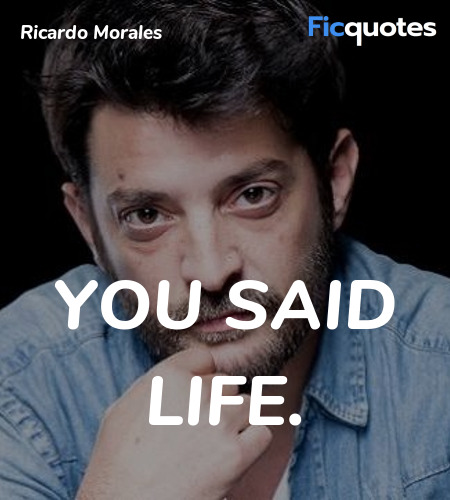 The worst part is I'm starting to forget. I have to constantly make myself remember her. Every day. The day she was killed, Liliana made me tea with lemon. I'd been coughing all night and she said it would help. I remember those stupid things. Can you see? Then I start having doubts and I don't remember if it was lemon or honey in the tea. And I don't know if it's a memory or a memory of a memory I'm left with.

A guy can change anything. His face, his home, his family, his girlfriend, his religion,his God. But there's one thing he can't change. He can't change his passion...

The dog probably had rabies. You're gonna die.

He ran to the end of the train and watched as her figure, once gigantic, now shrank in his eyes, but grew more than ever in his heart.

On June 21st, 1974, Ricardo Morales had breakfast with Liliana Coloto for the last time. For the rest of his life he'd remember every single detail of that morning. Planning their first vacation... Drinking tea with lemon for his nagging cough... with his usual lump and a half of sugar. The fresh berry jam he'd never taste again. The flowers printed on her nightgown... and especially, her smile. That smile like the sunrise... blending in with the sunlight on her left cheek...

The eyes speak... speak for nothing, better to shut up.

Choose carefully. Memories are all we end up with. At least pick the nice ones.