Mowgli Legend of the Jungle (2018) Quotes

Mowgli Legend of the Jungle (2018) Quotes 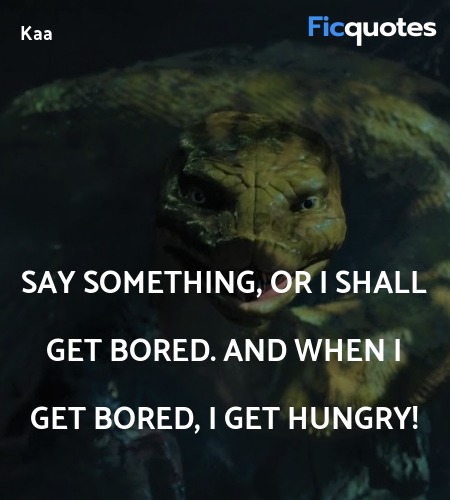 Say something, or I shall get bored. And when I get bored, I get hungry! 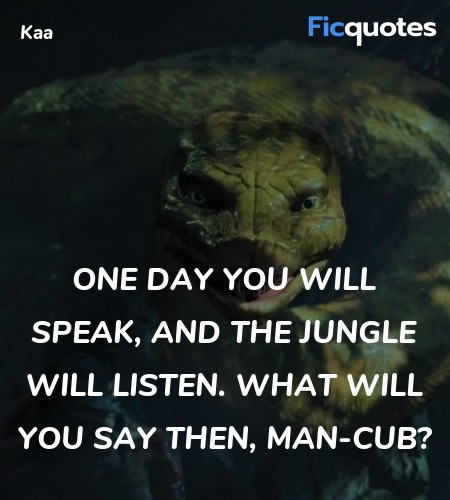 One day you will speak, and the jungle will listen. What will you say then, man-cub? 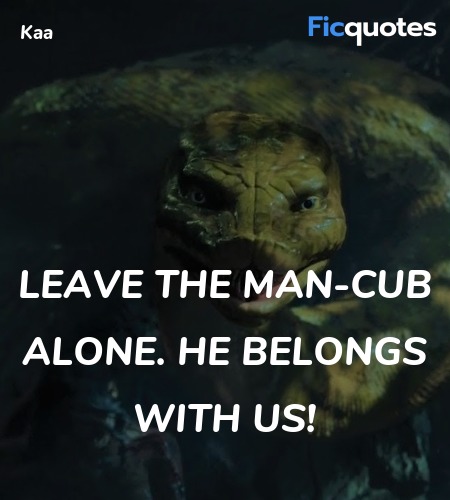 Leave the man-cub alone. He belongs with us! 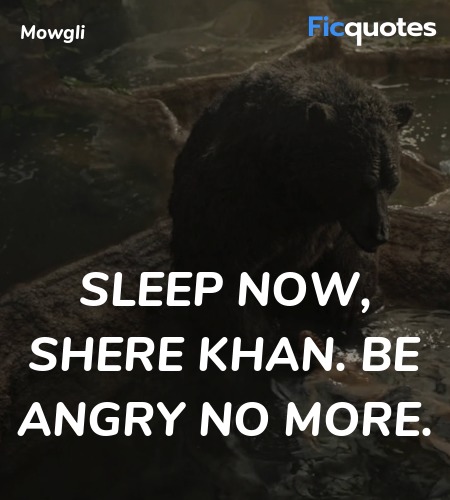 I think we can all agree, Mowgli, that you are something the jungle has never seen before.

With the tiger and the hunter now gone, the future shimmered from darkness into light. Mowgli, man and wolf, both and neither, had given the jungle a voice. And for as long as he stood watch, it would speak a lasting peace.

Akela: When you were a cub, I looked you in the eye and saw no fear. I believed that one day you would bring peace to the jungle. But you have become a man now.
Mowgli: I'm not a man! But neither am I a wolf.

I am the jungle's eyes. I can see the past, and the future. It is I, Kaa, who witnessed the coming of man. And the jungle trying to survive. I saw chaos and darkness come to our lands. I saw the tiger, Shere Khan, killing man, and breaking the jungle's ancient law. And then, one fateful night, I saw the jungle place its hopes into the hands of a small creature, the like of which it had never seen before.

Shere Khan: The man-cub is mine! I have already tasted its mother's blood! It is my right.
Nisha: Your right according to whose law?

Akela: You have no right to be here, Shere Khan.
Shere Khan: I think you'll find I stay where I please.
Akela: You kill man's cattle, you poison the jungle. You're the reason man is here!
Shere Khan: But you permitted man to live among you! You pretend he is a wolf. And you know that is the one thing he will never be. He will always be a man! YOU poisoned the jungle.

Mowgli: What happens if you fail?
Baloo: You don't JOIN THE PACK!

Kaa: The whole jungle has been watching you, man-cub.
Mowgli: Why?
Kaa: Even you must know you are unusual. Not quite a wolf, not quite a man, or neither, or both...

Kaa: Are you afraid of me?
Mowgli: No...
Kaa: Sometimes fear is the only intelligent response, don't you think?