If we die for them, Harry, I'm going to KILL YOU! 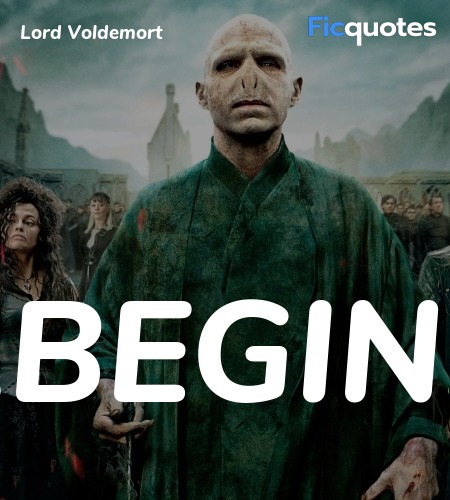 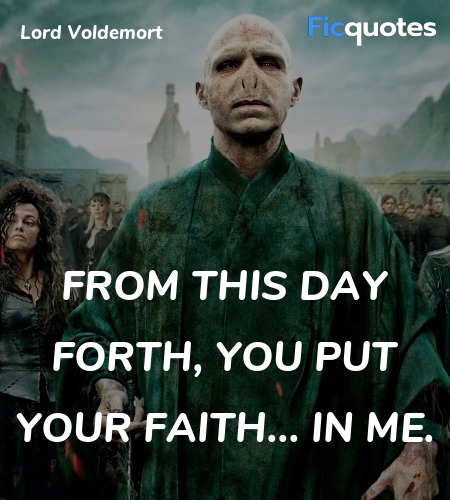 From this day forth, you put your faith... in me. 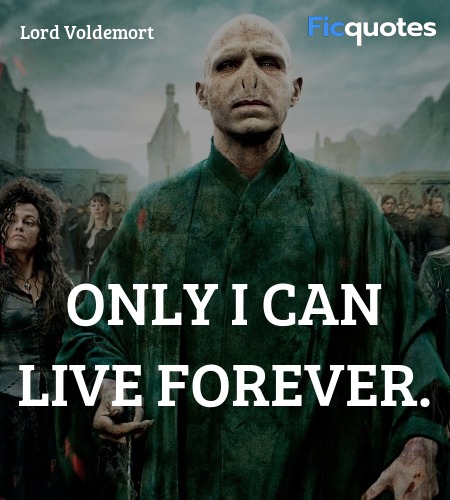 Only I can live forever. 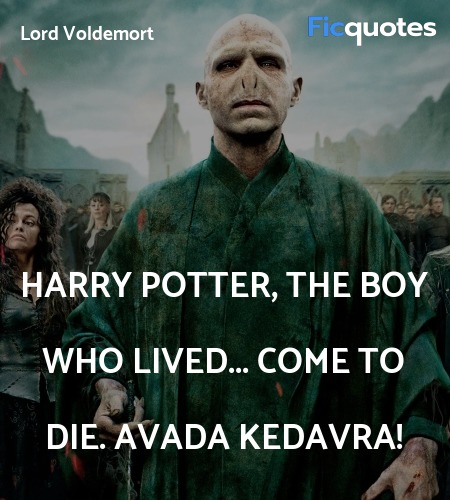 They never learn. Such a pity.

Join me in the forest tonight and confront your fate.

We can end this.

Is it here, Harry? Can you feel anything?

Hermione Granger : We can't just stand here. Who's got an idea?
Ron Weasley : Don't ask us. You're the brilliant one!

AHHHHHH! Goyle has set the bloody place on fire!

Come on Tom, let's finish this the way we started, together.

Do not pity the dead, Harry. Pity the living and above all, those who live without love.

Words are, in my not-so-humble opinion, our most inexhaustible source of magic. Capable of both inflicting injury, and remedying it.

Lord Voldemort : [as Harry, Ron and Hermione stand in the boathouse, Voldemort's voice echoes throughout the castle grounds] You have fought valiantly, but in vain.
Lord Voldemort : I do not wish this. Every drop of magical blood spilled is a terrible waste. I therefore command my forces to retreat.
Lord Voldemort : In their absence, dispose of your dead with dignity. Harry Potter, I now speak directly to you. On this night, you have allowed your friends to die for you rather than face me yourself.
Lord Voldemort : There is no greater dishonor. Join me in the Forbidden Forest and confront your fate. If you do not do this, I shall kill every last man, woman and child who tries to conceal you from me.

Neville Longbottom : I'd like to say something...
Lord Voldemort : ...I think we'd all be fascinated to hear what you have to say.

Ollivander : If he truly has the Elder Wand, I'm afraid you really don't stand a chance.
Harry Potter : I suppose I'll have to kill him before he finds me.

There's something hidden here in the castle, and it may help us defeat you-know-who.

Griphook : I have no interest in gold.
Harry Potter : What then?
Griphook : That. That is my price.

Harry Potter : We have to go there, now.
Hermione Granger : What? We can't do that! We've got to plan! We've got to figure it out...
Harry Potter : Hermione! When have any of our plans ever actually worked? We plan, we get there, all hell breaks loose!

There is no wand more powerful. It answers to you, and to you only.