Harry Potter and the Goblet of Fire (2005) Quotes

Best Harry Potter and the Goblet of Fire (2005) Movie Quotes

Harry Potter and the Goblet of Fire (2005) Quotes 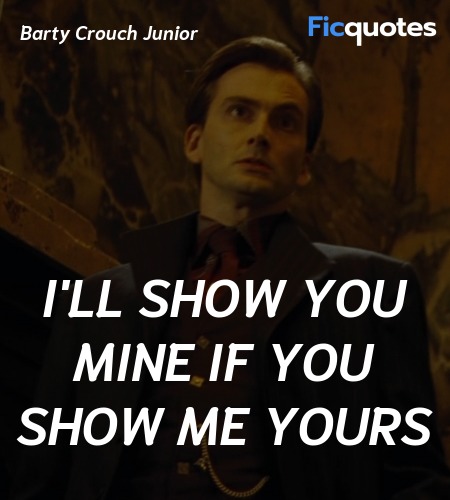 I'll show you mine if you show me yours

Dumbledore : Send a message to Azkaban. I think they'll find they're missing a prisoner.
Barty Crouch Junior : I'll be welcomed back like a hero!
Dumbledore : Perhaps. Personally, I've never had much time for heroes. 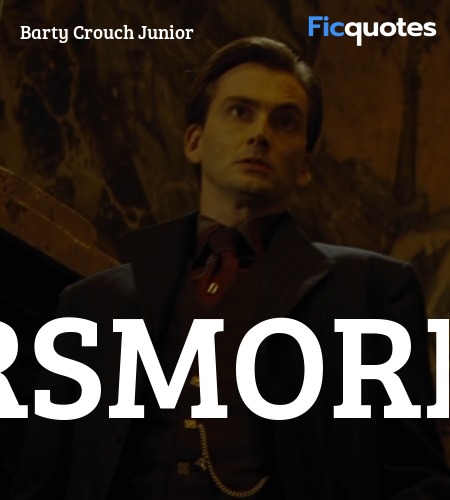 Hermione : Look at this! I can't believe it, she's done it again!
Hermione : 'Miss Granger, a plain but ambitious girl, seems to be developing a taste for famous wizards. Her latest prey, sources report, is none other than the Bulgarian bon-bon Viktor Krum. No word yet on how Harry Potter's taking this latest emotional

Harry : What's with the flower? Hagrid... have you combed your hair?
Hagrid : 'S a matter of fact I have. You might want to try the same thing now and again.

Why are they all standing around that manky old boot?

Hermione : This is horrible! How can the ministry not know who conjured it? Wasn't there any security?
Ron : Loads, according to Dad. That's what worries them so much. It happened right under their noses.

Your wand, Harry! Your wand!

Ron, you spoiled everything!

Hermione : Victor's gone to get drinks. Would you care to join us?
Ron : No, we would not care to join you and *Victor*.
Hermione : What's got your wand in a knot?
Ron : He's from Durmstrang! You're fraternizing with the enemy!
Hermione : The enemy? Who was it wanting his autograph? Besides the whole point of the tournament is international magical cooperation. To make friends!
Ron : I think he's got a bit more than friendship on his mind. He's using you.
Hermione : How dare you! Besides, I can take care of myself!
Ron : Doubt it. He's way too old.
Hermione : What? That's what you think?
Ron : Yeah, that's what I think.
Hermione : You know the solution, then, don't you?
Ron : Go on.
Hermione : Next time there's a ball pluck up the courage to ask me before someone else does! And not as a last resort!
Ron : Well... that... that's completely off the point...

Ron : Why do you think she won't tell us who she's going to the ball with?
Harry : 'Cause she knows we'd take the mickey out of her if she did.

I didn't put my name in that cup! I don't want eternal glory, I just wanna be... look, I don't know what happened tonight and I don't know why. It just did.

Cedric Diggory : I realize I never really thanked you properly for tipping me off about those dragons.
Harry : Forget about it. I'm sure you would've done the same for me.
Cedric Diggory : Exactly. You know the Prefects' bathroom on the fifth floor? It's not a bad place for a bath. Just take your egg and... mull things over in the hot water. 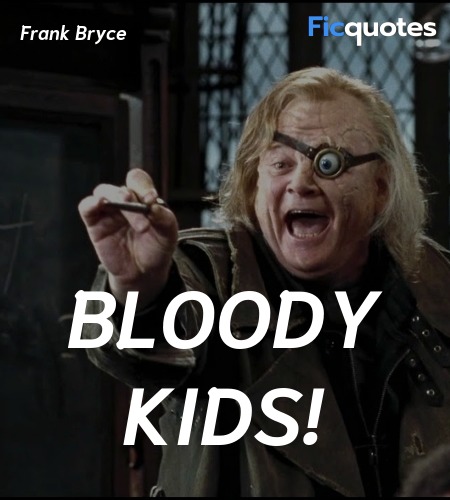 Harry : In the graveyard, my wand and Voldemort's sort of... connected.
Dumbledore : Priori Incantatem.

Neville : What's wrong, Harry? You seem a little tense!
Harry : Do I?

Harry : Dragons, that's the first task. They've got one for each of us.
Cedric Diggory : Are you serious? And Fleur and Krum, do they...?
Harry : Yes.
Cedric Diggory : Right. Hey, listen, about the badges. I've asked them not to wear them...

Harry : Dragons? That's the first task? You're joking!
Hagrid : Come on, Harry. They're seriously misunderstood creatures. Although, I have to admit, that Horntail is a right nasty piece of work. Poor Ron nearly fainted just seeing them, you know.
Harry : Ron was here?
Hagrid : Well sure. His brother Charlie had to bring them over from Romania. Didn't Ron tell you that?
Harry : No he didn't. He didn't tell me a thing.

Neville : You know, if you're interested in plants, you should use Goshawk's Guide To Herbology. There's someone in Tibet who's growing gravity resistant trees...
Harry : Neville, no offense, but I really don't care about plants. Now, if there's a Tibetan turnip that will help me breathe underwater for an hour, great. But otherwise...
Neville : I don't know about turnips, but you could always use gillyweed.