Harry Potter is played by Daniel Radcliffe in Harry Potter and the Deathly Hallows: Part 2 (2011). 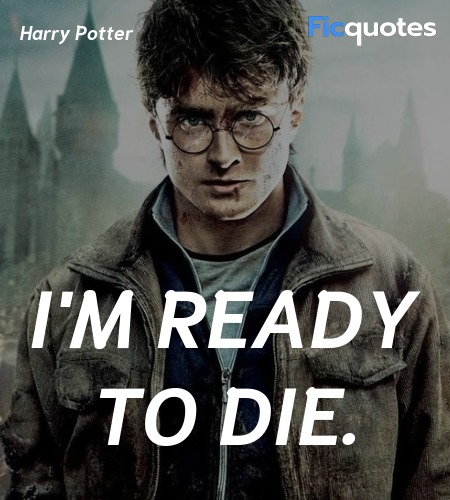 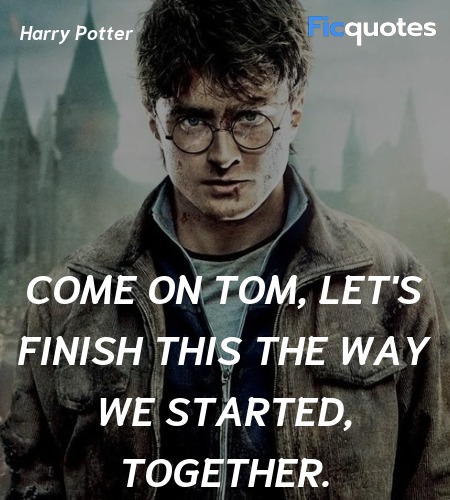 Come on Tom, let's finish this the way we started, together. 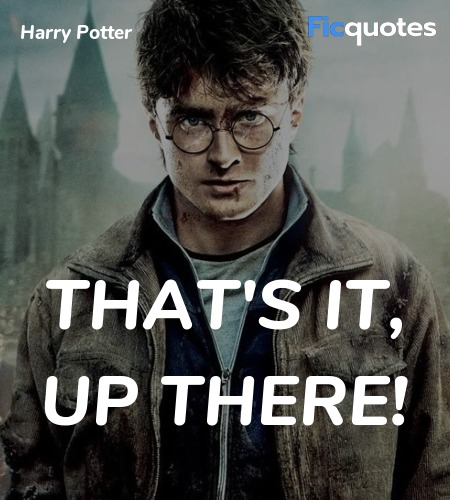 Harry Potter : We have to go there, now.
Hermione Granger : What? We can't do that! We've got to plan! We've got to figure it out...
Harry Potter : Hermione! When have any of our plans ever actually worked? We plan, we get there, all hell breaks loose!

Ollivander : If he truly has the Elder Wand, I'm afraid you really don't stand a chance.
Harry Potter : I suppose I'll have to kill him before he finds me.

There's something hidden here in the castle, and it may help us defeat you-know-who.

Griphook : I have no interest in gold.
Harry Potter : What then?
Griphook : That. That is my price.