The Narrator is played by Edward Norton in Fight Club. 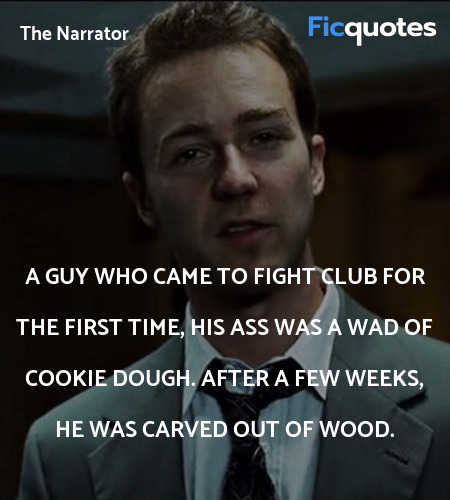 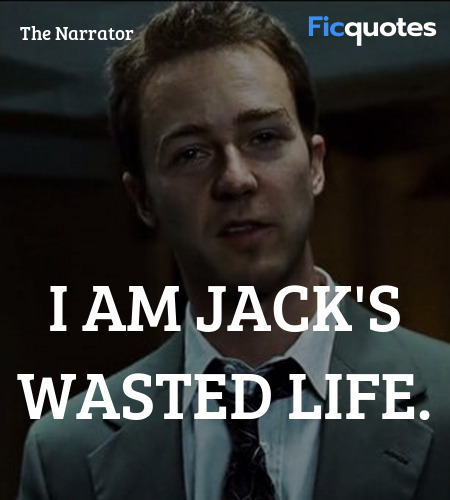 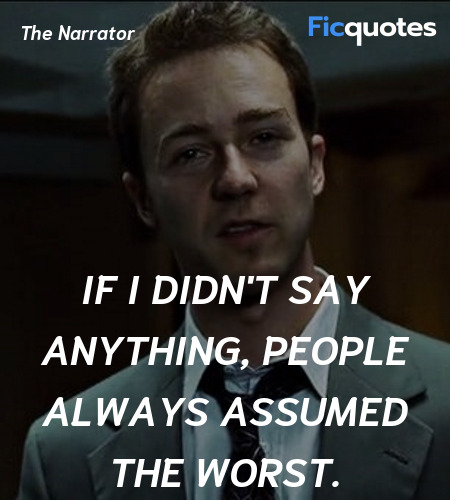 We hope you enjoyed reading our collection of The Narrator quotes. You can also browse other Fight Club quotes . If you think we missed any quote from The Narrator or Fight Club, please send it to us.