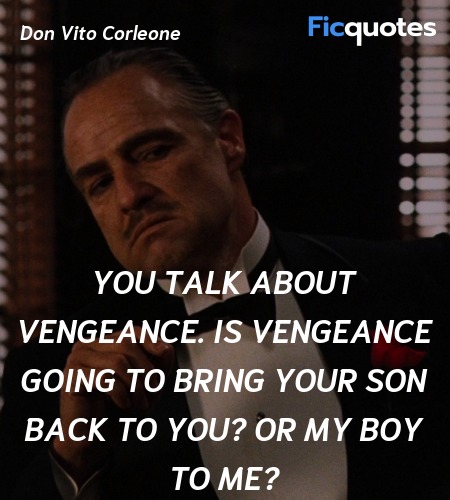 You talk about vengeance. Is vengeance going to bring your son back to you? Or my boy to me?

You touch my sister again, I'll kill you. 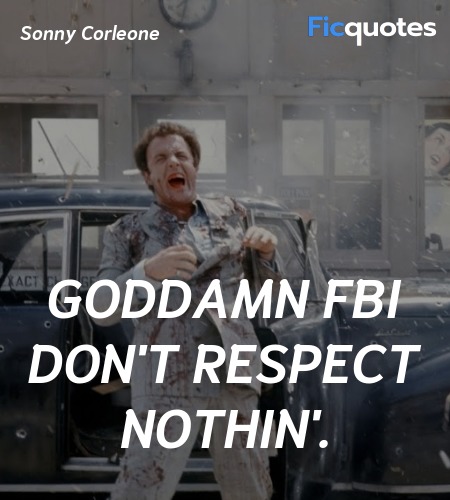 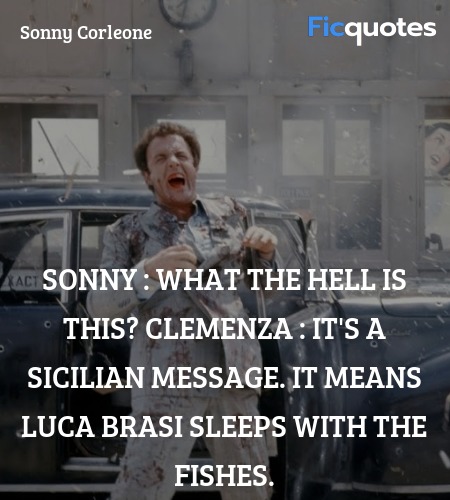 Sonny : What the hell is this?
Clemenza : It's a Sicilian message. It means Luca Brasi sleeps with the fishes. 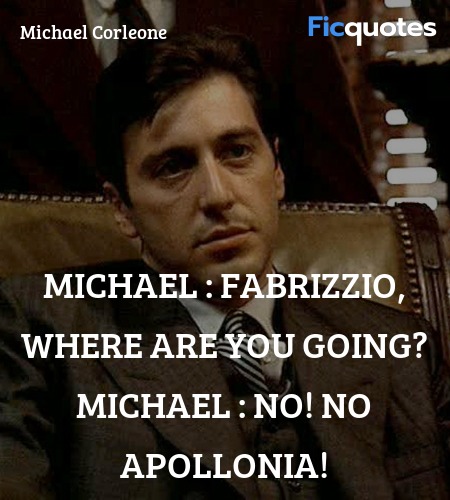 Michael : Fabrizzio, where are you going?
Michael : NO! NO APOLLONIA!

It's safer to teach you English!

Some people will pay a lot of money for that information; but then your daughter would lose a father, instead of gaining a husband.

Only don't tell me you're innocent. Because it insults my intelligence and makes me very angry.

So, Barzini will move against you first. He'll set up a meeting with someone that you absolutely trust, guaranteeing your safety. And at that meeting, you'll be assassinated.

Listen, whoever comes to you with this Barzini meeting, he's the traitor. Don't forget that.

My godson has come all the way from California. Give him a drink.

Look how they massacred my boy!

You talk about vengeance. Is vengeance going to bring your son back to you, or my boy to me? I forgo the vengeance of my son. But I have selfish reasons. My youngest son was forced to leave this country because of this Sollozzo business. All right, now I have to make arrangements to bring him back here safely cleared of all these false charges. But I'm a superstitious man, and if some unlucky accident should befall him... if he should be shot in the head by a police officer, or if he should hang himself in his jail cell, or if he's struck by a bolt of lightning, then I'm going to blame some of the people in this room, and that I do not forgive. But, that aside, let me say that I swear, on the souls of my grandchildren, that I will not be the one to break the peace we have made here today.

Get up! Do something!