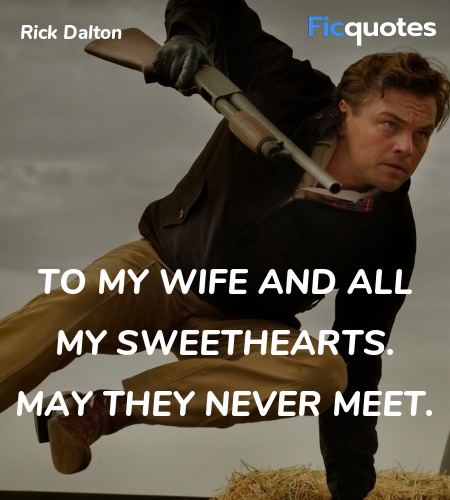 To my wife and all my sweethearts. May they never meet. 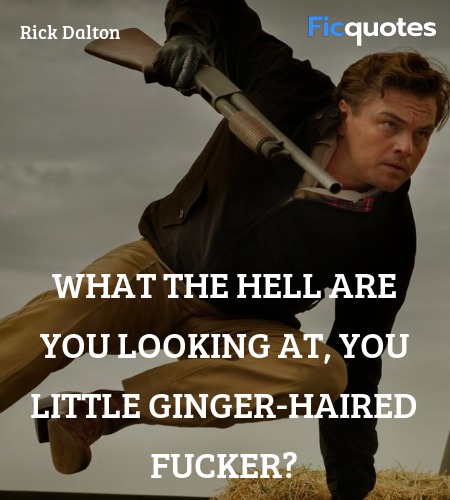 What the hell are you looking at, you little ginger-haired fucker?

Pussycat : This was a mistake; you should leave.
Cliff Booth : Way ahead of you. 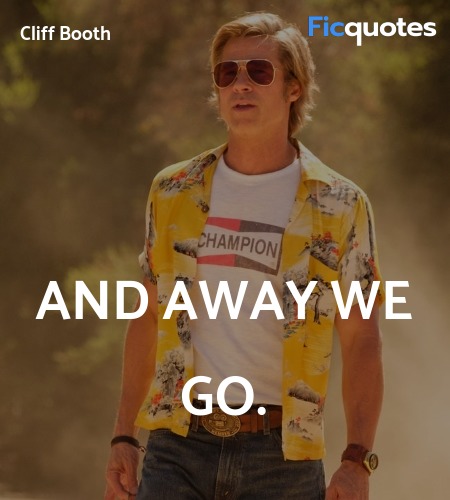 And away we go.

You fuckin' hippies came up here to smoke dope on a dark road, huh?

Jay Sebring : Is everybody okay?
Rick Dalton : Well... the fuckin' hippies aren't. That's for goddamn sure.

I ain't gonna hurt her. I just want her to play the fiddle. Now go fetch her and tell her I'll give her a fat, five-dollar gold piece if she play her little chili pepper heart out!

I could be one pool party away from starring in a Polanski movie!

Don't cry in front of the Mexicans.

Cliff Booth : You are real, right?
Tex : I'm as real as a donut, motherfucker.

Hey! You're Rick fucking Dalton. Don't you forget it.

Aww, what's the matter? You afraid I'll tell Jim Morrison you were dancing to Paul Revere & The Raiders? Are they not cool enough for you?

All the streets are silent... except when Rick Dalton's got a fucking shotgun, I'll tell you that.