Best The Fate of the Furious (2017) Movie Quotes 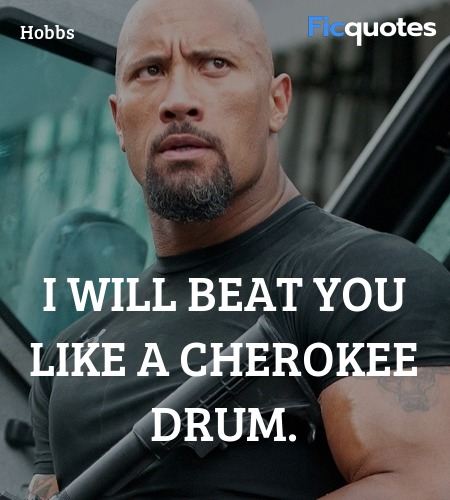 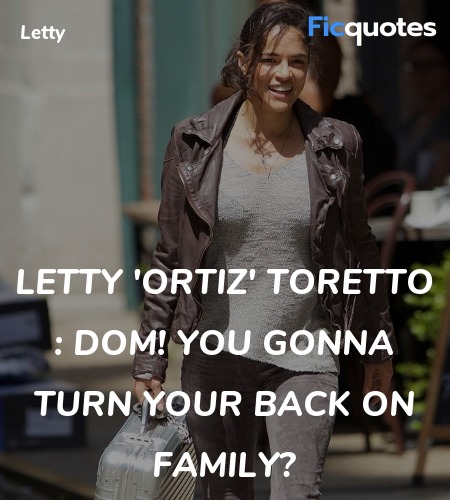 Letty 'Ortiz' Toretto : Dom! You Gonna turn your back on Family? 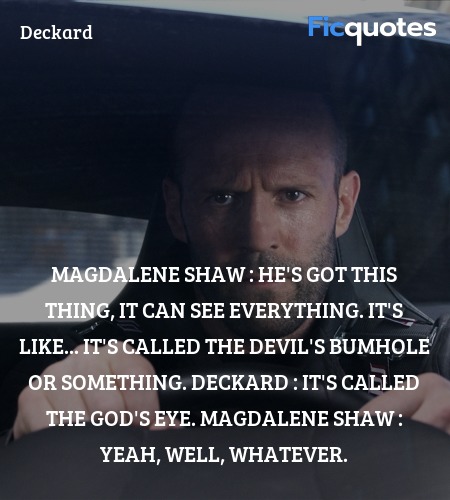 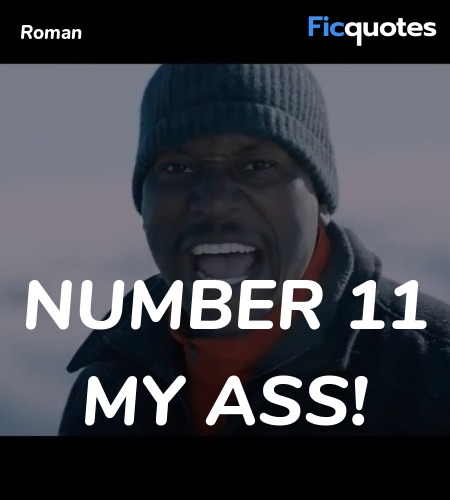 Why are you always yelling

That was for Elena.

This is a gift. A real gift. I know what you're doing. I like your beard. You're Blanta - black Santa.

Roman Pearce : Why are they shooting at me?
Tej Parker : I don't know. Maybe because you're in a orange Lamborghini.
Roman Pearce : Shut up, Tej!

Yo, shrinkage! We've got a sub to catch. Get in!

Miller : Hobbs! I've been waiting along time for this!
Hobbs : Keep waiting, bitch.

Plymouth Owner : We swap in parts from Fords... Plymouths and Cadillacs. My grandfather bought it in 1957. When he died, it passed to my father. Then my brother, and now me.
Dominic Toretto :Look at this. This is an engine from a boat.

Letty : No way.
Plymouth Owner : Whatever it takes to keep it running

What's it gonna be? You're gonna close your eyes on World War III or you're gonna saddle up and save the entire damn world.

Cipher : London... Abu Dhabi... Cuba. Our paths have crossed before, Dom. You just didn't know it. I think I need to remind you why you chose to be here.
Dominic Toretto : I got no choice!