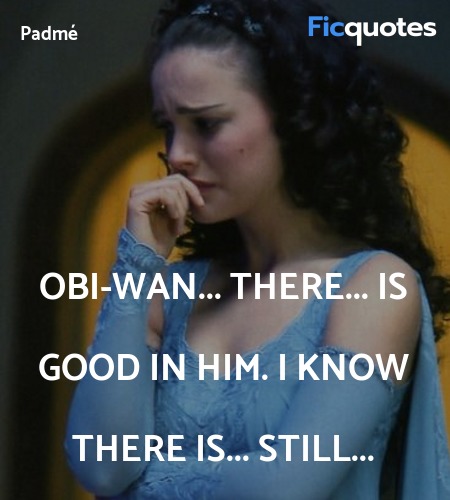 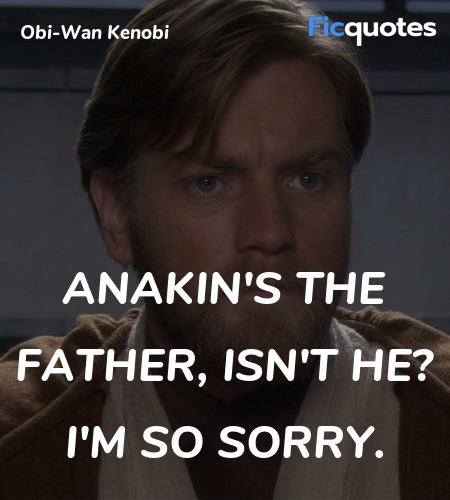 Anakin's the father, isn't he? I'm so sorry. 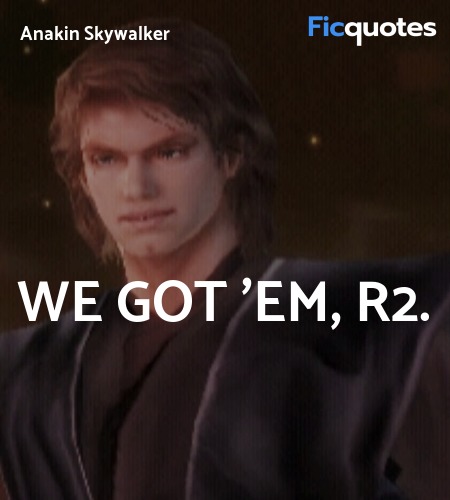 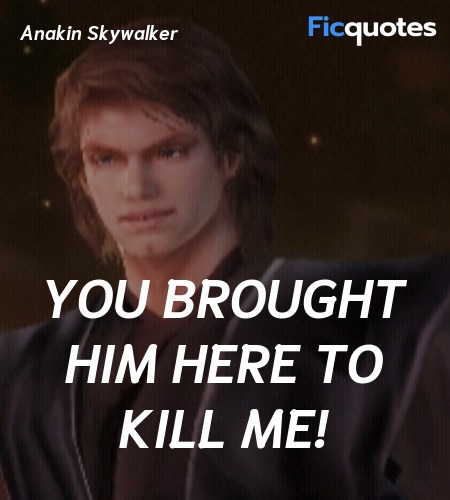 You brought him here to kill me!

I missed you, Padmé.

I'm going there to end this war. Wait for me until I return. Thing's will be different, I promise. Please wait for me.

Love won't save you, Padme. Only my new powers can do that.

This is where the fun begins.

Anakin, you're breaking my heart!

This war represents a failure to listen. Now you're closer to the Chancellor than anyone! Please, ask him to end this war and let diplomacy resume.

Hold me, like you did by the lake on Naboo; so long ago when there was nothing but our love. No politics, no plotting, no war.

What if the democracy we thought we were serving no longer exists, and the Republic has become the very evil we have been fighting to destroy?

So this is how liberty dies, with thunderous applause.

Who? Who could have done this?

Obi-Wan Kenobi : Anakin did not take to his new assignment with much enthusiasm.

Mace Windu : It's very dangerous, putting them together. I don't think the boy can handle it. I don't trust him.
Obi-Wan Kenobi : With all due respect, Master, is he not the Chosen One? Is he not to destroy the Sith and bring balance to the Force?
Mace Windu : So the prophecy says.
Yoda : A prophecy that misread could have been.
Obi-Wan Kenobi : He will not let me down. He never has.
Yoda : I hope right you are.

Anakin Skywalker : My powers have doubled since the last time we met, Count.
Count Dooku : Good. Twice the pride, double the fall.

General Grievous : Army or not, you must realize, you are doomed.
Obi-Wan Kenobi : Oh, I don't think so.

Not even the younglings survived.

Flying is for droids.

Obi-Wan? Is Anakin all right?

Always on the move.

Oh, I have a bad feeling about this.

Very well. The burden is on me not to destroy all the droids before you get there.