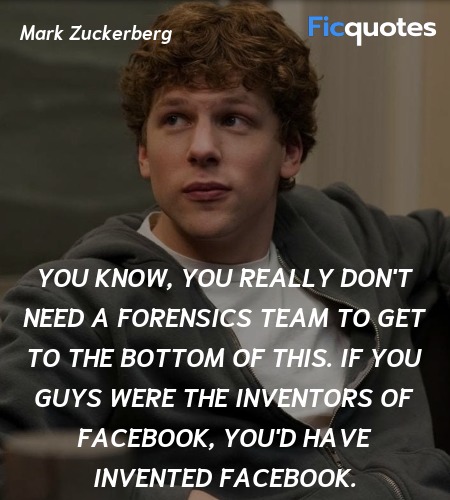 You know, you really don't need a forensics team to get to the bottom of this. If you guys were the inventors of Facebook, you'd have invented Facebook. 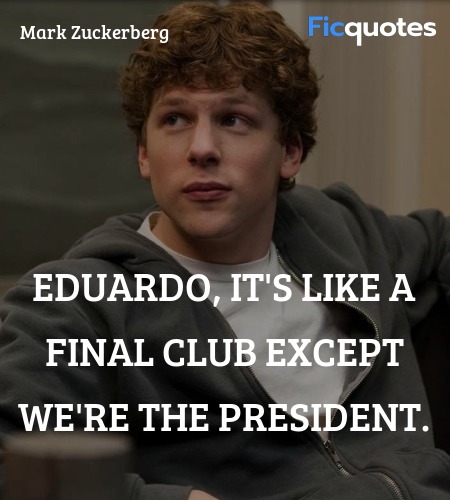 Eduardo, it's like a Final Club except we're the president. 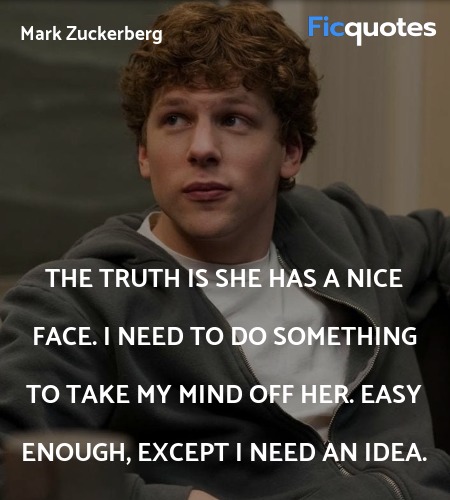 The truth is she has a nice face. I need to do something to take my mind off her. Easy enough, except I need an idea. 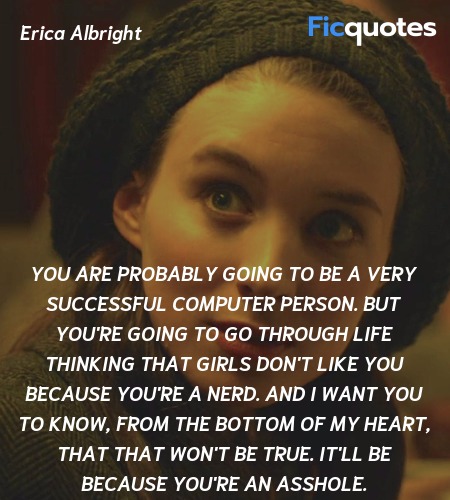 You are probably going to be a very successful computer person. But you're going to go through life thinking that girls don't like you because you're a nerd. And I want you to know, from the bottom of my heart, that that won't be true. It'll be because you're an asshole.

Ma'am, I know you've done your homework and so you know that money isn't a big part of my life, but at the moment I could buy Mt. Auburn Street, take the Phoenix Club, and turn it into my ping-pong room.