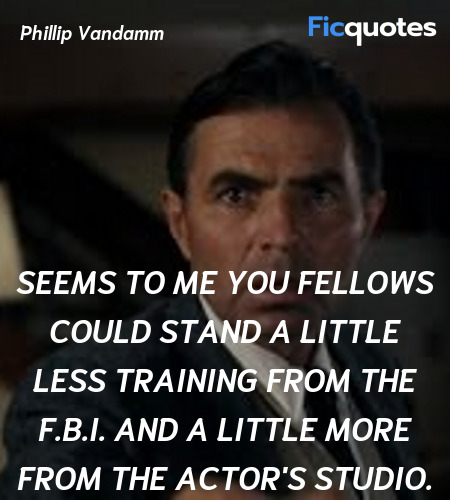 Seems to me you fellows could stand a little less training from the F.B.I. and a little more from the Actor's Studio. 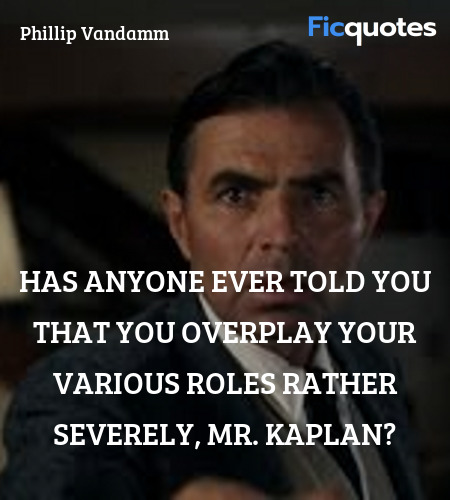 Has anyone ever told you that you overplay your various roles rather severely, Mr. Kaplan? 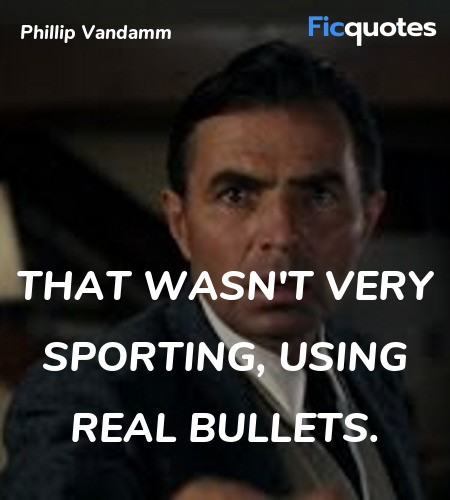 Gorgeous George: Get back down or you will not be coming up next time.
Gorgeous George: Oh, bollocks to you. This is sick. I'm out of here.
Mickey: You're not going anywhere, you thick lump.
Mickey: You stay until the job's done.
Turkish: It turned out that the sweet-talking, tattoo-sporting pikey was a gypsy bare-knuckle boxing champion. Which makes him harder than a coffin nail. Right now, that's the last thing on Tommy's mind. If Gorgeous doesn't wake up in the next few minutes, Tommy knows he'll be buried with him. Why would the gypsies go through the trouble of explaining why a man died in their campsite when they can bury the pair of them and just move camp? It's not like they got social security numbers, is it? Tommy - the tit - is praying. And if he isn't, he fucking should be.

Turkish: Well, do you want to do it?
Mickey: That depends.
Turkish: On what?
Mickey: On you buying this caravan. Not the rouge one, the rose.
Turkish: It's not the same caravan.
Mickey: It's not the same fight.
Turkish: It's twice the fucking size of the last one.
Mickey: Turkish, the fight is twice the size. And me ma still needs a caravan. I like to look after me ma. It's a fair deal. Take it.
Turkish: Mickey, you're lucky we aren't worm food after your last performance. Buying a tart's mobile palace is a little fucking rich.
Turkish: I wasn't calling your mum a tart. I just meant...
Mickey: Ah, save your breath for cooling your porridge. Now, look...
Mickey: She wants the Hector-2 roof lights, uh... the stylish ash-framed furniture and the scatter cushions with the matching shag pile covering.
Mickey: Right. And she's terrible partial to the periwinkle blue, boys. Have I made myself clear, boys?
Turkish: Yeah, that's perfectly clear, Mickey. Yeah... just give me one minute to confer with my colleague.
Turkish: Did you understand a single word of what he just said?

Turkish: I'm sorry, Mickey.
Mickey: Did ya do it? Then why are ya sorry?

I need to have a shite.

I bet ya can box a little, can't ya sir? Aye, you look like a boxer.