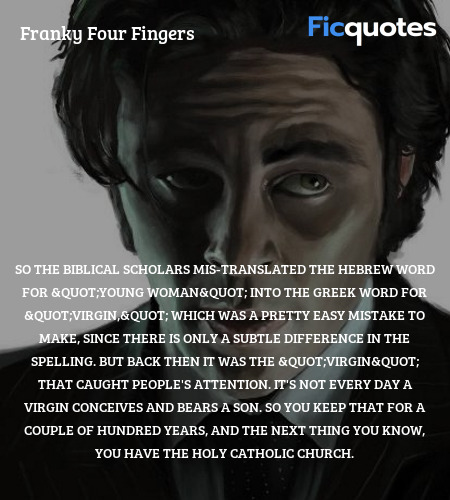 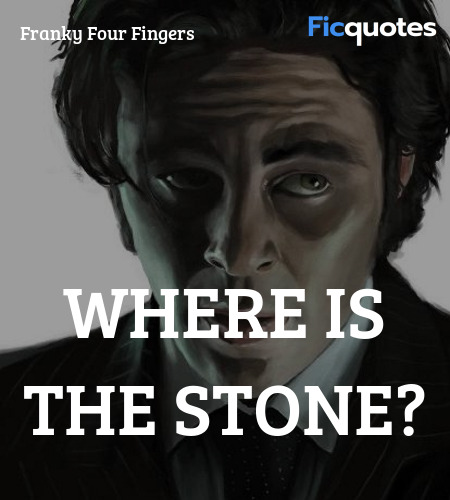 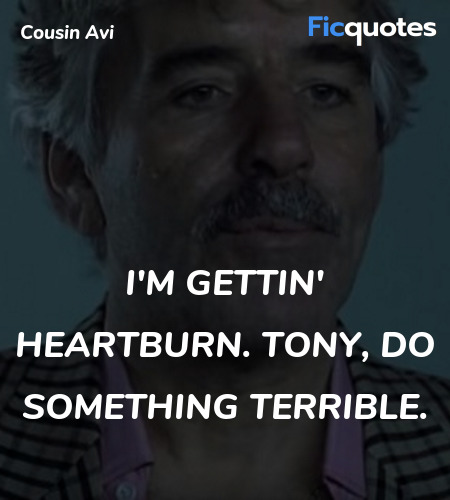 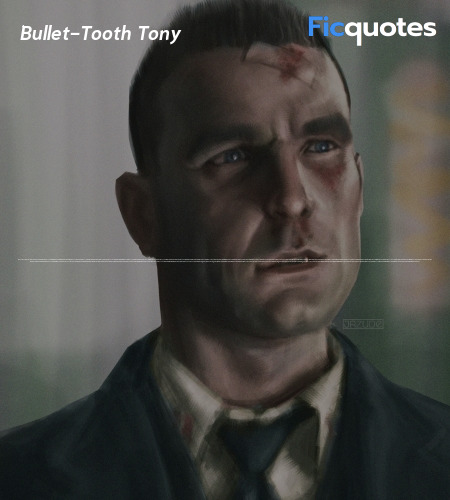 Bullet Tooth Tony: So, you are obviously the big dick. The men on the side of ya are your balls. Now there are two types of balls. There are big brave balls, and there are little mincey faggot balls.
Vinny: These are your last words, so make them a prayer.
Bullet Tooth Tony: Now, dicks have drive and clarity of vision, but they are not clever. They smell pussy and they want a piece of the action. And you thought you smelled some good old pussy, and have brought your two little mincey faggot balls along for a good old time. But you've got your parties muddled up. There's no pussy here, just a dose that'll make you wish you were born a woman. Like a prick, you are having second thoughts. You are shrinking, and your two little balls are shrinking with you. And the fact that you've got "Replica" written down the side of your guns...
Bullet Tooth Tony: And the fact that I've got "Desert Eagle point five O"...
Bullet Tooth Tony: Written on the side of mine...
Bullet Tooth Tony: Should precipitate your balls into shrinking, along with your presence. Now... Fuck off!

Avi, pull your socks up.

Avi: You got a toothbrush? We're going to London. Do you hear that, Doug? I'm coming to London.
Doug the Head: Avi!
Avi: Shut up and sit down, you big, bald fuck. I don't like leaving my own country, Doug, and I especially don't like leaving it for anything less then warm sandy beaches, and cocktails with little straw hats.
Doug the Head: We've got sandy beaches...
Avi: So? Who the fuck wants to see 'em? I hope you appreciate the concern I have for my friend Franky, Doug. I'm gonna find him, and you're gonna help me find him, and we're gonna start at that fight.

You should never underestimate the predictability of stupidity.

I'm driving down the road with your head stuck in my window. What does it look like I'm doin'?

We hope you enjoyed reading Snatch quotes. Browse other movie quotes on Ficquotes also. If you think we missed any quote from Snatch , please send it to us so we can expand our collection of the best Snatch quotes.