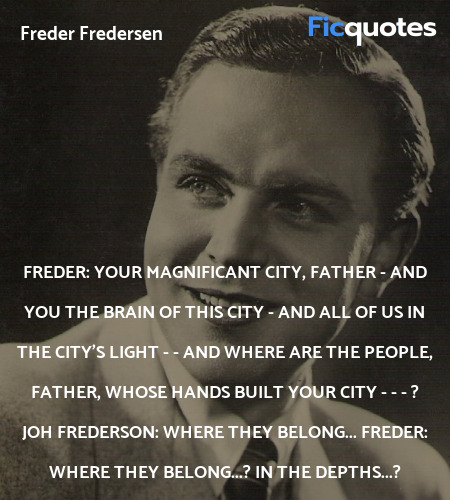 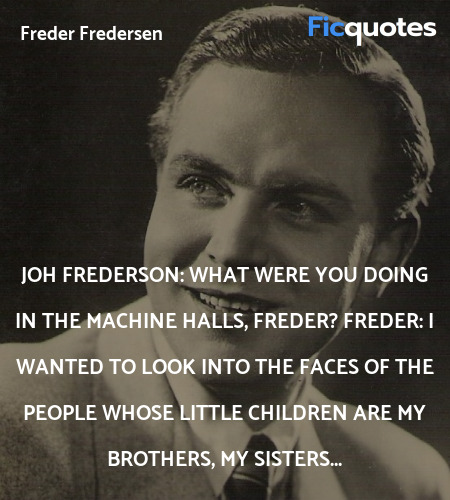 Joh Frederson: What were you doing in the machine halls, Freder?
Freder: I wanted to look into the faces of the people whose little children are my brothers, my sisters... 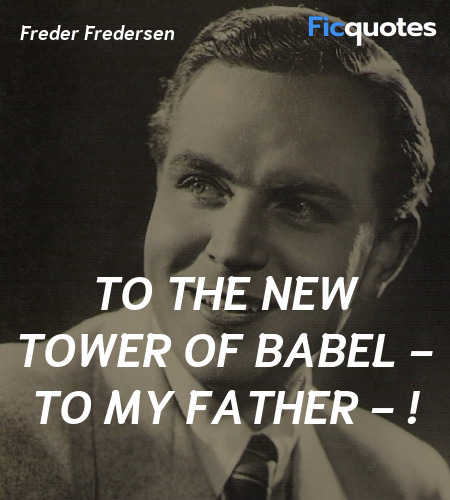 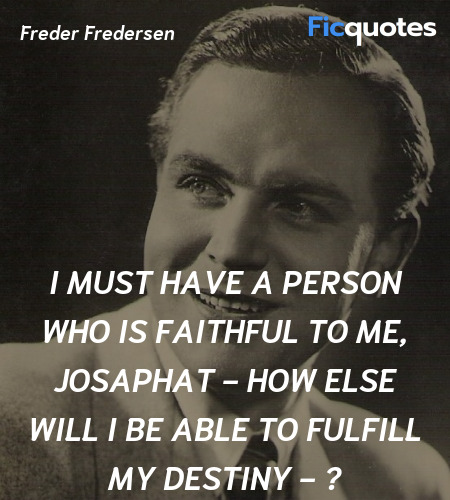 I must have a person who is faithful to me, Josaphat - how else will I be able to fulfill my destiny - ?

She is the most perfect and most obedient tool which mankind ever possessed! Tonight you will see her succeed before the upper ten thousand. You will see her dance...

Come! It is time to give the Machine-Man your face!

What if one day those in the depths rise up against you?

Maria: HEAD and HANDS need a mediator. THE MEDIATOR BETWEEN HEAD AND HANDS MUST BE THE HEART!
Worker #1: But where is our mediator, Maria - ?
Maria: Wait for him! He will surely come!
Worker #2: We will wait, Maria...! But not much longer - - !

Today I will tell you the legend of THE TOWER OF BABEL... "Come, let us build us a tower whose top may reach unto the stars! And the top of the tower we will write the words: Great is the world and its Creator! And great is Man!" But the minds that had conceived the Tower of Babel could not build it. The task was too great. So they hired hands for wages. But the hands that built the Tower of Babel knew nothing of the dream of the brain that had conceived it. BABEL. BABEL. BABEL. BABEL. One man's hymns of praise became other men's curses. People spoke the same language, but could not understand each other...

Leave the machines - ! Let them race to their death -! To the Heart Machine - !

Let's all watch as the world goes to the devil!