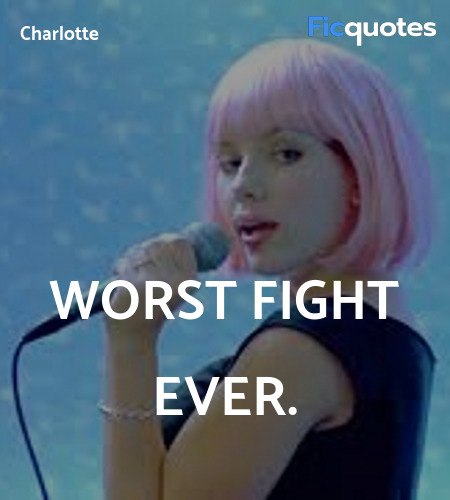 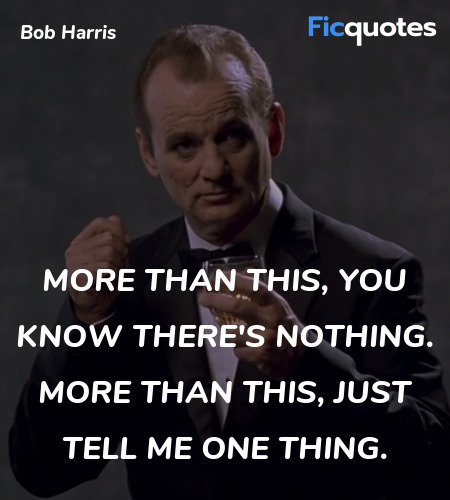 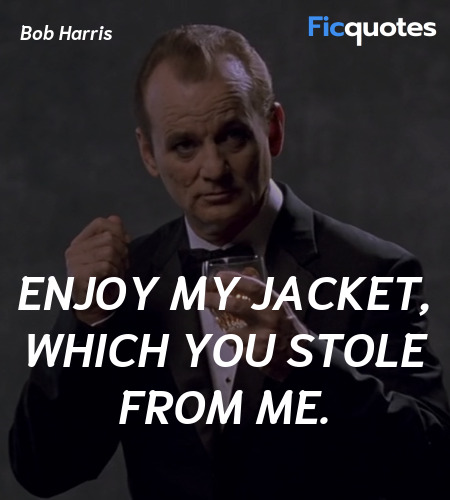 Enjoy my jacket, which you stole from me. 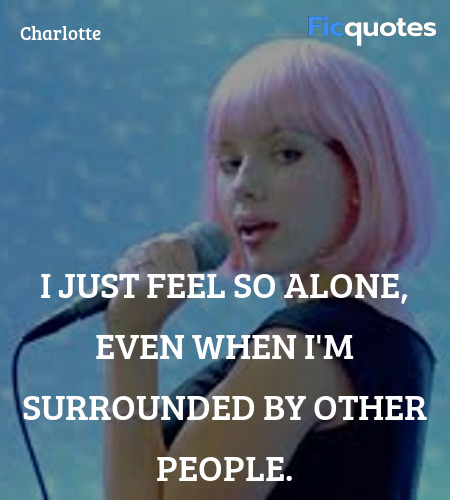 I just feel so alone, even when I'm surrounded by other people.

You're probably just having a mid-life crisis. Did you buy a Porsche yet?

I don't get that close to the glass until I'm on the floor.

Ms. Kawasaki: Welcome to Tokyo.
Bob: Thank you very much.
Ms. Kawasaki: My name is Kawasaki. Nice to meet you.
Bob: I've heard of you. Thank you.

Let's never come here again because it would never be as much fun.

Ms. Kawasaki: He want you to turn and look in camera. Okay?
Bob: Is that all he said?

Short and sweet? How very Japanese of you.

Charlotte: That was the worst lunch.
Bob: So bad. What kind of restaurant makes you cook your own food?

You want more mysterious? I'll just try and think, "Where the hell's the whiskey?"

Charlotte: 25 years. That's uh, well it's impressive.
Bob: Well you figure, you sleep one-third of your life, that knocks out eight years of marriage right there. So you're, y'know, down to 16 in change. You know you're just a teenager, at marriage, you can drive it but there's still the occasional accident.

Charlotte: I'm stuck. Does it get easier?

Bob: Can you keep a secret? I'm trying to organize a prison break. I'm looking for, like, an accomplice. We have to first get out of this bar, then the hotel, then the city, and then the country. Are you in or you out?
Charlotte: I'm in. I'll go pack my stuff.
Bob: I hope that you've had enough to drink. It's going to take courage.

Bob: I don't want to leave.
Charlotte: So don't. Stay here with me. We'll start a jazz band.

Charlotte: I just don't know what I'm supposed to be.
Bob: You'll figure that out. The more you know who you are, and what you want, the less you let things upset you.

I went to this temple and all these monks were chanting and I didn't feel anything. John's been using these hair products and I don't know who I married anymore.

I tried taking pictures, but they were so mediocre. I guess every girl goes through a photography phase. You know, horses... taking pictures of your feet.