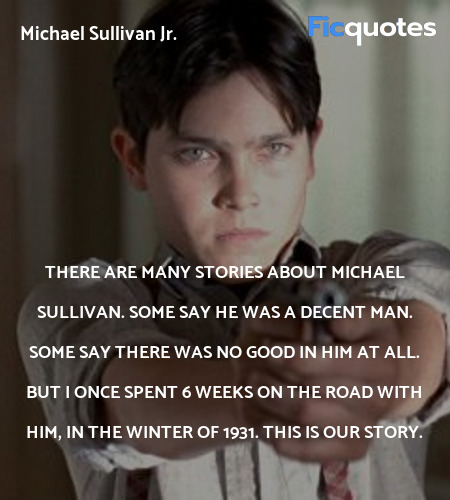 There are many stories about Michael Sullivan. Some say he was a decent man. Some say there was no good in him at all. But I once spent 6 weeks on the road with him, in the winter of 1931. This is our story. 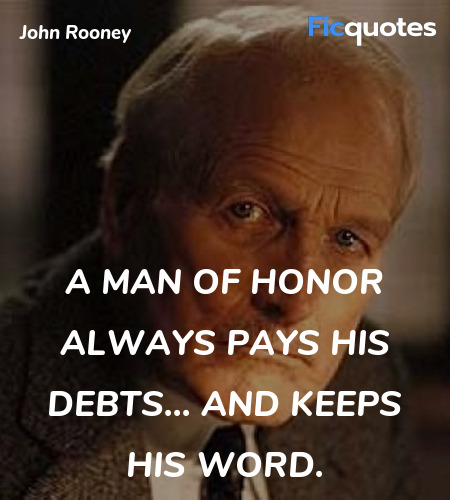 A man of honor always pays his debts... and keeps his word. 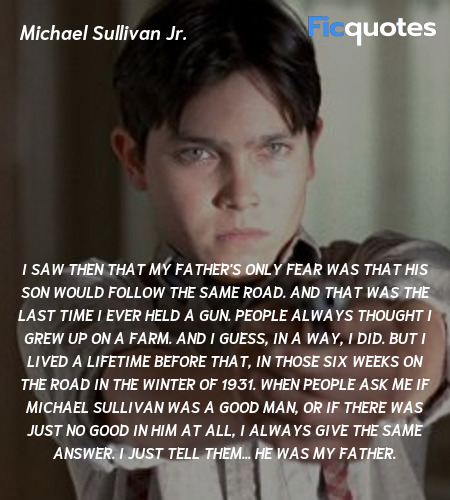 I saw then that my father's only fear was that his son would follow the same road. And that was the last time I ever held a gun. People always thought I grew up on a farm. And I guess, in a way, I did. But I lived a lifetime before that, in those six weeks on the road in the winter of 1931. When people ask me if Michael Sullivan was a good man, or if there was just no good in him at all, I always give the same answer. I just tell them... he was my father. 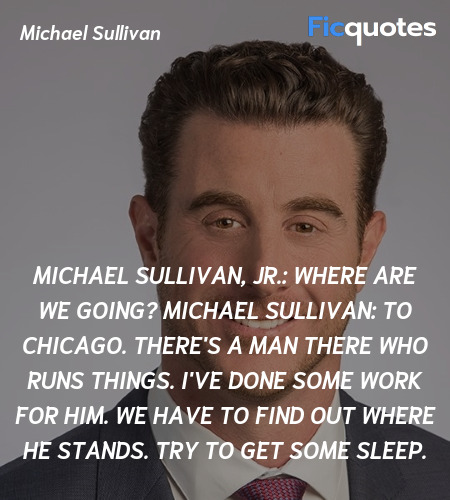 Michael Sullivan, Jr.: Where are we going?
Michael Sullivan: To Chicago. There's a man there who runs things. I've done some work for him. We have to find out where he stands. Try to get some sleep.

What men do after work is what made us rich. No need to screw them at work as well.

Michael Sullivan, Jr.: Does Mama know?
Michael Sullivan: Your mother knows I love Mr. Rooney. When we had nothing, he gave us a home... a life... and we owe him.

Natural law. Sons are put on this earth to trouble their fathers.