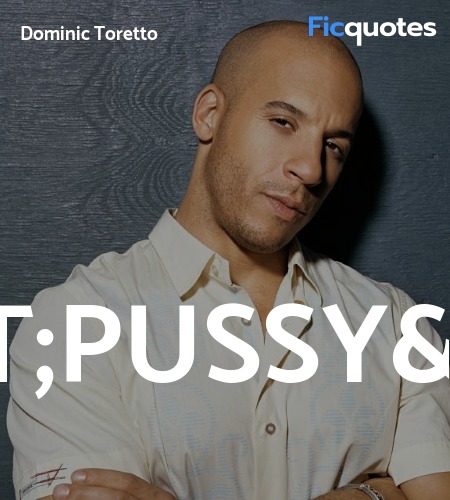 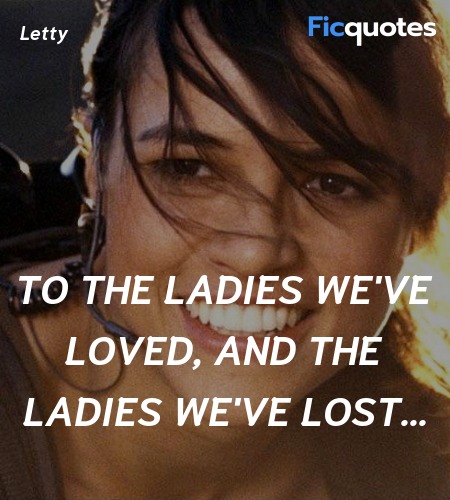 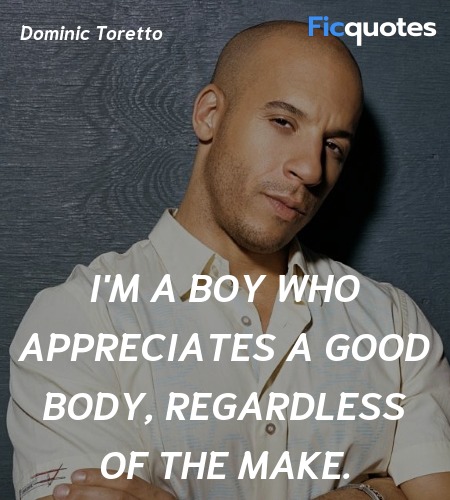 I'm a boy who appreciates a good body, regardless of the make. 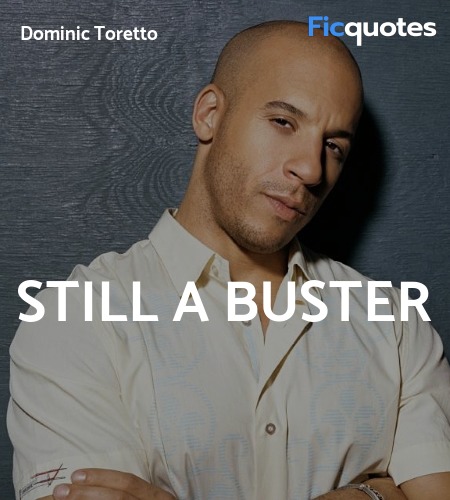 Dominic Toretto : It starts with the eyes. She's gotta have those kind of eyes that can look right through the bullshit, to the good in someone. 20% angel, 80% devil. Down to earth. Ain't afraid to get a little engine grease under her fingernails.
Gisele Harabo : That doesn't sound anything like me.
Dominic Toretto : It ain't.

Han : I thought we'd be robbing banks by now, not some gas truck in the middle of nowhere.
Letty : Down here, gas is gold, papa!

Han : I thought we'd be robbing banks by now, not some gas truck in the middle of nowhere.
Letty : Down here, gas is gold, papa!

Mia Toretto : How do you say goodbye to your only brother?
Dominic Toretto : You don't.

Mia Toretto : Let this go. Before it's too late.
Dominic Toretto : It's already too late.

Brian O'Conner : What I did to you was wrong. I'm sorry, it was the hardest thing I ever had to do.
Mia Toretto : I'm sorry too, Brian. I'm so sorry that you had to come into my home and pretend to love me. I'm so sorry you ripped my family apart. I'm very sorry that that was hard for you.

A lot has changed.

A real driver knows exactly what's in his car.

Agent Sophie Trinh : So which car do you want?
Brian O'Conner : All of them.

Agent Sophie Trinh : How do you know?
Brian O'Conner : Because that's something I'd drive.

Brian O'Conner : You asked me why I let Dom go. I did it, because at that moment, I respected him more than I did myself. One thing I've learned from Dom is that nothing really matters unless you have a code.
Mia Toretto : And what's your code, Brian?
Brian O'Conner : I'm working on it.