Directed by: Peter Weir
Written by: Tom Schulman
Starring: Robin Williams, Robert Sean Leonard, Ethan Hawke
Released on: June 9, 1989
Taglines: He was their inspiration. He made their lives extraordinary. 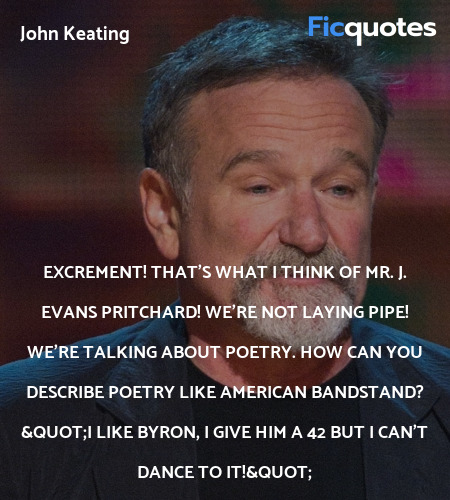 Excrement! That's what I think of Mr. J. Evans Pritchard! We're not laying pipe! We're talking about poetry. How can you describe poetry like American Bandstand? "I like Byron, I give him a 42 but I can't dance to it!" 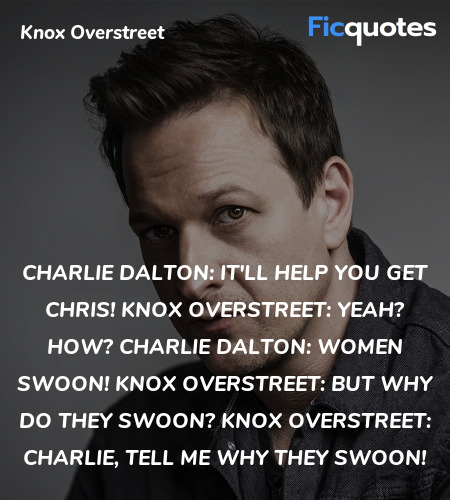 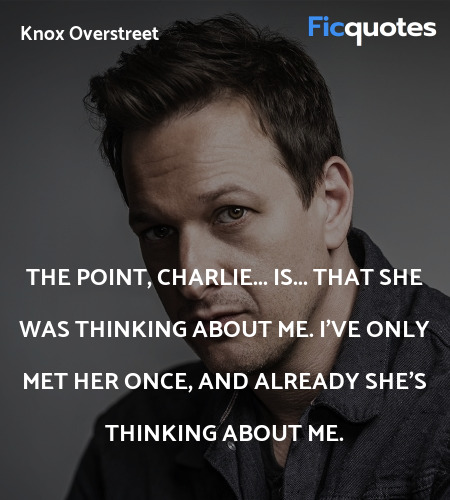 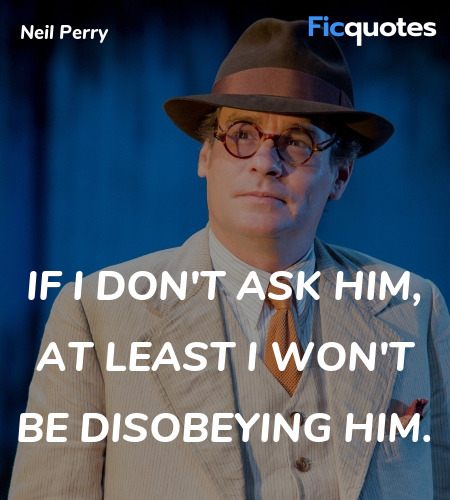 If I don't ask him, at least I won't be disobeying him.

Now, don't just walk off the edge like lemmings! Look around you!

Phone call from God. If it had been collect, that would have been daring!

They're not that different from you, are they? Same haircuts. Full of hormones, just like you. Invincible, just like you feel. The world is their oyster. They believe they're destined for great things, just like many of you. Their eyes are full of hope, just like you. Did they wait until it was too late to make from their lives even one iota of what they were capable? Because you see, gentlemen, these boys are now fertilizing daffodils. But if you listen real close, you can hear them whisper their legacy to you. Go on, lean in. Listen. You hear it?... Carpe... Hear it?... Carpe. Carpe diem. Seize the day, boys. Make your lives extraordinary.

Gerard Pitts: Too bad.
Knox Overstreet: It's worse than "too bad," Pittsie. It's a tragedy. A girl this beautiful in love with such a jerk.
Gerard Pitts: All the good ones go for jerks. You know that.

Boys, you must strive to find your own voice. Because the longer you wait to begin, the less likely you are to find it at all. Thoreau said, "Most men lead lives of quiet desperation." Don't be resigned to that. Break out!

Todd Anderson: You want me out? Fine, I'm out.
Neil Perry: No, I want you in, but being in means you have to do something. Not just saying you're in.

No matter what anybody tells you, words and ideas can change the world.

I was good. I was really good.

This is a battle, a war, and the casualties could be your hearts and souls.

I was the intellectual equivalent of a 98-pound weakling! I would go to the beach and people would kick copies of Byron in my face!

Sucking the marrow out of life doesn't mean choking on the bone.

Mr. Anderson! Don't think that I don't know that this assignment scares the hell out of you, you mole!

It's not the Bible, you're not gonna go to Hell for this.

We're not laughing at you. We're laughing near you.

I SOUND MY BARBARIC YAWP OVER THE ROOFTOPS OF THE WORLD.

O Captain, my Captain. Who knows where that comes from? Anybody? Not a clue? It's from a poem by Walt Whitman about Mr. Abraham Lincoln. Now in this class you can either call me Mr. Keating, or if you're slightly more daring, O Captain my Captain.

John Keating: Now we all have a great need for acceptance, but you must trust that your beliefs are unique, your own, even though others may think them odd or unpopular, even though the herd may go,
John Keating: "that's baaaaad." Robert Frost said, "Two roads diverged in the wood and I, I took the one less traveled by, and that has made all the difference."