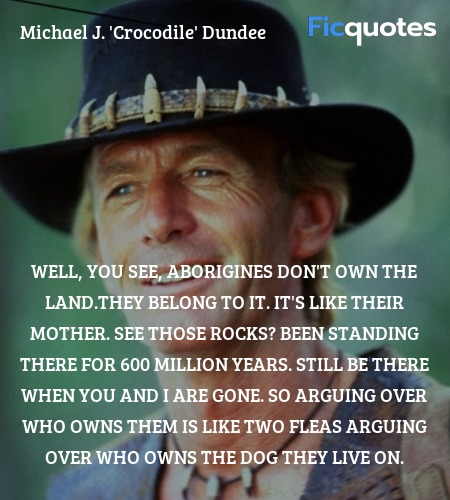 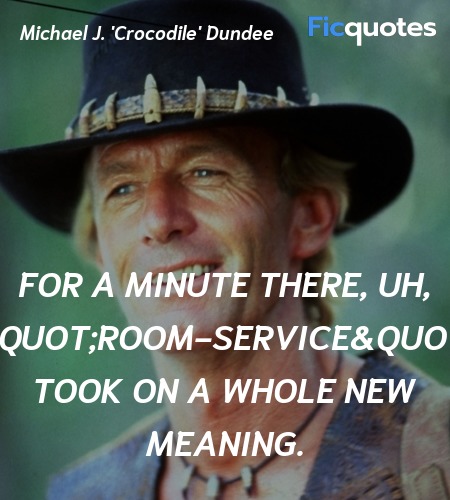 For a minute there, uh, "room-service" took on a whole new meaning. 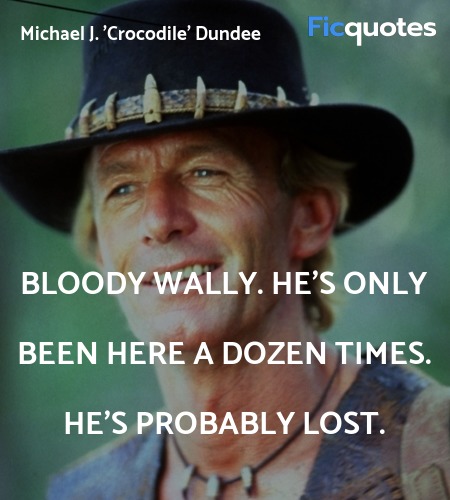 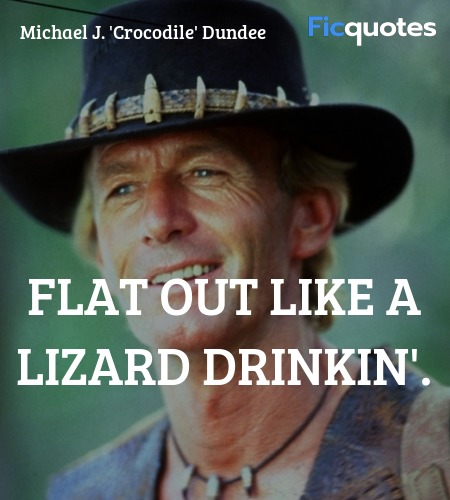 Michael J. "Crocodile" Dundee : Two beers, Ida. One for me, and one for me mate.
Ida : One for your mate! Ya mad bugger!

I don't mean to put down your black widow spider, but the funnelweb spider can kill a man in eight seconds, just by lookin' at him.