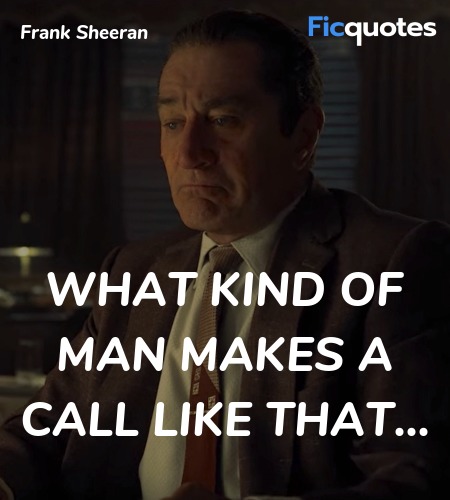 What kind of man makes a call like that... 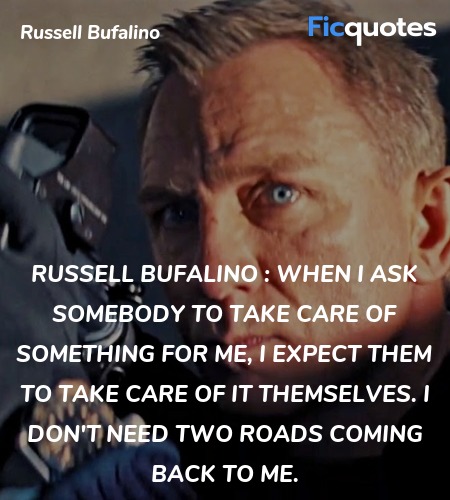 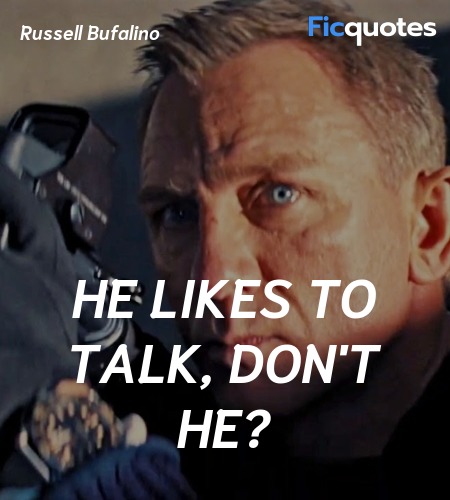 He likes to talk, don't he? 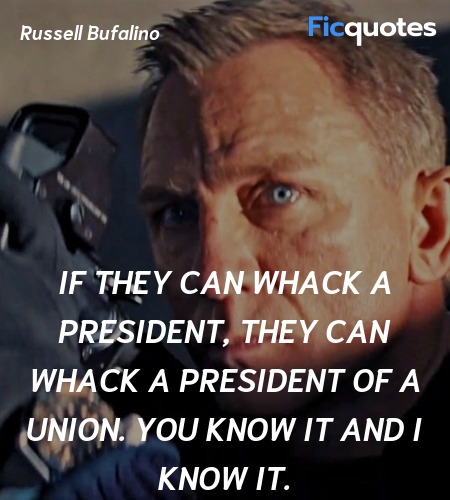 You might be demonstrating a failure to show appreciation.

You always charge a guy with a gun! With a knife, you run away.

They talked about it all the time. She came from mob royalty, if you want to call it that. To them, it was like they came over on the... the Italian Mayflower.

Jimmy Hoffa : I am sitting in a room... full of fuckin' idiots. You dumb motherfuckers! You know what you did? You take Johnny O'Rourke's kid and you put him on as general organizer, pay thirty-six fucking grand, at the same time... you let him sell insurance to his fucking father's...

Jimmy Hoffa : To his fucking father's... to his fucking father's... LOCALS!
Jimmy Hoffa : Damn it! How do you do that? How STUPID can you be? That fucking cocksucker Kennedy has got his nose up my ass everywhere I go! You don't know that they're hounding me? They're looking at everything I do, and you let this happen in public! You're giving it to him!
Jimmy Hoffa : I'm going to jail. You understand? I'm going to prison... because of you. You dumb motherfuckers. This is what you wanted. You wanted to put me in jail. Tell me now so I can kill you... right here.
Jimmy Hoffa : Right here!

Frank Sheeran : When I was young, I thought house painters painted houses. What did I know? I was a working guy. A business agent for Teamster Local 107 out of South Philly.
Frank Sheeran : One of a thousand working stiffs... until I wasn't no more. And then I started painting houses... myself.

Russell had a piece of everything. He had this store in Pittston called Penn Drape & Curtains. And he ran everything out of there. Who knew what it all was? I mean, I'm sure the man had partners. They always have partners. Nobody keeps all the money. But everybody listened to Russ. That I can tell you. You wanted to bribe a judge, you asked Russell. You didn't know how much to bribe him, Russell was gonna tell you. You wanna promote one of your guys, Russ would tell you you could or you could not. You wanna make somebody disappear, you gotta get Russell's permission. You know, no two ways about it. And when you did something for Russ, you did it yourself. Like Russ used to say...