Directed by: Ridley Scott
Written by: Hampton Fancher, David Webb Peoples
Starring: Harrison Ford, Rutger Hauer, Sean Young
Released on: June 25 ,1982
Taglines: The star of "RAIDERS OF THE LOST ARK" and the director of "ALIEN" take you on a spectacular journey to the savage world of the year 2019!! 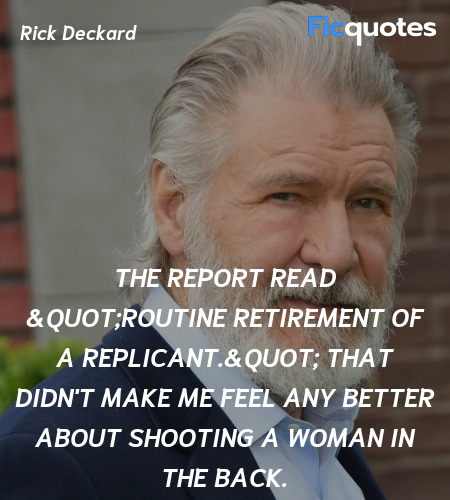 The report read "Routine retirement of a replicant." That didn't make me feel any better about shooting a woman in the back. 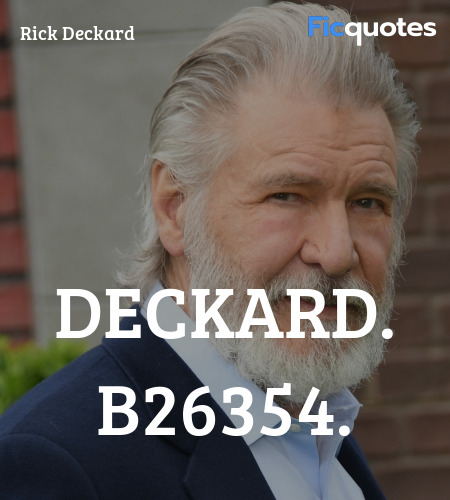 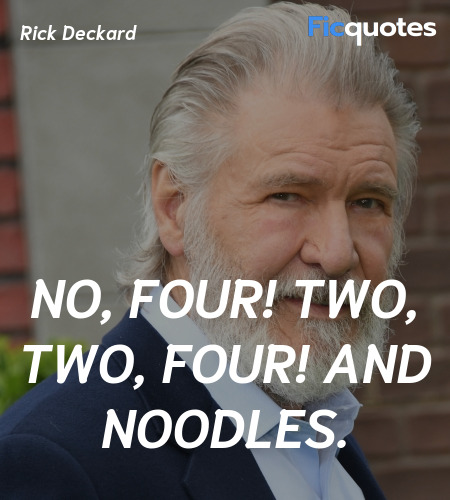 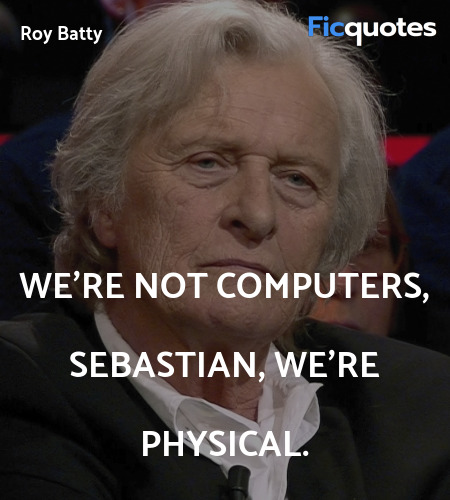 I've seen things you people wouldn't believe. Attack ships on fire off the shoulder of Orion. I watched C-beams glitter in the dark near the Tannhauser gate. All those moments will be lost in time... like tears in rain... Time to die.

Sushi. That's what my ex-wife called me - cold fish.

They don't advertise for killers in the newspaper. That was my profession. Ex-cop. Ex-blade runner. Ex-killer.

Fiery the angels fell. Deep thunder rolled around their shoulders... burning with the fires of Orc.

That Voight-Kampf test of yours. Have you ever tried to take that test yourself?

You'd better get it up, or I'm gonna have to kill you!

That was irrational of you... not to mention unsportsmanlike.

Not very sporting to fire on an unarmed opponent. I thought you were supposed to be good. Aren't you the "good" man? C'mon, Deckard. Show me what you're made of.

I don't know why he saved my life. Maybe in those last moments he loved life more than he ever had before. Not just his life - anybody's life; my life. All he'd wanted were the same answers the rest of us want. Where did I come from? Where am I going? How long have I got? All I could do was sit there and watch him die.

Quite an experience to live in fear, isn't it? That's what it is to be a slave.

They call me The Blade Runner.

We're in the clear. Running fast. North on the old Richter route passed the mountains. I told her about Batty on the roof dying, making every second count. I told her I loved her. She told me it was the happiest day of her life. She told me she loved me too. I figured I wouldn't get the headaches or the shakes anymore, not for a while. It was good enough for me, I hope it was good enough for her.

I'm from the, uh, Confidential Committee on Moral Abuses.

Gaff had been there and let her live. 4 years he figured. He was wrong. Tyrell had told me Rachel was special. No termination date. I didn't know how long we had together. Who does?

That's no way to treat a friend.

Gaff had been there, and let her live. Four years, he figured. He was wrong. Tyrell had told me Rachael was special. No termination date. I didn't know how long we had together... Who does?

I have had people walk out on me before, but not... when I was being so charming.