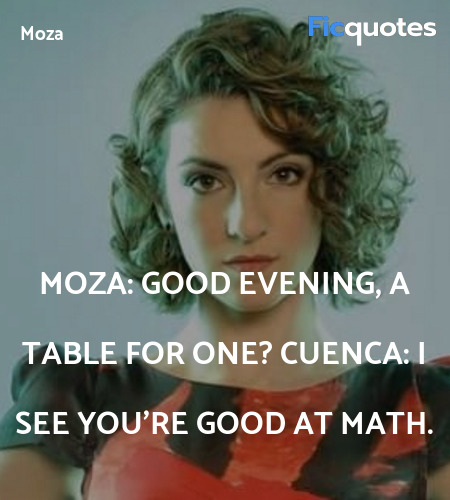 Moza: Good evening, a table for one?
Cuenca: I see you're good at math. 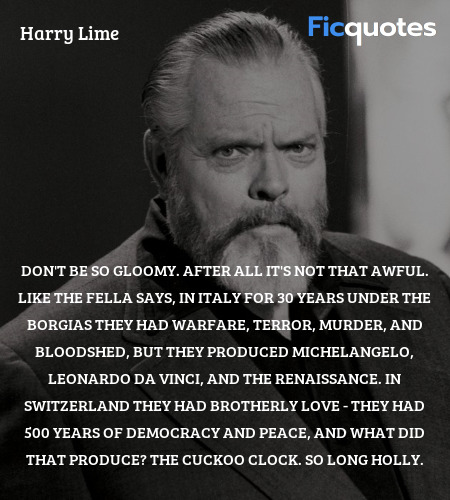 Don't be so gloomy. After all it's not that awful. Like the fella says, in Italy for 30 years under the Borgias they had warfare, terror, murder, and bloodshed, but they produced Michelangelo, Leonardo da Vinci, and the Renaissance. In Switzerland they had brotherly love - they had 500 years of democracy and peace, and what did that produce? The cuckoo clock. So long Holly. 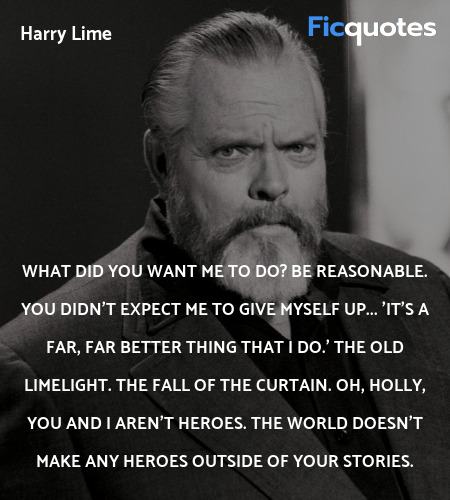 What did you want me to do? Be reasonable. You didn't expect me to give myself up... 'It's a far, far better thing that I do.' The old limelight. The fall of the curtain. Oh, Holly, you and I aren't heroes. The world doesn't make any heroes outside of your stories.