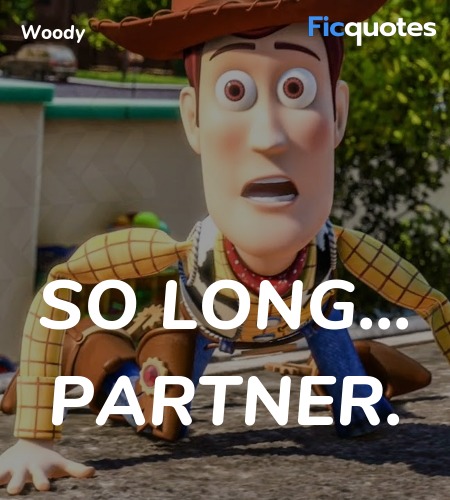 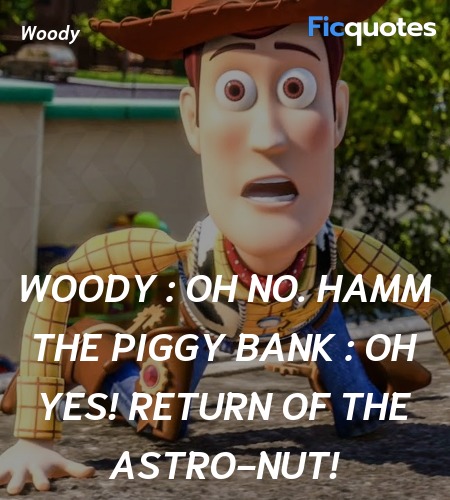 Woody : Oh no.
Hamm the Piggy Bank : Oh yes! Return of the Astro-Nut! 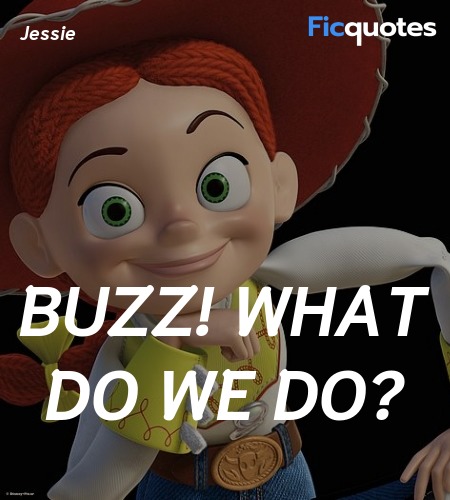 Buzz! What do we do? 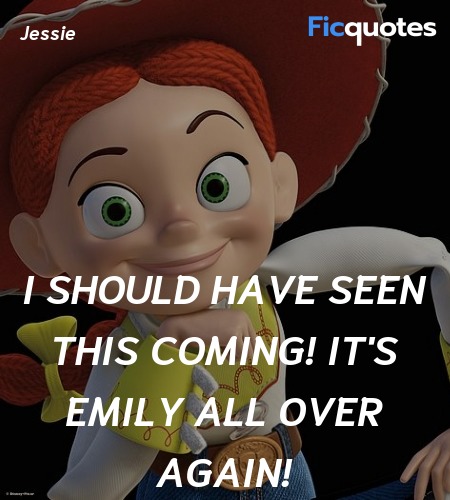 I should have seen this coming! It's Emily all over again!

Hogtie the mailman! We gotta get you home before Andy leaves tomorrow!

Woody : Look, I just need to get out of here...
Buttercup : There is no way out!
Buttercup : Just kidding. Door's right over there.

Chuckles : We were lost, cast-off, unloved, unwanted. Then we found Sunnyside. But Lotso wasn't my friend anymore. He wasn't anyone's friend. He took over Sunnyside and rigged the whole system.
Woody : So, how'd you get out?
Chuckles : I got broke. Bonnie found me, took me home. Other toys... they weren't so lucky. It ain't right what Lotso done. New toys... they don't stand a chance.

Dolly : Wow, cowboy. You just jump right in, don't you? I'm Dolly.
Woody : Woody.
Dolly : Woody? You're gonna stick with that? Well, now's the time to change it, you know, new room and all. That's coming from a doll named Dolly.

We're going in the attic now, folks. Keep your accessories with you at all times. Spare parts, batteries, anything you need for an orderly transition

Jessie : This isn't a family! It's a prison! You're a liar and a bully and I'd rather rot in this dumpster than join any family of yours!
Barbie : Jessie's right! Authority should derive from the consent of the governed, not from the threat of force!