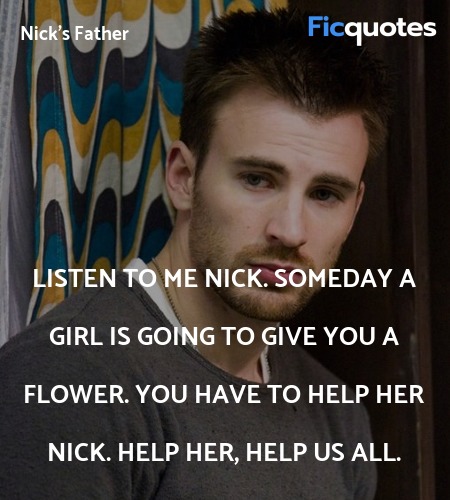 Listen to me Nick. Someday a girl is going to give you a flower. You have to help her Nick. Help her, help us all. 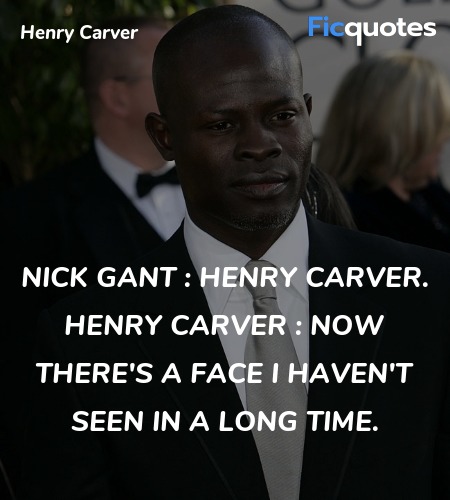 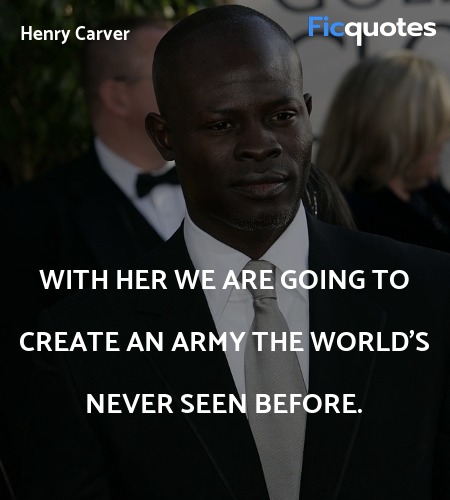 With her we are going to create an army the world's never seen before. 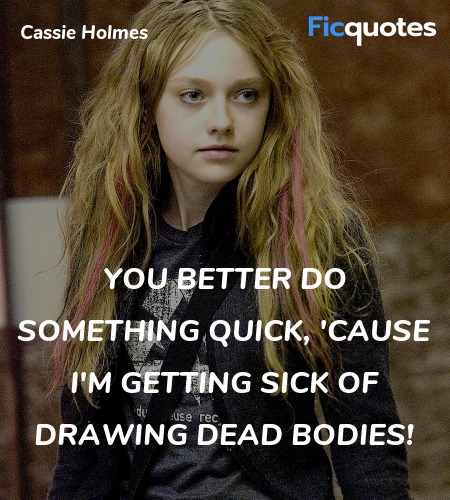 You better do something quick, 'cause I'm getting sick of drawing dead bodies!

Emily Hu : Are you with division?
Cassie Holmes : Are you looking at us?

Pop Girl : You make me look like a fool in front of my family!
Cassie Holmes : Don't worry. You won't remember a thing.

I think I just saved your life. No need to thank me, you should just start listening to me.

I am thirteen. And I'm empowering my youth.

Young Nick : Dad, what's happening?
Nick's Father : I need you to listen to me, like we're the last two people on the planet, okay Nick? Someday, a girl is going to give you a flower. You got that? A flower. And you have to help her, Nick. You help her, and you help us all. Okay? I know it doesn't make any sense right now, but I believe the woman who told me that. Do you think you can believe me?
Nick's Father : I love you. Know how I've said that you were special Nick? Turns out that I was right.

Henry Carver : Is there anything else she might've put in your head? I'm only asking because I don't want to be shot in the face for screwing some made-up sister you don't really have.
Agent Mack : I don't have a sister?

Agent Mack : The only thoughts in my head are my own.
Henry Carver : You willing to risk your life on that?
Agent Mack : Yes, sir.
Henry Carver : Then put the gun in your mouth and pull the trigger. Don't worry. You already checked it. It's not loaded.

There are special people in this world. We don't ask to be special. We're just born this way. We pass you on the streets every day, unnoticed by most. It started in 1945. The Nazis were conducting experiments in psychic warfare, trying to turn those with psychic abilities into soldiers. Lots of us died. The war ended, but the experiments never stopped. Other governments around the world set up what they called "divisions", trying to do what the Nazis couldn't, to turn us into weapons. The divisions agents are trained to track and hunt us down like animals. Take us away from our families and friends. They test us and categorize us. I'm what they call a Watcher. We can see the future, even if that's not always as simple as it sounds. Others are called Movers; just an easy way of saying telekinetic. Pushers put thoughts in your head, and make whatever lie they come up with the truth. Sniffs, Shifters, Shadows, Bleeders... it goes on and on. In divisions' eyes, we're all just lab rats. Only one problem - we keep dying. No one has ever survived the drug meant to boost our powers. My name is Cassie Holmes. Division took my mom from me. Right now, the future I see doesn't look so great. The good news is, the future is always changing, in the largest of ways, by the smallest of things. They've been winning a lot of battles. Now it's our turn to win the war.

Please don't make me do anything to myself.

We hope you enjoyed reading Push quotes. Browse other movie quotes on Ficquotes also. If you think we missed any quote from Push, please send it to us so we can expand our collection of the best Push quotes.