Directed by: James Mangold
Written by: Mark Bomback (screenplay), Scott Frank
Starring: Hugh Jackman, Will Yun Lee, Tao Okamoto
Released on: July 26, 2013
Taglines: The fight of his life will be for his own

Logan : I'm gonna get her.
Harada : We are grateful for your protection of Mariko. But there is one more sacrifice you must make for her family.
Logan : Go fuck yourself, pretty boy! 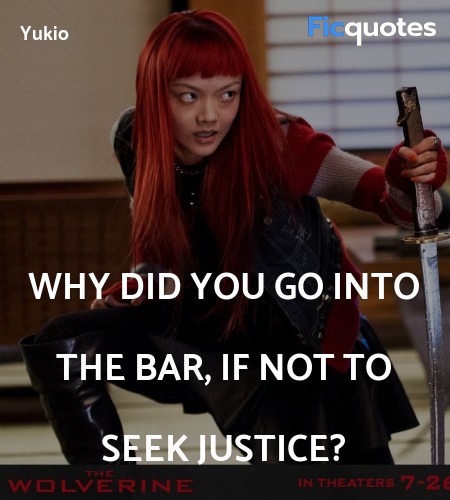 Why did you go into the bar, if not to seek justice? 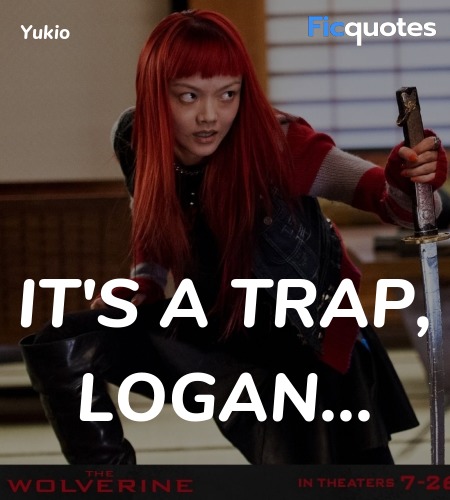 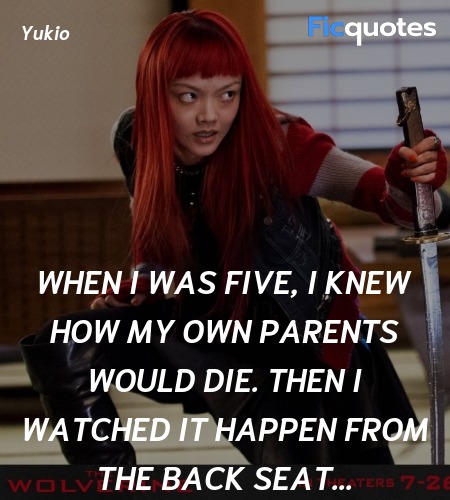 When I was five, I knew how my own parents would die. Then I watched it happen from the back seat... 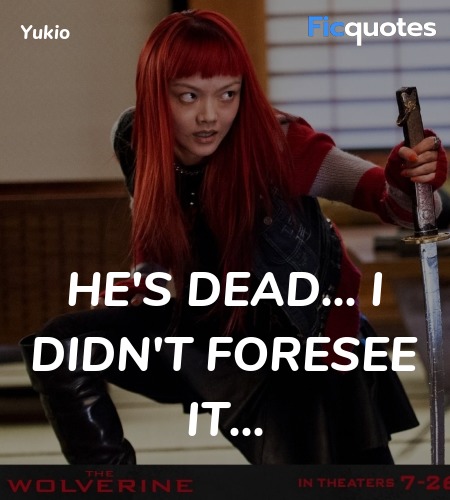 This sword is hundreds of years old and was named Danzan by the first samurai who used it. Danzan means "separator" in Japanese. The ideal weapon for separating head and limb from body.

Yashida : Logan-san, don't look so shocked. With you at my side, I survived Nagasaki. Surely, I could survive this... It's all right. It won't take long. Dr. Green and I have been waiting. It's only this armor that's kept me alive. We built it to make me strong, so I can take what you would not give. And transfer your unwanted healing to my body. My legacy must be preserved. Your mistake was to believe that a life without end can have no meaning - it is the only life that CAN.
Yashida : Hold on... We are almost there! The peace, the peace you've wanted. Your reward. You know, I'm giving you the very death you longed for. This feeling to be invincible, like you...
Mariko : You are a monster!
Yashida : Mariko, it's me! Your grandfather!
Mariko :I buried my grandfather!

Harada : The Viper woman is evil, but we both know that. But she's a mean to an end. An end your grandfather wanted. You need to trust me. Is that hard? We were meant to be together. We still can be.
Mariko : Perhaps.

You tried to kill your daughter. Live with that.

Harada : I see you've come to fight. It's pointless. You're weak. You're outnumbered. The Black Clan has protected the House of Yashida for 700 years.
Logan : Is that all the men you brought?

Logan : Damn. That hurt.
Logan : Sorry, Jean.
Yukio : I wouldn't bother with them. Most of them will die soon anyway, without your help. Three of them, a week from now in the same truck.

Logan : What do you want?
Magneto : There are dark forces, Logan. Human forces building a weapon that could bring about the end of our kind. What do I want? I want your help.
Logan : Why would I trust you?
Magneto : You wouldn't.
Charles Xavier : Hello, Logan.
Logan : How is this possible?
Charles Xavier : As I told you a long time ago, you are not the only one with gifts.

Yukio : Stay away from him.
Shingen : He killed your master, put hands on your sister. And now you want him? You'll always be a beggar.
Yukio : You're crazy.

Shingen : Your gaijin friend, where is he?
Yukio : Last I saw, he was protecting your daughter.
Shingen : You are a toy doll. A companion for a child who has outgrown you. Keep that in mind

Viper : I'm sorry, I wish I could say more, but I was hired in part for my discretion.
Logan : I'm sure you were.
Viper : That and a certain talent for combining biochemistry and metaphysics. High-grade toxins are my specialty. It helps to be genetically immune to every poison known to man, as I am. And immune to the toxin that is man himself as I am.
Logan : I'll tell you what, you twisted mutant bitch, why don't you open these bracelets and we'll see who's made of what?
Viper : The claws. Now we can begin.

Logan : I can do this all day, you twisted mutant bitch!
Viper : You have courage... but that won't save you now.