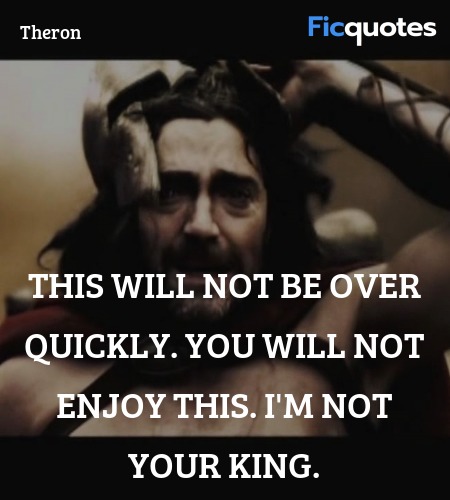 This will not be over quickly. You will not enjoy this. I'm not your king. 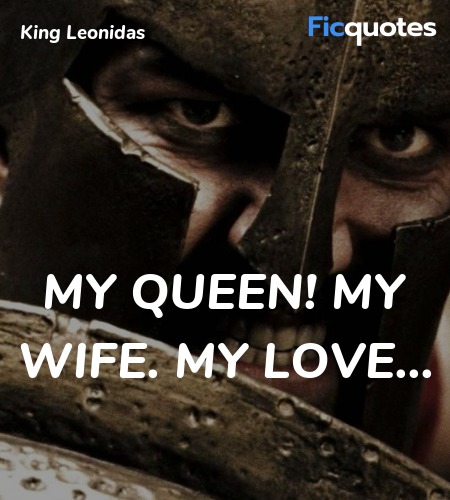 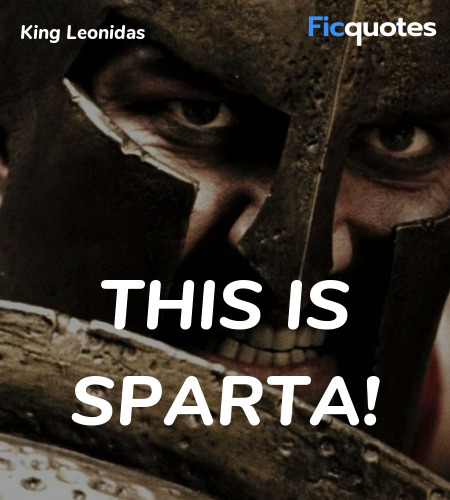 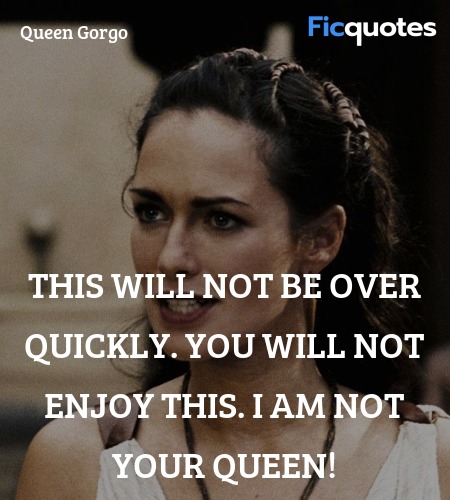 This will not be over quickly. You will not enjoy this. I am not your Queen!

When the boy was born, like all Spartans, he was inspected.

"Remember us." As simple an order as a king can give. "Remember why we died." For he did not wish tribute, nor song, nor monuments nor poems of war and valor. His wish was simple. "Remember us," he said to me. That was his hope, should any free soul come across that place, in all the countless centuries yet to be. May all our voices whisper to you from the ageless stones, "Go tell the Spartans, passerby, that here by Spartan law, we lie."

Those behind cry, "FORWARD!" Those in front cry, "BACK!"

Freedom isn't free at all, that it comes with the highest of costs. The cost of blood.

You there, Ephialtes. May you live forever.

Hundreds leave, a handful stay. Only one looks back.

Immortals... we put their name to the test.

His helmet was stifling, it narrowed his vision. And he must see far. His shield was heavy. It threw him off balance. And his target is far away.

The Ephors choose only the most beautiful Spartan girls to live among them as oracles. Their beauty is their curse. For the old wretches have the needs of men... and souls as black as hell.

The god-king has betrayed a fatal flaw: Hubris. Easy to taunt, easy to trick. Before wounds and weariness have taken their toll, the mad king throws the best he has at us. Xerxes has taken the bait.

They have served the dark will of Persian kings for five hundred years. Eyes as dark as night... teeth filed to fangs... soulless. The personal guard to King Xerxes himself; the Persian warrior elite. The deadliest fighting force in all of Asia... the Immortals.

It's been more than thirty years since the wolf and the winter cold. And now, as then, a beast approaches; patient and confident, savoring the meal to come. This beast is made of men and horses, swords and spears. An army of slaves vast beyond imagining, ready to devour tiny Greece, ready to snuff out the world's one hope for reason and justice. A beast approaches.

It's been more than thirty years since the wolf and the winter cold. And now, as then, it is not fear that grips him, only restlessness. A heightened sense of things. The seaborn breeze, coolly, kissing the sweat at his chest and neck. Gulls cawing, complaining, even as they feast on the thousands of floating dead. The steady breathing of the 300 at his back, ready to die for him without a moment's pause. Everyone of them ready, to die.

Xerxes dispatches his monsters from half the world away. They're clumsy beasts, and the piled Persian dead are slippery.

King Leonidas : Captain, I leave you in charge.
Captain : But, sire...
King Leonidas : Relax, old friend. If they assassinate me, all of Sparta goes to war. Pray they're that stupid. Pray we're that lucky.
King Leonidas : Besides, there's no reason we can't be civil, is there?
Captain : None, sire.

Captain : They look thirsty!
King Leonidas : Well, let's give them something to drink! To the cliffs!

Taught never to retreat, never to surrender. Taught that death on the battlefield in service to Sparta was the greatest glory he could achieve in his life.

The old ones say we Spartans are descended from Hercules himself. Bold Leonidas gives testament to our bloodline. His roar is long and loud.

The captain's cries of pain at the loss of his son are more frightening to the enemy than the deepest battle drums. It takes three men to restrain him and bring him back to our own.

Immortals... they fail our king's test. And a man who fancies himself a god feels a very human chill crawl up his spine.

"Goodbye my love." He doesn't say it. There's no room for softness... not in Sparta. No place for weakness. Only the hard and strong may call themselves Spartans. Only the hard, only the strong.

There's only one woman's words that should affect the mood of my husband. Those are mine.

I am not here to represent Leonidas; his actions speak louder than my words ever could. I am here for all those voices which cannot be heard: mothers, daughters, fathers, sons - three hundred families that bleed for our rights, and for the very principles this room was built upon. We are at war, gentlemen. We must send the entire Spartan army to aid our king in the preservation of not just ourselves, but of our children. Send the army for the preservation of liberty. Send it for justice. Send it for law and order. Send it for reason. But most importantly, send our army for hope - hope that a king and his men have not been wasted to the pages of history - that their courage bonds us together, that we are made stronger by their actions, and that your choices today reflect their bravery.

Queen Gorgo : Do not be coy or stupid, Persian. You can afford neither in Sparta!
Messenger : What makes this woman think she can speak among men?
Queen Gorgo : Because only Spartan women give birth to real men!

Children, gather round! No retreat, no surrender; that is Spartan law. And by Spartan law we will stand and fight... and die. A new age has begun. An age of freedom, and all will know, that 300 Spartans gave their last breath to defend it!

You have many slaves, Xerxes, but few warriors. It won't be long before they fear my spears more than your whips.

We hope you enjoyed reading 300 quotes. Browse other movie quotes on Ficquotes also. If you think we missed any quote from 300, please send it to us so we can expand our collection of the best 300 quotes.