A 2017 comic book action movie, second live action reboot of Spider-Man franchise. Starring Tom Holland as Peter Parker and Spider-Man this movie revolves around the school and superhero life of Peter. Peter tries to balance his High school life while fighting crime wearing his new suit given to him by Tony Stark. When he tries to fight Adrian Toomes (Vulture) and lies to Tony, Tony takes his suit back. Now peter has to impress his crush Liz and fight Vulture all without his suit. 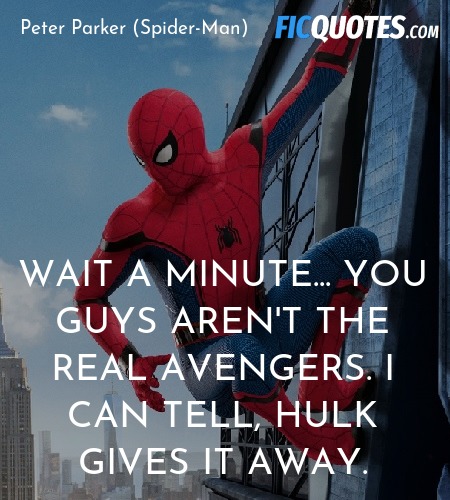 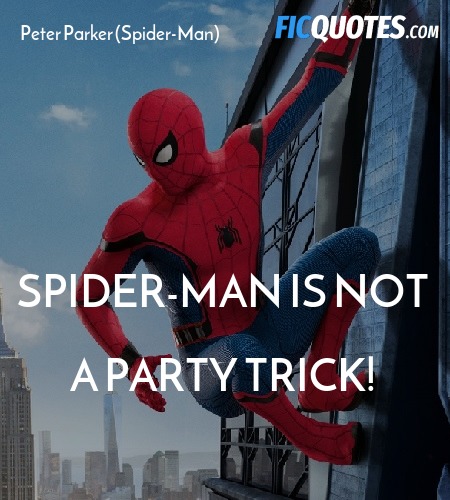 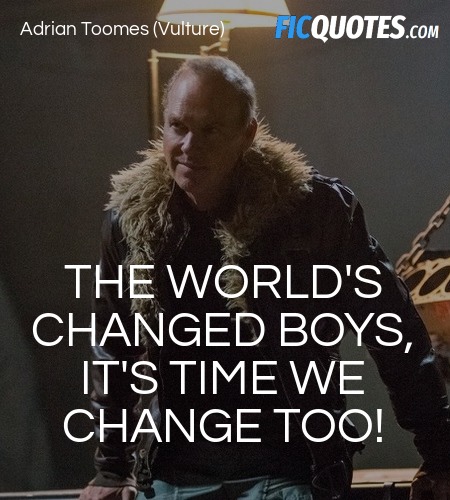 The world's changed boys, it's time we change too!

You need to understand, I will do anything to protect my family.

Eight years without any trouble from those bozos over at Stark Tower, and then this little bastard in red tights shows up, and he thinks he can tear down everything I've built. 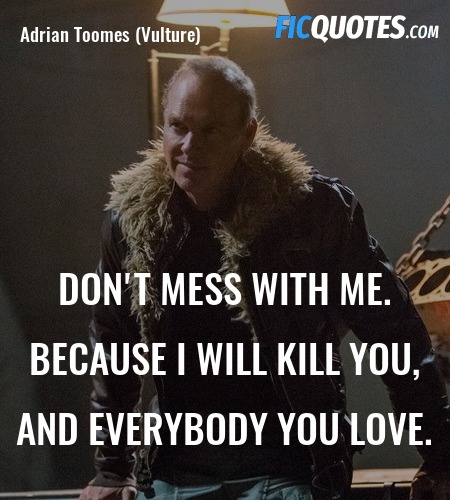 Don't mess with me. Because I will kill you, and everybody you love.

Spider-Man Homecoming homecoming wait, you're not the real avengers

Spider-Man: Homecoming | clip - It's Time We Changed Too