Star Wars: The Last Jedi movie quotes present yet another edition of the Star Wars epic space fantasy film series. It is the second Star Wars sequel film. Produced by Lucasfilm and distributed by Disney, The Last Jedi is directed by Rian Johnson.

Rey, a Force-sensitive scavenger from the desert planet has developed her newfound abilities with the help of Luke Skywalker the son of Anakin. Luke is anxious because of Rey's powers. Luke soon finds out plans of Resistance to do battle with the First Order. Star Wars: The Last Jedi has some wonderful quotes and one-liners. You can read all Star Wars The Last Jedi quotes here.

This is not going to go the way you think! 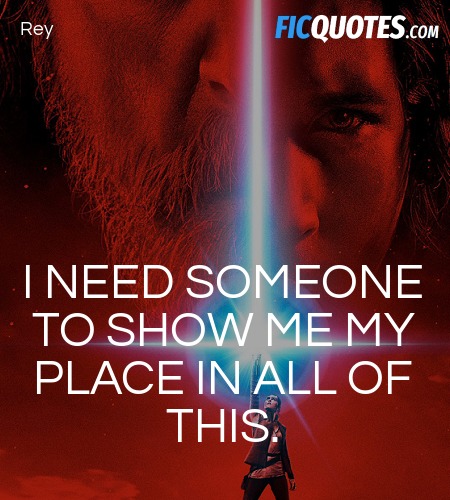 I need someone to show me my place in all of this. 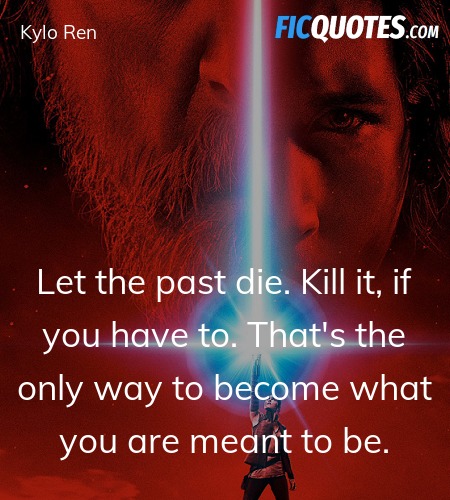 Let the past die. Kill it, if you have to. That's the only way to become what you are meant to be. 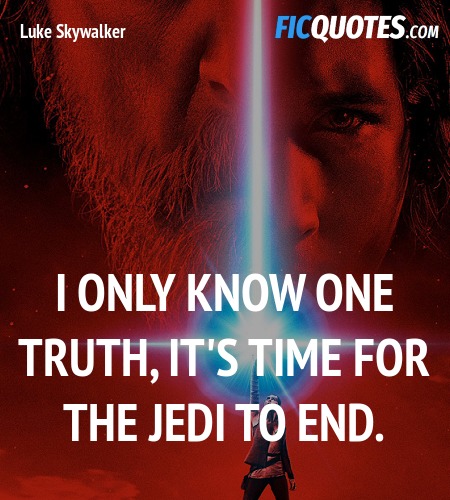 I only know one truth, it's time for the Jedi to end.

I felt something. it awakened, but now I need to know how to wield it.

Something inside me has always been there, but now it’s awake and I need help.

When I found you I saw raw untamed power, and beyond that, something truly special.

We are the spark, that will light the fire that'll burn the First Order down.

I was raised to fight. For the first time I have something to fight for.

I've seen this raw strength only once before. It didn't scare me enough then. It does now. [worried when he saw the powers of Rey]

Rey: Light. Darkness. And something else. It’s calling me.
Luke Skywalker: Resist it, Rey.

Darkness rises and light to meet it.

Poe Dameron: You must have a thousand questions.
Finn: Where’s Rey?

This is not going to go the way you think...

Star Wars: The Last Jedi Teaser, Quote - It's time for the jedi to end...